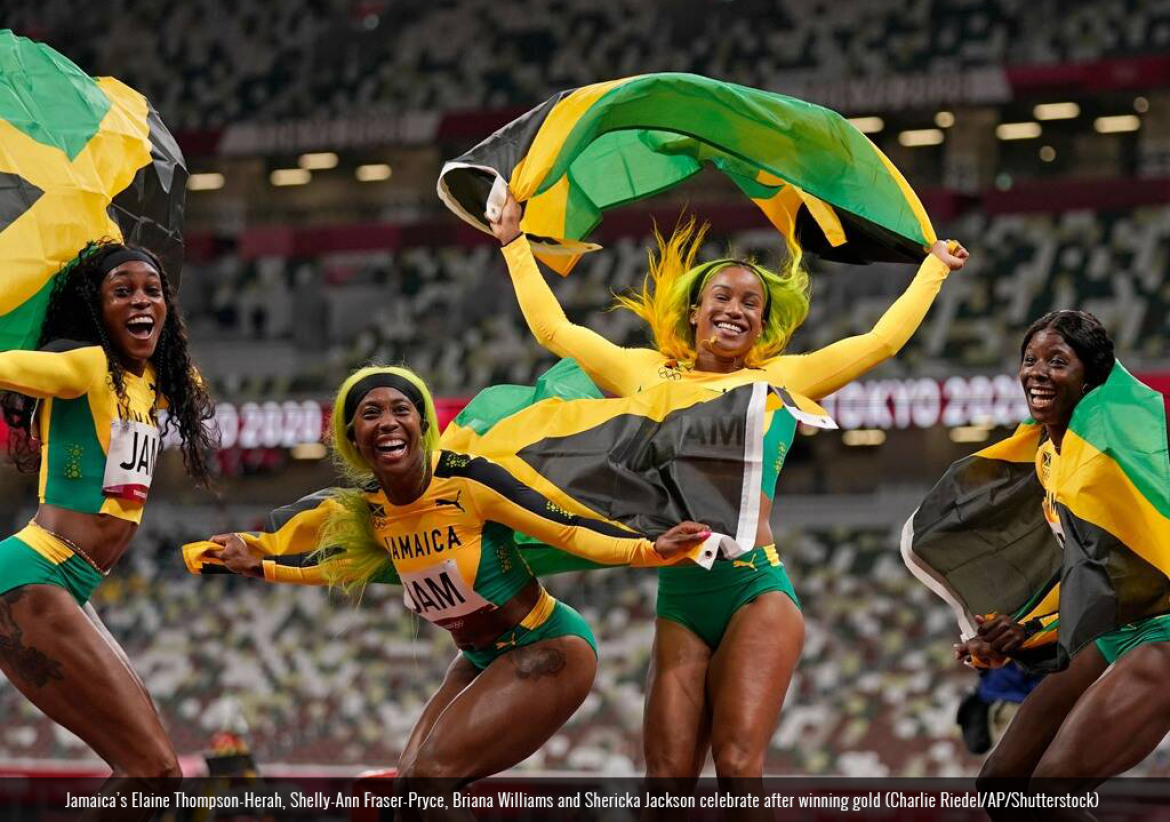 Jamaica’s three fastest women – Elaine Thompson-Herah, Shelly-Ann Fraser-Pryce and Shericka Jackson – teamed up for the first time since their 1-2-3 finish in the women’s 100m.

The occasion was the women’s 4x100m final. Briana Williams, the world U20 sprint double champion, completed the powerful Jamaican quartet. 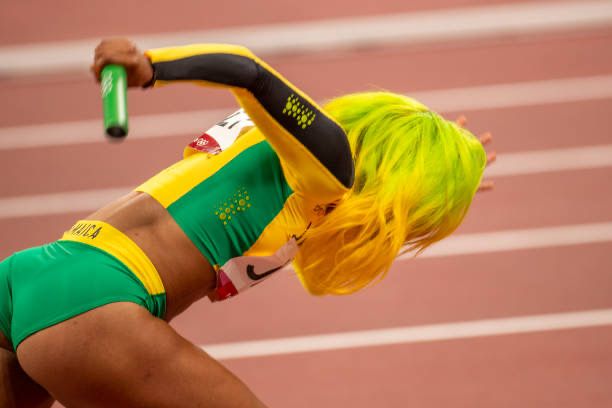 Despite parading some of the fastest women for the past four Olympics, the country had only one sprint relay title to show, which they won in 2004.

After the starter’s pistol sent them off, Williams sprinted from her blocks like an express elevator and scurried around the curve to hand off to Elaine Thompson-Herah, who was in search of her third gold medal at the games and fifth overall since Rio. 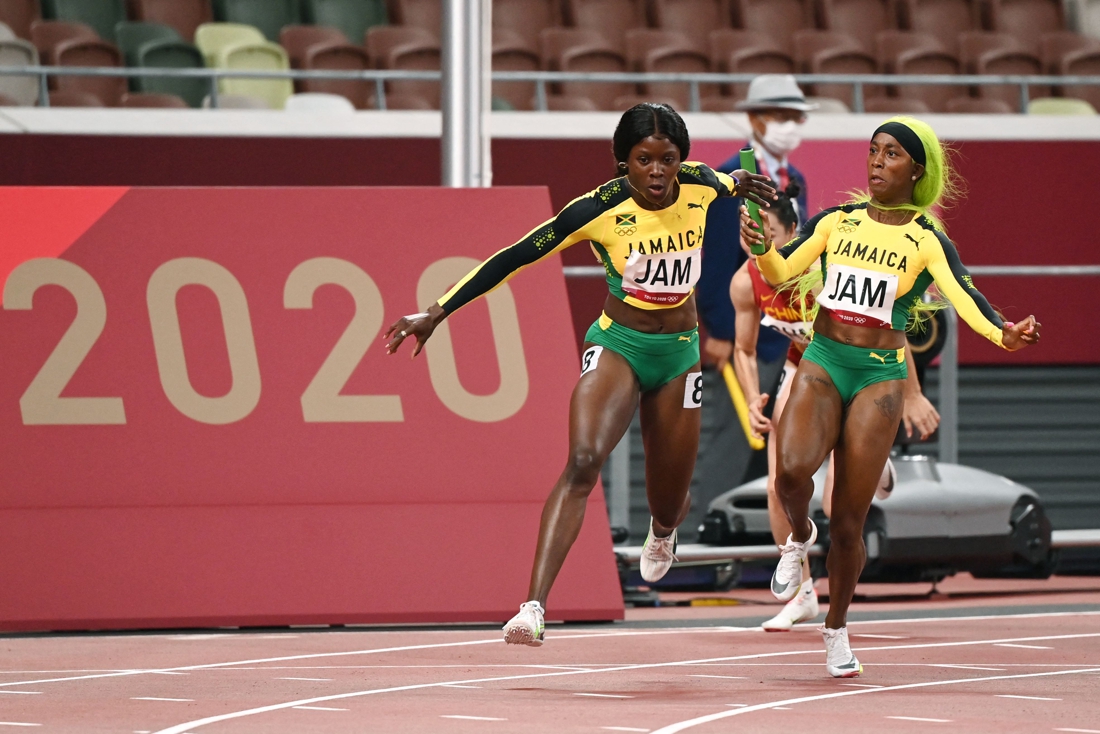 Thompson-Herah ran with unrelenting speed down the back straight to hand over to Fraser-Pryce, who ran a masterful third leg, which neutralized the threat of Dina Asher-Smith from Great Britain and Team USA’s Jenna Prandini.

Jackson, on anchor, was seeking redemption after an earlier miscalculation in the women’s 200m heats, which caused her restless nights.

After receiving the baton with a comfortable cushion from Fraser-Pryce, Jackson set about chasing Olympic glory. She increased the margin between herself and American Gabrielle Thomas to burst the tape in 41.02 seconds, a new national record and the second-fastest time in history behind the world record of 40.82.

“The feeling is surreal,” said Thompson-Herah. “We didn’t get the world record, but we got the national record on Independence Day, what more could we ask for.” 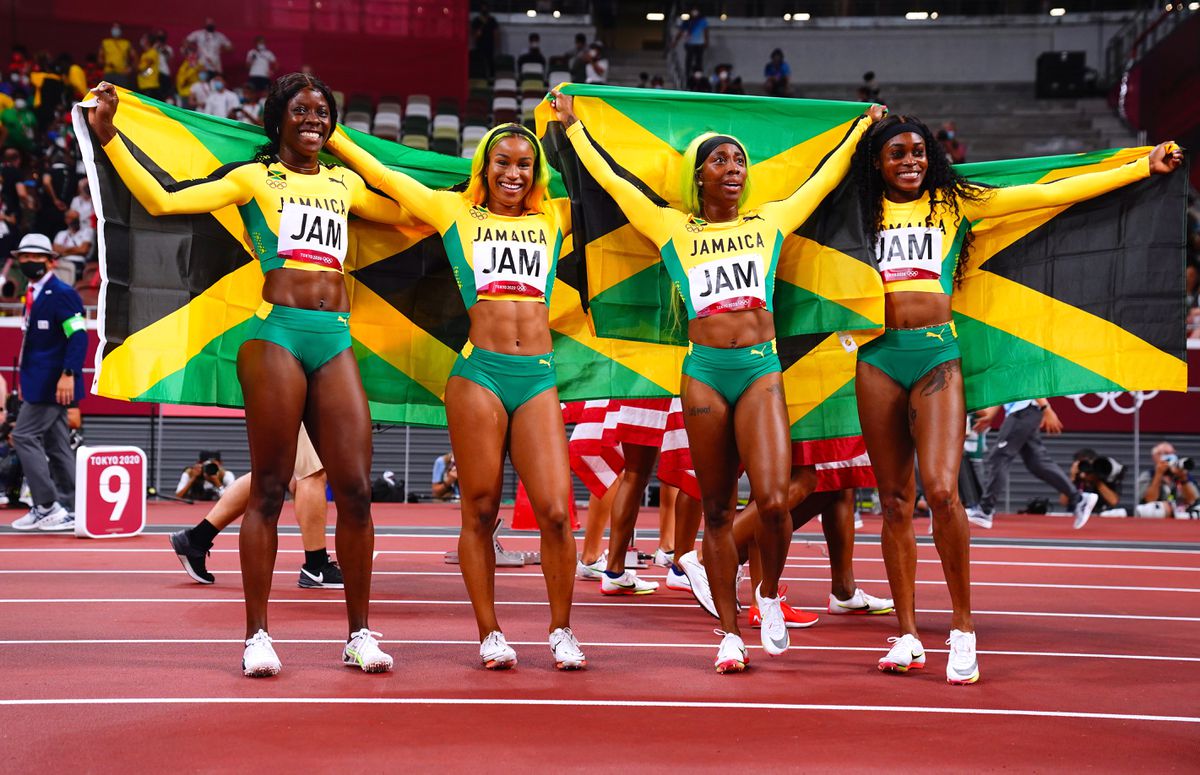 Fraser-Pryce was ecstatic, but measured in her response, “Honestly, we didn’t want to mess up. As senior athletes, we were ready for the opportunity to make sure we carried the stick around. We got a national record, we wanted the world record and wanted Elaine to get three gold medals, which she missed in Rio and now she has it. We could not have asked for anything else.”