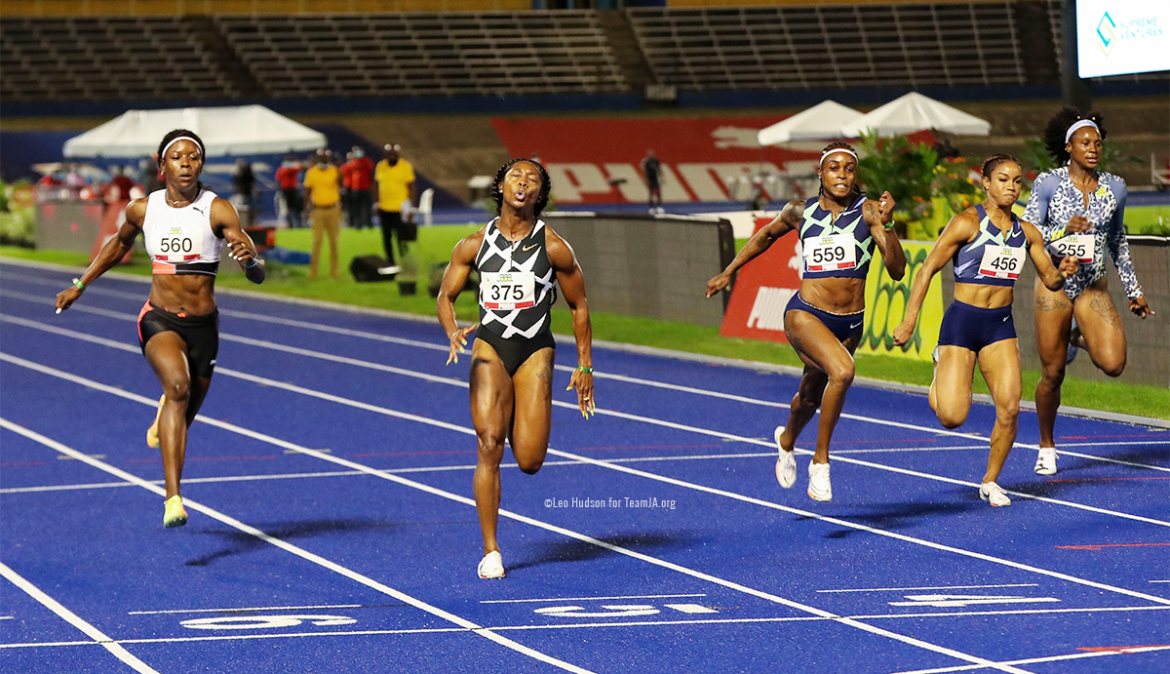 From all accounts, the women’s 100m final at the Tokyo Olympics is going to be remembered as a deeply moving historical event, which will echo in our hearts forever.

Since 2008, Jamaica has had a stranglehold on the women’s 100 metres at the Olympic Games.

Jamaica’s Shelly-Ann Fraser-Pryce at 5 feet tall stands head and shoulders below her fiercest competitors; however, whatever she lacks in height is made up with explosive speed. 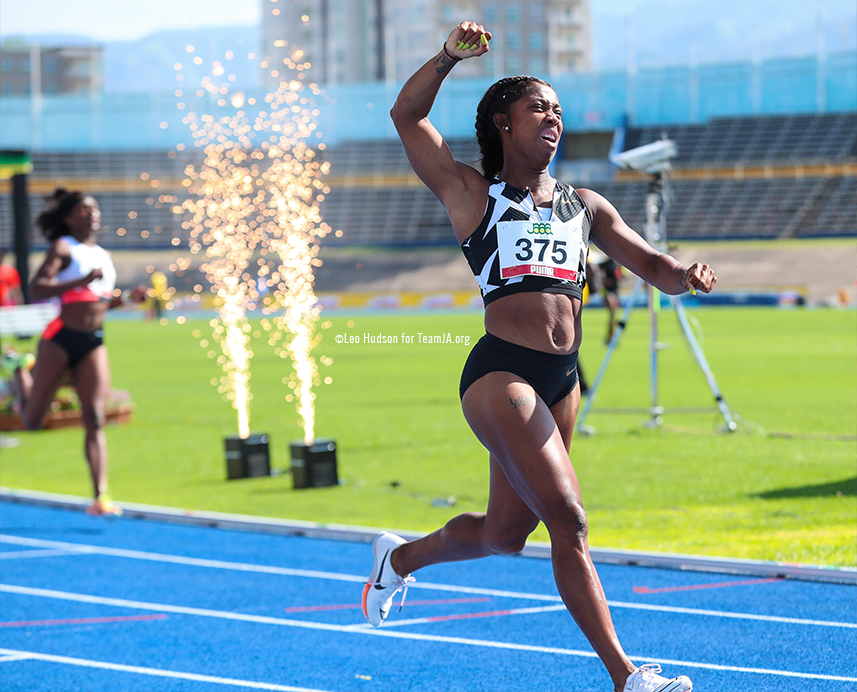 At 34, she is showing no signs of slowing down. In fact, only one woman in history (Florence Griffith-Joyner) has run quicker than Fraser-Pryce’s personal best of 10.63 seconds, which she registered on June 5, 2021.

“I am glad that I’m always so driven,” said Fraser-Pryce afterwards. “Running 10.6 seconds was one of those big dreams for me and I got that, an Olympic gold is also another big dream and that’s what I’m going for in Tokyo.” Jackson, who sits fourth on the world list after speeding to a 10.77 personal best, represents a clear and present danger to everyone. The 27-year-old, who is oozing with confidence and ready to put on a massive display in Tokyo, admitted that last year’s postponement of the Olympics due to the Covid-19 pandemic was a blessing in disguise, as it gave her sufficient time to recover from a shin fracture. 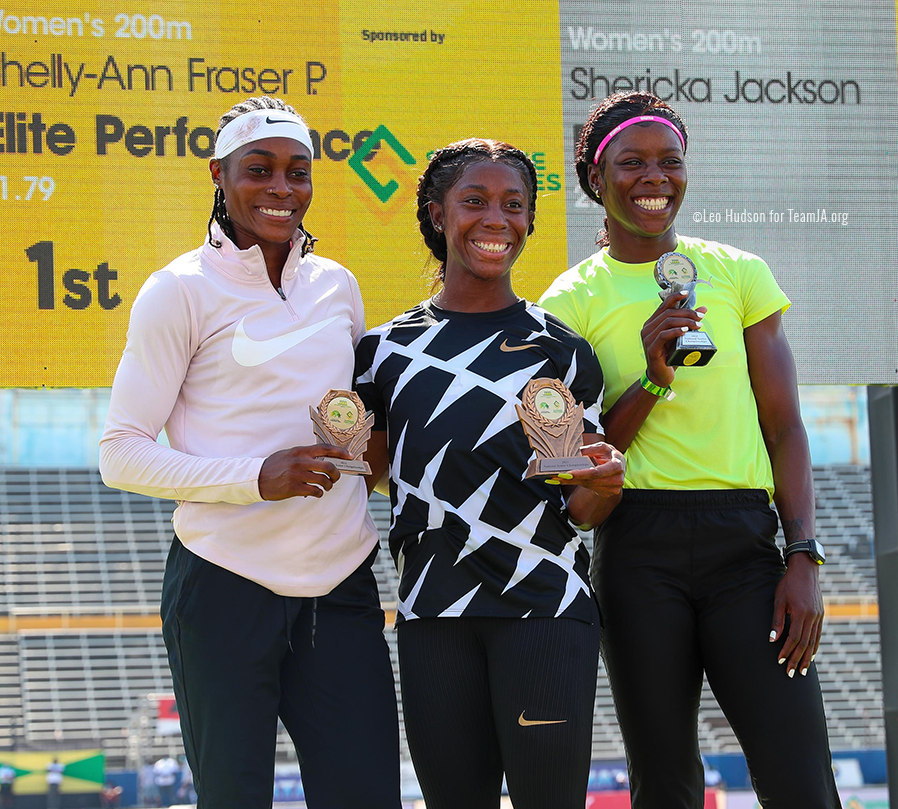 Thompson-Herah, the Rio Olympic champion, will be going all-out to defend her title and complete a potential podium sweep for Jamaica, similar to 2008.

Jamaicans were delighted to see Thompson-Herah run 10.71 in Hungary on July 6, 2021, equalling her second-fastest time ever, the third time she has done it.

Many Jamaicans are hoping Thompson-Herah will finally break her individual medal drought, which started after her Olympic triumph in 2016. 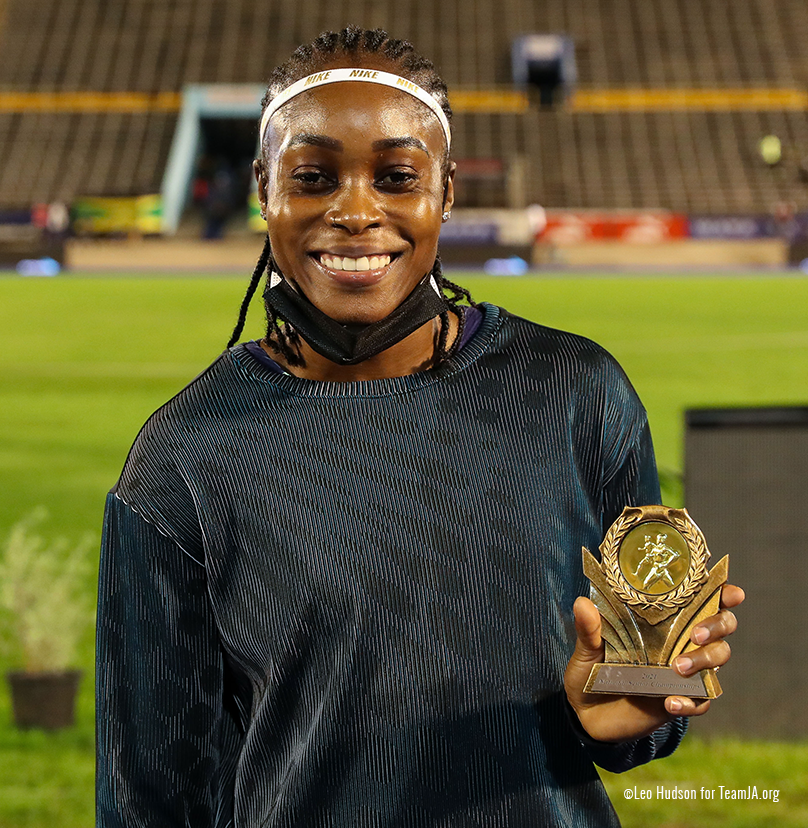 Thompson-Herah, who has never failed to make a global championship final since arriving on the international scene in 2015, will be hoping to put together her best race in years and return to the zenith of world sprinting.

Great Britain’s Dina Asher-Smith and Ivory Coast’s Marie-Josee TA Lou will pose the biggest threat to the Jamaicans finishing 1-2-3 in the 100m. Quiet for the start.