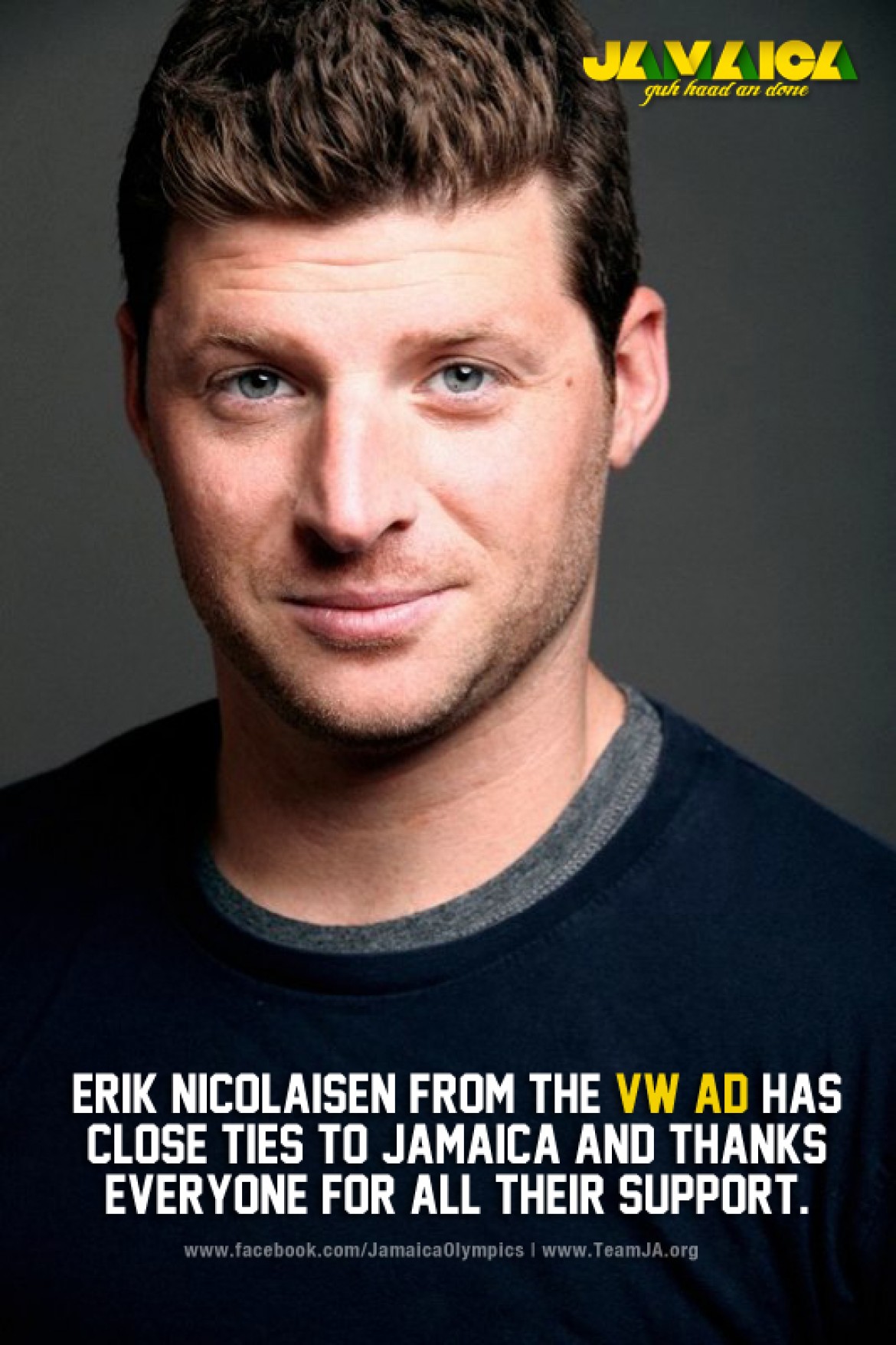 You are an experienced talent in the business, working on numerous commercials. How did you get to star in this commercial?

The creators of the commercial were looking to cast “a Midwestern American, 35-40, who speaks in a thick Jamaican accent.” My commercial agents knew that I could do an above-average patois, and they managed to get me in the room.  After an initial audition and a secondary audition, the creative team decided that I was their “Dave Johnson.” The rest is history.

It should be noted that without the amazing creative team at Deutsch LA and the genius Director Tom Kuntz, this commercial wouldn’t have seen the light of day.  I’m very grateful to be involved in this ad.

As a Jamaican, you were able to deliver a credible take of the accent for someone who is foreign to the culture. How difficult was it learning the accent?

Thick patois is difficult for me to mimic – and even harder to hear.  My brother-in-law comes from Jamaica, and to this day I can’t understand 80% of what he’s saying when he’s on the phone to his friends. I have been a lifelong reggae fan, and as a voice actor I have tried to put a little patois into my repertoire.  Going into the audition, I had a decent handle on the accent, but in order to be able to improve and riff for the commercial, I needed to have a more convincing accent and grasp of the vocabulary.  I got a ton of help from my brother-in-law to iron out some of the details, and provide me with some key patois phrases.

Do you like the Jamaican accent? Are you still saying ‘yeah mon’?

My wife told me I’m temporarily not allowed to speak patois around the house for a while. I drove her mad with my practicing for the commercial.  I imagine that a Jamaican, responding to his wife in a Minnesotan accent for 2 weeks straight would have the same affect.

There is a big controversy buzzing on the internet, that the commercial is racist. What are your thoughts on that?

People are free to have their own opinion on whether the spot is racist or not.  My brother-in-law comes from Kingston, by way of Linstead, and he loves the ad. I have his blessing, so I’m comfortable with the work. I had a long talk with him today about the “racism” claims, and he says he completely disagrees, as do Jamaican friends and family. “Out of Many, One People” is Jamaica’s motto he says, and on any day “a yard,” you hear Chinese, Black, Indian, and Caucasian Jamaicans all speaking in this same patois.

Did you get to meet Jimmy Cliff, who also stars in a commercial for the campaign? If yes, how was that experience?

Unfortunately, they had already finished his segment a week before we started shooting our spot, so I didn’t get to meet him. That’s too bad, because he was one of my idols as a kid – and my first reggae concert at 10 years old. As a matter of fact, I think the first two reggae cassettes I purchased as a kid were Black Uhuru Red & Jimmy Cliff’s Give Thankx–  I would have really enjoyed meeting him. I hear his new album is great too.

The VW America Marketing Officer Tim Mahoney said on CNN that “We obviously did our homework to make sure that we weren’t offensive.” While on set, what impression did you get from the creative people working on this commercial?

Frankly, I didn’t even consider that the commercial would come off as offensive. I was just busy on set trying to follow Tom Kuntz’ direction, remember lines, hit my mark, get my accent right – You don’t have time to take much else in. The Director, Agency, and Client all seemed pleased as far as I could gather.

It was helpful to have on set. When I’d get words or sentences that I needed to hear in patois, he’d help me out.   He was a nice guy, a Rasta musician from St. Ann’s parish I believe, now living here in LA.

What’s your day job and which state are you really from? Are you from Minnesota?

I live in Los Angeles with my wife and 2 year old son.  I come from Portland, Oregon, but I’ve been living in Southern California for about 10 years now. I’m an Actor first and foremost. Commercial and Voice-over have been my “bread and butter” as we say, but I’ve done film and television as well. I’ve done some writing and directing, and for a while I had a weekly comedy show at the Comedy Store.  I’m also the owner of a Painting / Mural company.  When I’m not acting I manage the clients and operations, and I keep my friends gainfully employed.  They’re some of the best artists in the world, check out their work: www.oldcityartists.com

Have you ever visited Jamaica?

I visited Jamaica in 2003. It was really great to finally see the island, after being a fan of the culture for so long.  I really only got to see the west side of the island, but it was great regardless. What stands out most is all the wonderful, strange food: guineps, ackee & saltfish, bammy cakes – we don’t have any of that here.

I almost got to go back a few months ago, as my sisters and their families spent christmas in Treasure Beach. I was invited, but unfortunately couldn’t make it.

I will be sending this interview to the Jamaica Tourist Board, would you like to experience the authentic Jamaican culture?

What would you like to say to Jamaicans (who are excited about the commercial) and to VW fans?

Thanks for the overwhelming support of this commercial.