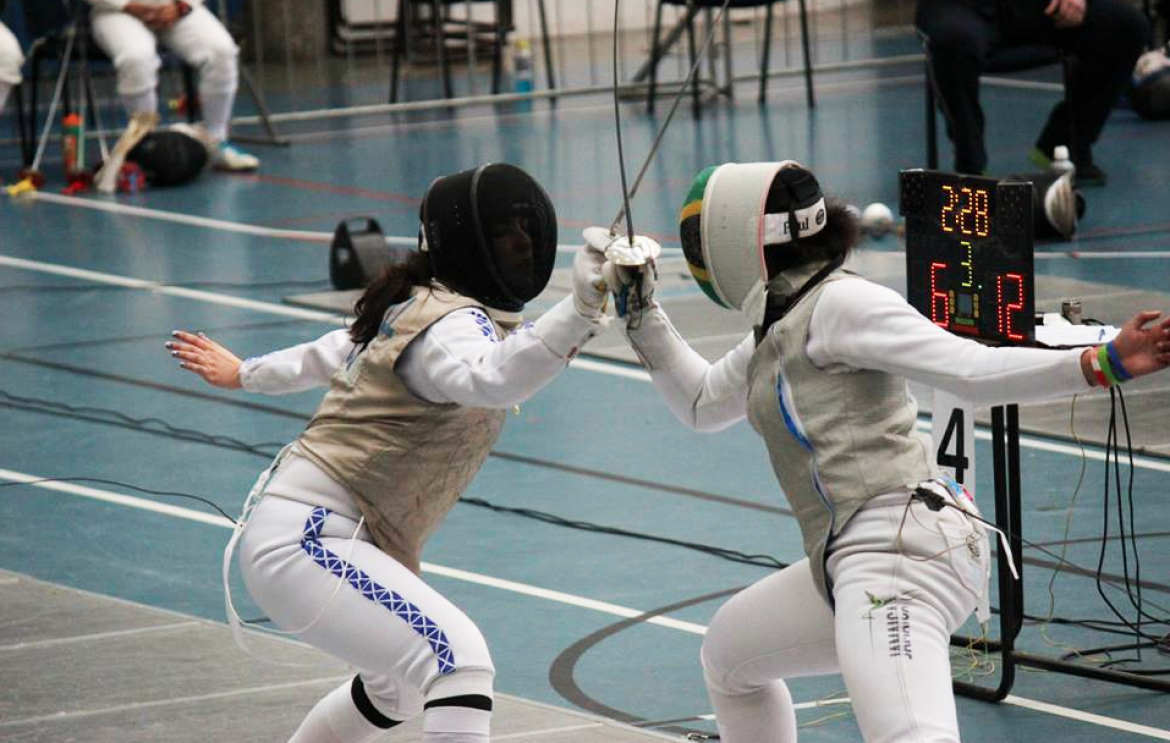 Jamaican fencer Tia Simms-Lymn has won double bronze at the Commonwealth Under-17 and Under-20 Fencing Championships in Cape Town.

Competing for Jamaica, the 16-year-old beat Rebecca Wakefield of England and Bonita Rui from Australia to reach the U17 semi-finals where she suffered a 14-8 defeat against Laura Sheffield of England.

In the U20 event she beat Ena Arora before winning against Australian Emily Principe in the quarter-finals, 15-12.

In an extremely close semi-final Simms-Lymn lost 15-14 to Elizabeth Powell from England.

Director of Modern Pentathlon and Fencing, Andy Hill, said: “This has rounded of a great year for Tia in which she has been a Youth Olympic finalist, Commonwealth senior silver medallist, Pan American U17 Champion and British U16 Champion.”