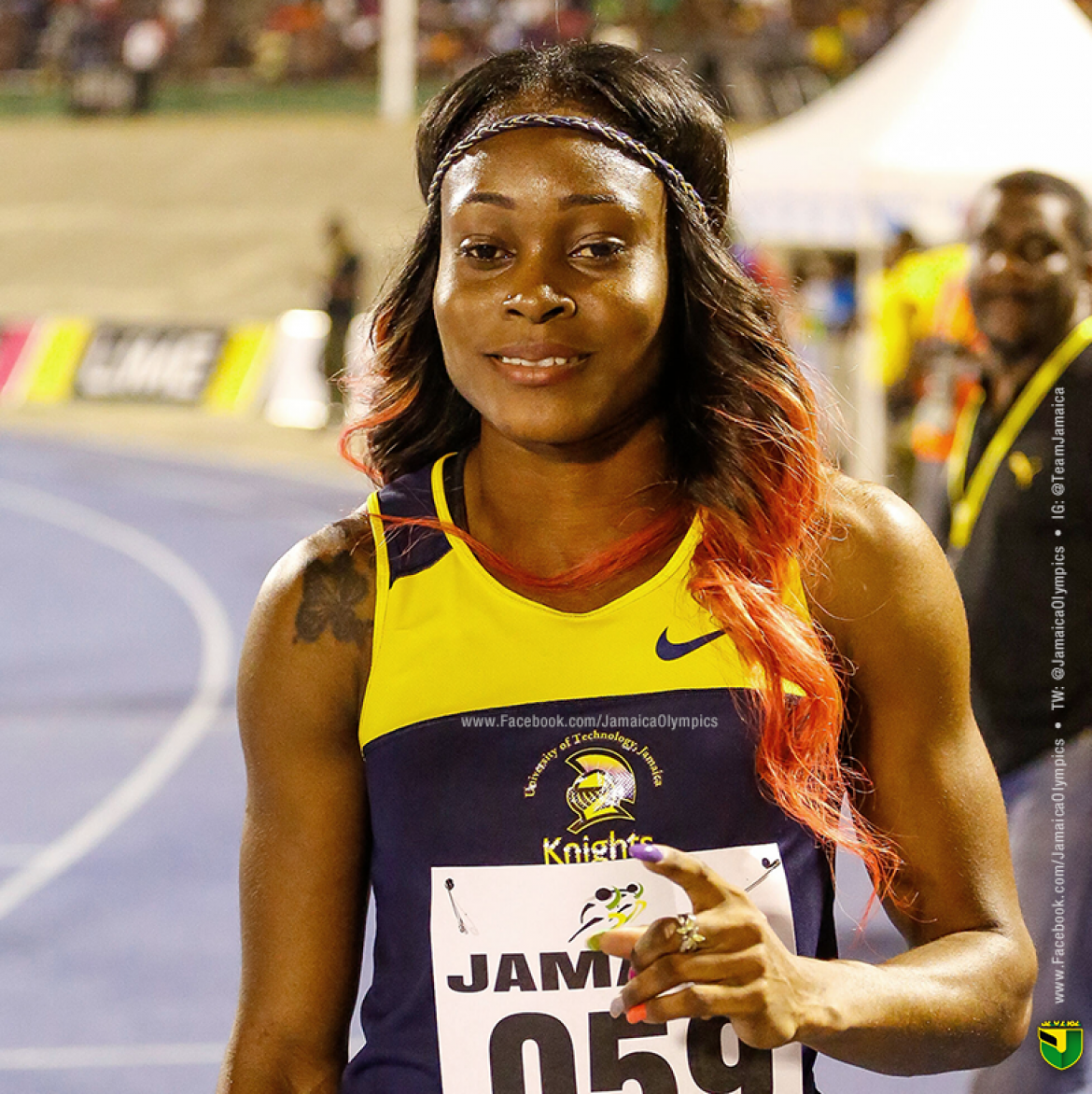 Elaine ‘Slimmaz’ Thompson obliterated Merlene Ottey’s 24 year old Meet Record of 22.24 and issued a warning of her own on Day 2 of the Sainsbury’s Anniversary Games (London Diamond League). Thompson running out of lane 6 ran a sensational 22.10 (-0.3 m/s) to smash her previous personal best of 22.37 set in Kingston, Jamaica. The 2015 Jamaica National Champion moved away impressively from rivals to register the 4th fastest time of the year. Among the big scalps she claimed were the American duo of 2nd place Torie Bowie (22.32) and 3rd place Candyce McGrone (22.70).

The University of Technology/MVP athlete has been the subject of much controversy after the surprise decision of her world-renowned coach Stephen ‘Franno’ Francis to pull her from the 100m at last month’s Jamaica ‘Trials’ after many were anticipating a marquee clash between the rising star and her training partner Shelly-Ann Fraser-Pryce.

That led to widespread criticisms from many quarters and suggestions that the decision was a move to shield Fraser-Pryce from the red hot former Manchester High athlete who at the time was seen as a legitimate threat to the National Record Holder after her season best 10.84 clocking in the ‘B’ race at the Prefontaine Classic in Eugene. She had previously recorded times of 10.92 and 10.97.

Francis indicated that Thompson would be better suited for the 200m in Beijing and after her brilliant run at the London Diamond League, he may have converted many of the doubters into believing that she has a great chance of taking home the Gold Medal. Triple world champion over the distance, American Allyson Felix heads the world list with the season’s only sub 22 clocking (21.98) ahead of the aforementioned McGrone (22.08) and Dutch sprint star Dafne Schippers (22.09).

Felix won the 400m at the US Trials a month ago but has not made a decision as to whether she will seek to reclaim her 200m title or challenge all comers for the 400m title that eluded her in 2011. The schedule while allowing for the star athlete to do both events does not facilitate much rest and Felix may still have memories of 2011 when she took on both events but failed to win Gold in either.