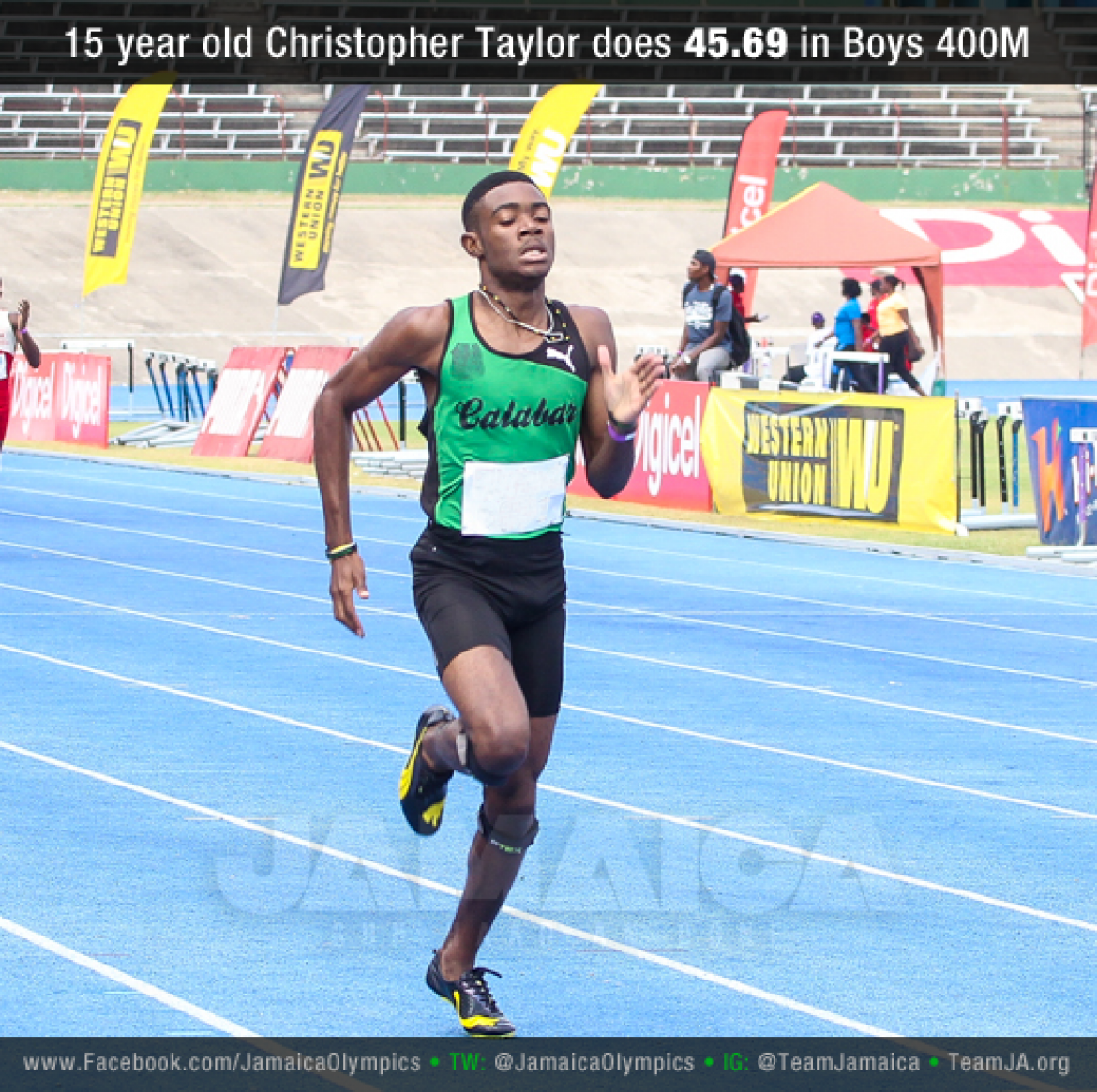 Many of the young Jamaican athletes in action at the Carifta Trials this weekend (7-8) in Kingston have just the Carifta Games in mind as their main target this year. But a handful of teenagers showed they could be medal contenders at this summer’s IAAF World Youth Championships in Cali.

World junior 400m hurdles champion Jaheel Hyde once again outlined his all-round ability by winning both hurdles finals in the junior age group. He won the 110m event in a PB of 13.22, moving to seventh on the world junior all-time list, with Seanie Selvin taking second place in 13.42.

One day earlier he had won the one-lap hurdles final in 49.78, crossing the line almost a second ahead of his nearest rival.

But while Hyde is a relatively established talent, this meeting unearthed some exciting new stars.

Christopher Taylor, just 15 years old, was the talk of Kingston after winning the under-18 400m in 45.69. He shot into an early lead and moved up a gear coming off the final bend, but eased up some 10 metres before crossing the finish line, winning by almost two seconds.

His winning time shaved 0.01 off the world age-15 best set by Olympic champion Kirani James in 2008.

Taylor rocketed up to ninth on the world youth all-time list, but is a whisker shy of the Jamaican youth record of 45.35 held by a certain Usain Bolt. He is now a huge favourite to succeed fellow Jamaican Martin Manley as world youth 400m champion later this year.

In the junior men’s event, Akeem Bloomfield won by a similar margin, clocking 45.41 for the victory.
English and Bromfield do the double

Junelle Bromfield won both one-lap finals; one in the flat and one over the barriers. First up was the 400m hurdles, which she won unopposed in 58.13. One day later, she won the 400m flat in 53.30. Both of her winning times were faster than those in the junior age group.

Both 100m hurdles finals were among the closest events of the competition.

In the youth girls’ final, Janeek Brown won it on the line from Safiya Thompson, 13.43 to 13.45. They now move to sixth and seventh on the Jamaican youth all-time list.