In every Jamaican there is an ‘I CAN’ 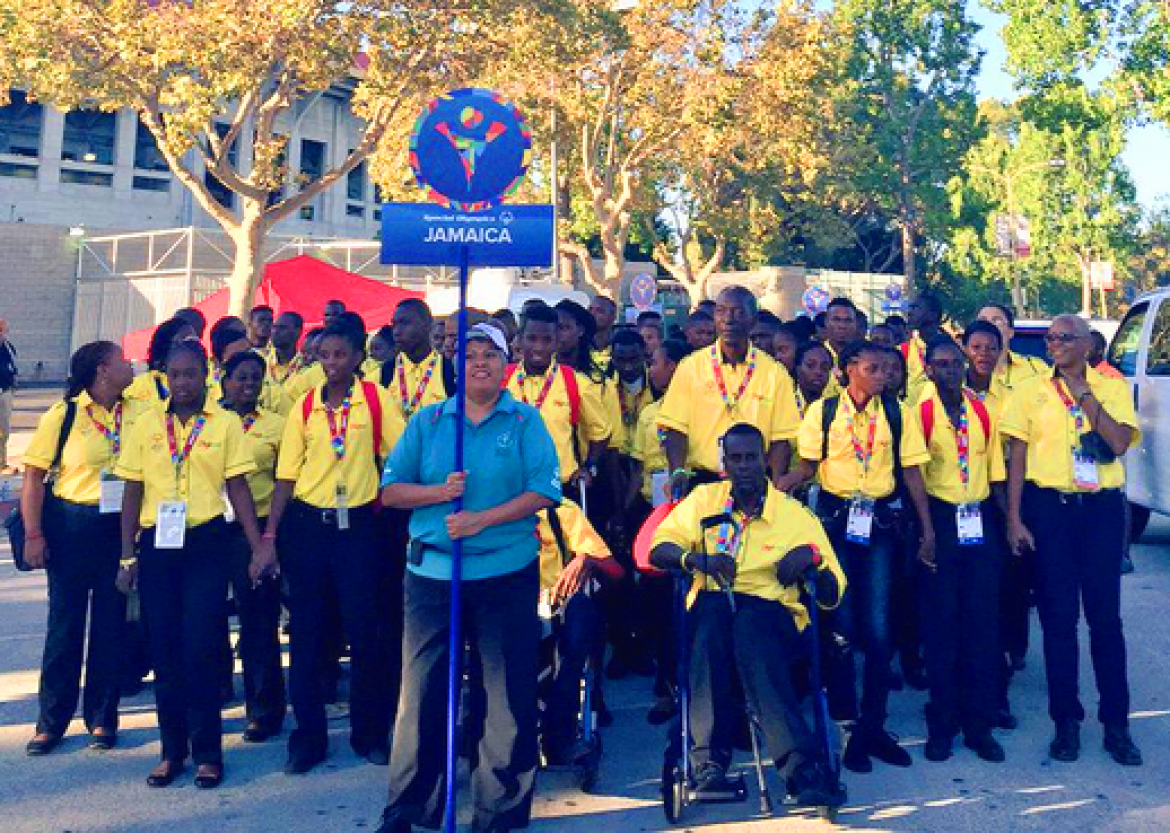 It was bling, bling and even more bling as the team’s medal count at the end of Games stood at a whopping 29 across 5 team and individual disciplines. There were 10 gold, 11 silver and 8 bronze medals with Track and Field accounting for 13 of the total medals won.

Bocce was next with 8 medals followed by Aquatics with 6 and one each for Basketball and Badminton. The Jamaicans narrowly missed out on a medal in Unified Football after being edged by South Korea in the the third place playoff. The women’s Futsal Team was 6th while the Volleyball representatives gave a strong showing in finishing 5th.

Among the standout performers in a delegation that was the toast of the Games were Nicholas McBean, Leon Barclay, Vincent Evans, Helena Thomas and Kirk Wint who was a crowd favourite. Wint who won a gold medal and narrowly missed a bronze medal got special mention for his display of courage and determination.

For the closing ceremony at the Los Angeles Memorial Coliseum on Sunday , the Jamaican contingent got deserved attention with seats in the front rows nearest the presentation stage. Lorna Bell, the Executive Director of Special Olympics Jamaica was overwhelmed by the performance of the team, noting that every member was proud to represent the country.

“Our athletes came here to compete and do their best and that is exactly what they did……I am thankful especially for the experience and the chance they were given to represent their country. It brought them a sense of joy, accomplishment, service, and progress”, Bell was quoted as saying in an interview with The Jamaica Observer.

The mission of the international Special Olympics movement is to provide a medium for year-round training and competition in a variety of Olympic-type sports for children and adults with acquired or genetic intellectual disabilities such as Down’s syndrome, autism, traumatic brain injury and cerebral palsy. Special Olympics Jamaica will now turn its attention to preparing its athletes for the World Winter Games to be held in Austria in 2017.