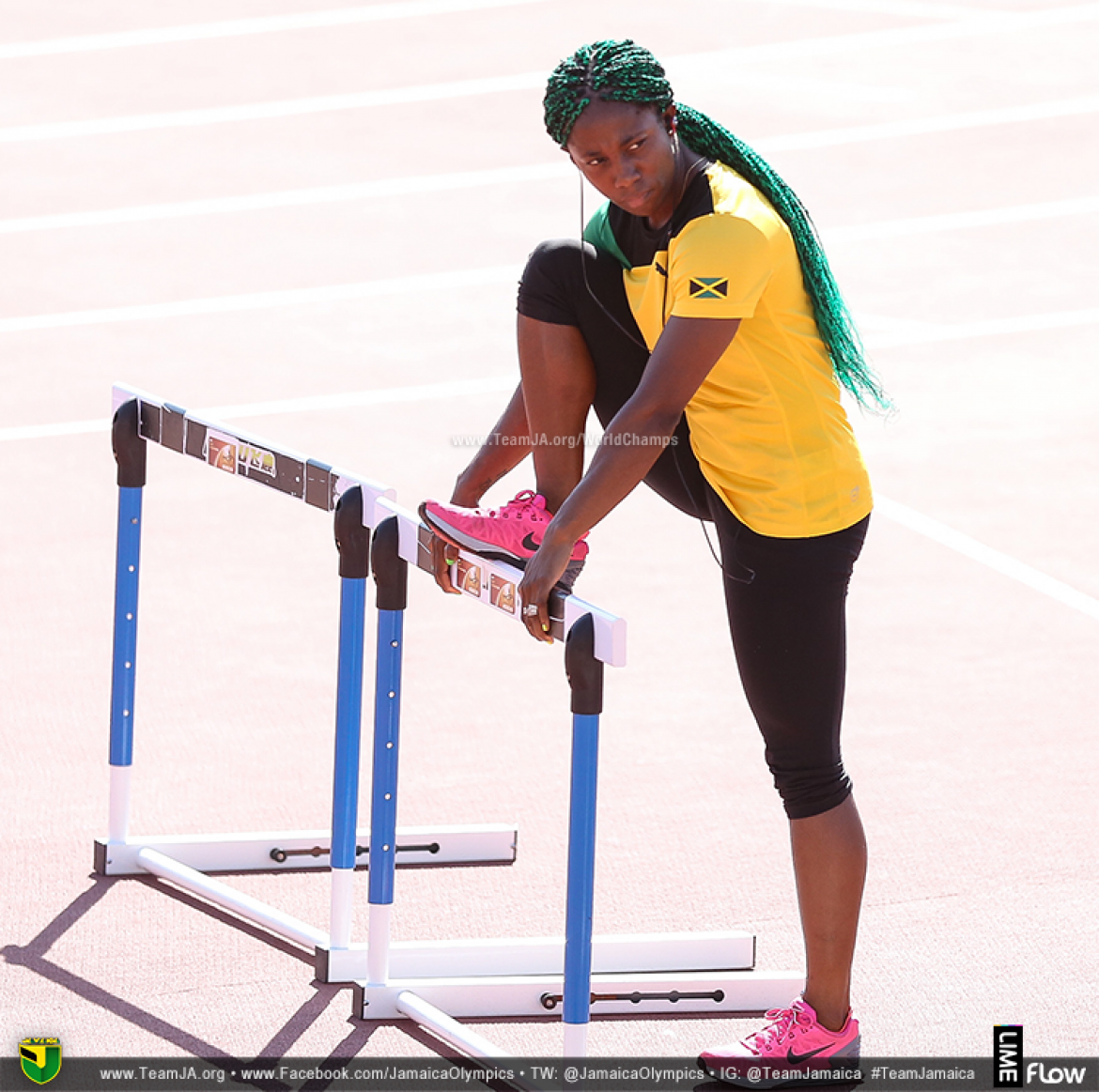 It has been 7 years since Shelly-Ann Fraser (now Fraser-Pryce) shocked the world to win the Olympic Gold medal in the 100m at the the architectural masterpiece known as the ‘Birds Nest’ Stadium in Beijing, China. Fraser-Pryce returns to Beijing, not as a 21 year old fresh-faced unknown but as the bookmaker’s choice to win an unprecedented 3rd IAAF World championship title over 100m after winning in Berlin in 2009 and in Moscow in 2013 where she won by the widest margin ever in the history of the event.

The diminutive 28 year old has developed the enviable reputation as a championship performer having won five Gold medals and a Silver medal in seven finals contested over 100m and 200m at global championships. The Pocket Rocket as she is known has the 2015 World leading time of 10.74 and looks the one to beat when the athletes face the starter in what could be one of the most hotly contested women’s 100m finals in several years. The Stephen Francis-coached athlete has beaten most of her main rivals convincingly this season and has three of the five fastest times in 2015.

Her last outing was at the Stockholm Diamond League meeting where she destroyed her rivals on her way to a ridiculously easy win in 10.93
seconds. Among those in her wake was American champion Torie Bowie, the woman many see as the biggest threat to Fraser-Pryce’s historic quest for a 3rd title. Bowie was a distant second in Stockholm in 11.05 but has run much faster this season with a 2015 best of 10.81 which she set in winning the US title. The American 100m champion has lost her last two encounters with Fraser-Pryce and will be going all out to ensure she not only turns the table on the defending champion, but also secures the title.

Others expected to be battling for a place in the final are Blessing Okagbare, Murielle Ahoure, Veronica Campbell-Brown, Dafne Schippers, Dina Asher-Smith, English Gardner, Jasmine Todd, Sherone Simpson and Natasha Morrison as well as the Trinidad and Tobago pair of Kelly-Ann Baptiste and Michelle Lee Ahye. The 2014 Commonwealth Games double sprint champion Okagbare has a season best of 10.80 but has lost to Fraser-Pryce in their last two meetings.

Veronica Campbell-Brown will also be relishing a return to the ‘Bird’s Nest’ as in 2008 she won the 2nd of her two Olympic Gold medals over 200m. The much decorated Campbell-Brown did not take part in the 100m back in 2008 having failed to make the top three at the Jamaica Trials. She has looked somewhat below par this season, breaching the sub 11 barrier on just one occasion.

Her 10.99 season’s best set just over a month ago ranks her 17th on the list. Such is her big race pedigree and experience however, that the 33
year old could at the drop of a hat, race herself into medal contention. After all, she has failed to medal just once in 4 previous visits to the final, winning the title in 2007 with 2nd place finishes in 2005 and 2011.

Another Jamaican who will have fond memories of Beijing is Sherone Simpson. The 30 year old was a part of Jamaica’s historic 1-2-2 clean sweep of the podium spots in 2008, where she claimed the Silver medal after dead-heating with Kerron Stewart. Simpson has been through the wars since but appears to have found form at the right moment.

She won the 2015 Pan American Games 100m title closing rapidly to peg bag the front-runners in 10.95 seconds, her fastest time in 7 years. That time ranks her 14th on the 2015 list but the former Manchester High standout is seemingly in the midst of a career renaissance and could mark her return to Beijing with another glorious run.

Natasha Morrison is Team Jamaica’s 4th entrant in the 100m in Beijing and will be hoping to make memories of her own at the Bird’s Nest Stadium. The 22 year old who was 2nd to Fraser-Pryce at the National Trials when having the likes of Simpson and Campbell-Brown in arrears, is yet to break the sub 11 benchmark. She could be at a stage of rapid improvement and will be harboring thoughts of pulling off a coup in the women’s showpiece event. Her personal and season best time of 11.03 ranks her at 26 on the world list. Morrison’s coach is Stephen Francis, the man who took Fraser-Pryce to 2nd at the Jamaican Trials before her breath-taking win at the Bird’s Nest in 2008.

Dafne Schippers who won the bronze medal in the Heptathlon in 2013 has over the past 12 months developed into a world class sprinter and is a legitimate medal threat in Beijing. The 23 year old who won the sprint double at the 2014 European Championships has a very powerful finish and
could be closing with a flourish to secure a podium spot. She scored a confidence boosting win at the Sainsbury’s Anniversary Games just over a fortnight ago when claiming the scalps of 2013 World Championship 100m Silver medalist Murielle Ahoure and 200m Bronze medalist Blessing Okagbare to win in a Dutch National Record time of 10.92 seconds.

English Gardner who was 2nd to Bowie at the US Trials has been in great form this season and is 2nd on the 2015 World List after her career best 10.79 in the semi-finals of the US Trials. The fast-starting Gardner was in contention for a medal in 2013 before being overhauled close home by Ahoure and Carmelita Jeter. She will be aiming to confirm her place about the world’s elite sprinters with a medal in Beijing.

Ahoure and Okagbare cannot be underestimated and both will be looking to be among the medals. The African record-holder Okagbare is 3rd on the 2015 world list while Ahoure is not far behind in 4th with a season and personal best 10.81. The 2014 World Junior Champion Dina Asher-Smith has made a smooth transition to the senior ranks on the world stage. The 19 year old from Great Britain has been improving with almost every run and broke her own National Record in the heats of the 100m at the Sainsbury’s Anniversary Games ( London Diamond League) on July 25. She will not be in Beijing to make up numbers.