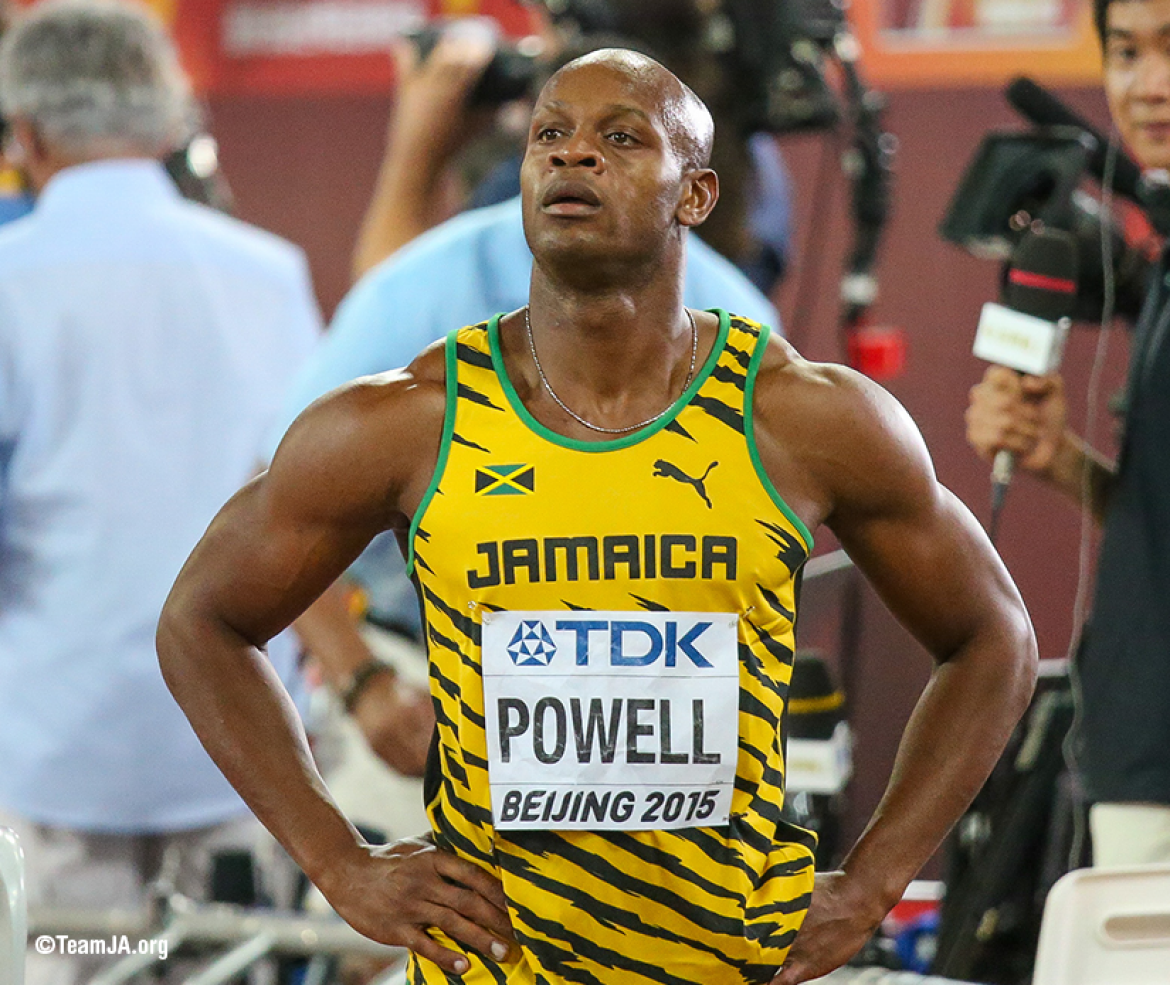 Powell who will be competing at his second World Indoor Championships, is among 11 men who will be donning the national colours at the biennial event. The 33 year has never won individual Gold at a ‘Global’ championship
and will be hoping to convert on this glorious opportunity. The self styled ‘Sub 10 King’ is the 3rd fastest over the distance this year with 6.49 seconds.

Williams is joined on the women’s team by the progressive Elaine Thompson, Silver medalist at the Beijing World Championships, Shanieka Thomas who made the finals of the Triple Jump in Beijing and Stephenie Ann McPherson, two time world championship finalist over 400m and a member of the winning mile relay team at the last outdoor world championship. The team is completed by Simone Facey, Patricia Hall, Anniesha McLaughlin-Whilby, Verone Chambers, Ronda Whyte, Samantha Scarlett, Natoya Goule, Chrisann Gordon and pentathlete Salcia Slack.

Jamaica won 5 medals at the 2014 edition in Sopot, Poland with Shelly-Ann Fraser-Pryce taking Gold in the 60m, Kaliese Spencer surprising with Silver in the 400m, Kimberley Williams capturing Bronze in the Triple Jump, the 4x400m men’s team winning Bronze and their female counterparts securing the Silver medal.

Interestingly, three members of the women’s team that finished 2nd in Sopot (McPherson, McLaughlin-Whilby and Hall) will be in Oregon seeking further glory.