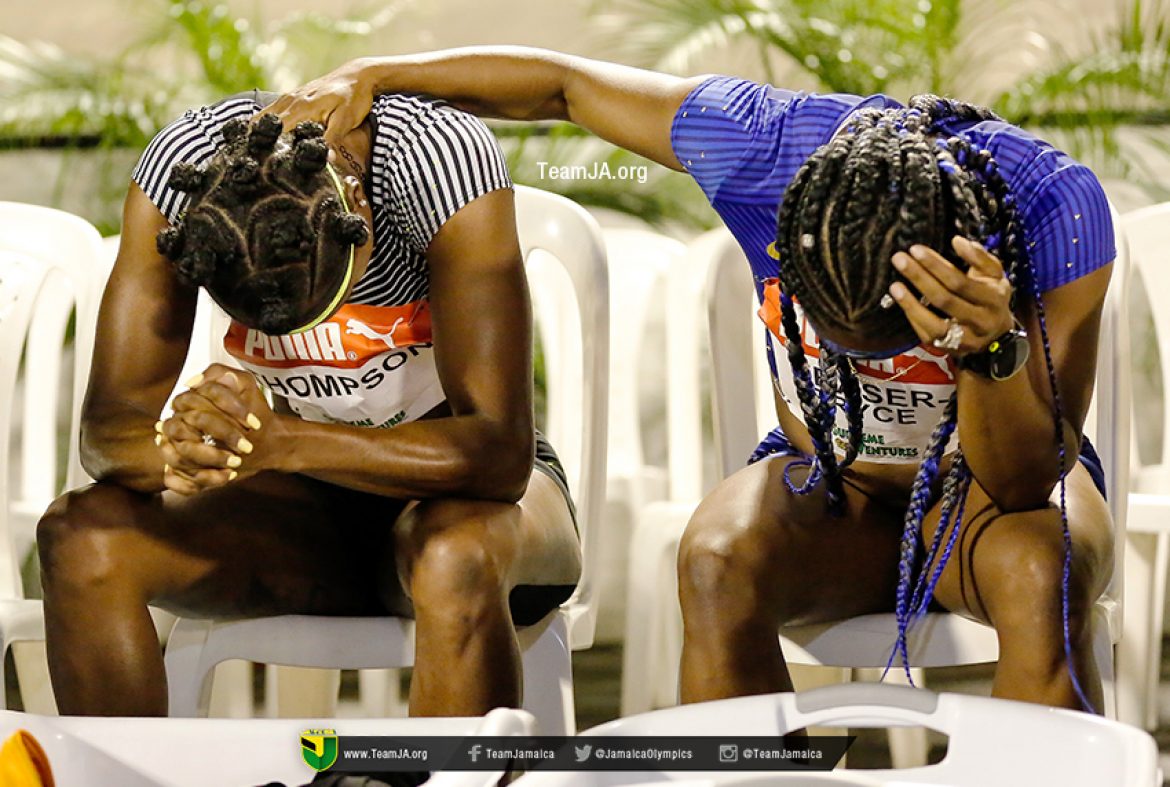 The medical exemption ‘bug’ which has been one of the biggest talking points of the 2016 JAAA/Supreme Ventures Jamaica National Senior Track and Field Championships bit again. This time it was the defending champion Elaine Thompson who was forced to withdraw from the event with what MVP President Bruce James indicated was some discomfort in her leg. Thompson who on Friday night won the 100m in a world leading and national record equaling 10.70 was the big favourite to complete the sprint double.

James further indicated that Thompson was examined by the medical team in charge of the meet and had applied for a medical exemption. The 2015 World Championship Silver medalist and 2nd fastest Jamaican in history is the number 4 ranked sprinter over the distance in 2016.

While the JAAA Selection Policy speaks to a top 3 world ranking as it relates to the medical exemption, the Selection Criteria covers a ranking period that extends back to 2015. Thompson, by virtue of the 21.66 run in the finals of the 200m in Beijing would still be ranked at number 2 behind Dafne Schippers of the Netherlands.

Shelly-Ann Fraser-Pryce was also a no show for the 200m. Fraser-Pryce who won Silver at the 2012 London Olympics finished 2nd in the 100m on Friday night and many were surprised to see her in the semi-final heats of the 200m. She finished 2nd to eventual champion Simone Facey but did not face the starter in the final.

The MVP President who was an analyst on a television commentary team reported that Fraser-Pryce’s coach Stephen Francis took the decision to withdraw his charge as she was still being bothered by a toe injury which has plagued her all season. Fraser-Pryce would not have met the criteria to apply for a medical exemption as her performances in the event over the ranking period would not place her in the top 3.

Other athletes to have been granted medical exemptions are Janieve Russell, Usain Bolt and Hansle Parchment. These athletes have reportedly been given until July 22 to prove form and fitness. The cutoff point for the submission of entries is July 18, however the JAAA has the option to submit 4 names (three plus an alternate) on the preliminary list for each event.