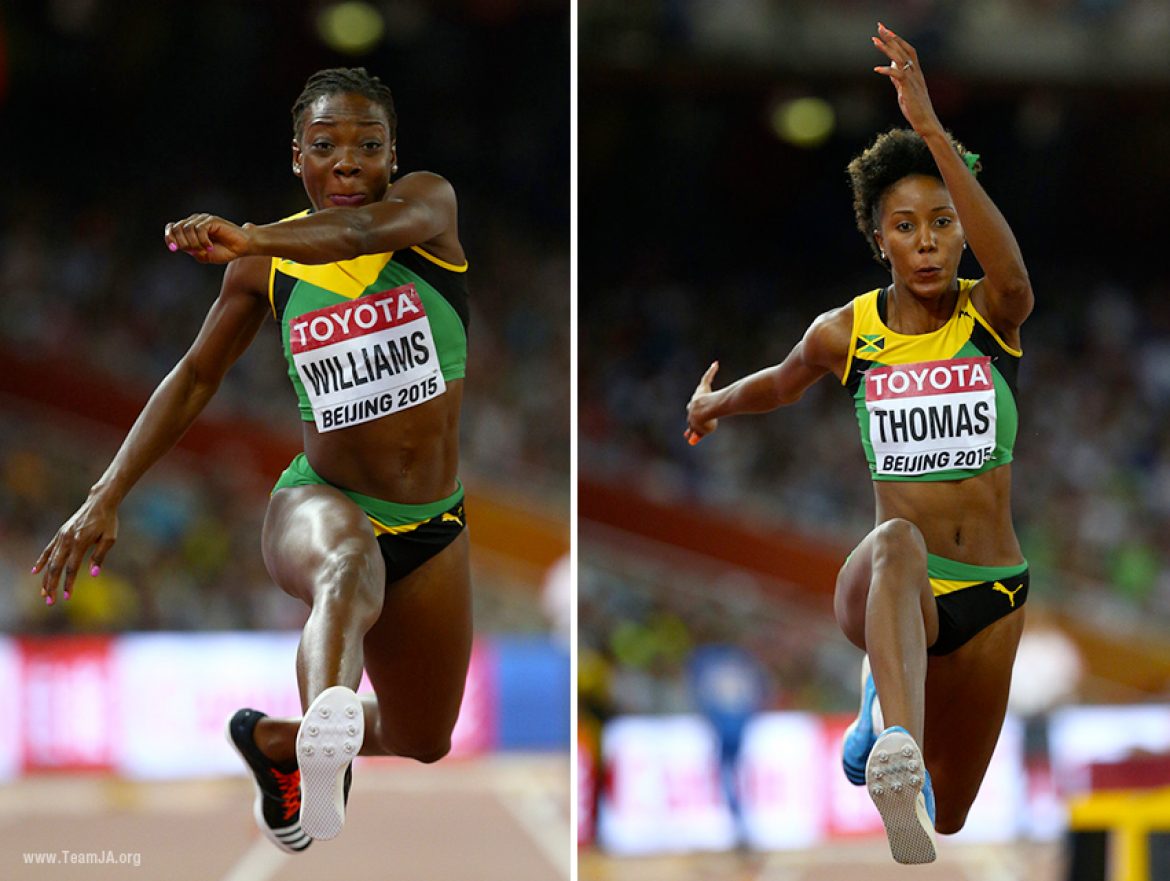 For the second consecutive Olympic Games Team Jamaica will be represented by two athletes in the Women’s Triple Jump. Back in 2012, Trecia Kaye Smith and Kimberley Williams both advanced to the finals. The younger Williams finished 6th in her first major final. The veteran Smith who has the distinction of being Jamaica’s only field events athlete to win a Gold medal at a senior global championships was 7th.

Williams, who has been a fixture on the international scene for the past 5 years returns and is accompanied by the much improved Shanieka Ricketts (formerly Thomas), a finalist in the event at the 2015 Beijing World Championships. Rickets, though somewhat inconsistent is the higher ranked of the two in 2016, with her PB 14.57m making her the 6th best in the world. Williams is ranked a centimetre (14.56m) and a spot below in 7th.

Both triple jumpers have been exuding confidence and should make the finals if reporting anywhere near their best. The 28 year old Williams, the former Vere Technical High School standout has made the finals at the every major championship since 2012 and narrowly missed out on the Bronze medal at the Moscow World Championships in 2013. She is also the 2014 Commonwealth Games champion.

Jamaica’s best finish in the event at the Olympics was Smith’s 4th place effort (15.02m) at the 2004 Games in Athens. Both representatives in Rio have the capacity to challenge for a place in the top four but may have to produce career best efforts to grab a podium spot. Colombia’s Caterine Ibarguen is regarded as the ‘rock star’ of the event and was unbeaten in 30+ finals until being beaten in Birmingham earlier in the summer.

Ibarguen has won the last two world championships and is fancied to improve on her 2nd place at the London Olympics. Her world leading 15.04m makes her one of only two athletes to have gone over 15.00m, the other being the exciting 20 year old Venezuelan Yulimar Rojas (15.02m). Others such as Paraskevi Papahristou of Greece (14.72m), Olga Rypakova of Kazakhstan (14.61m), Patricia Mamona of Portugal (14.58) and Cuban Liadagmis Povea (14.56m) could be serious obstacles in the Jamaicans quest for Olympic glory.