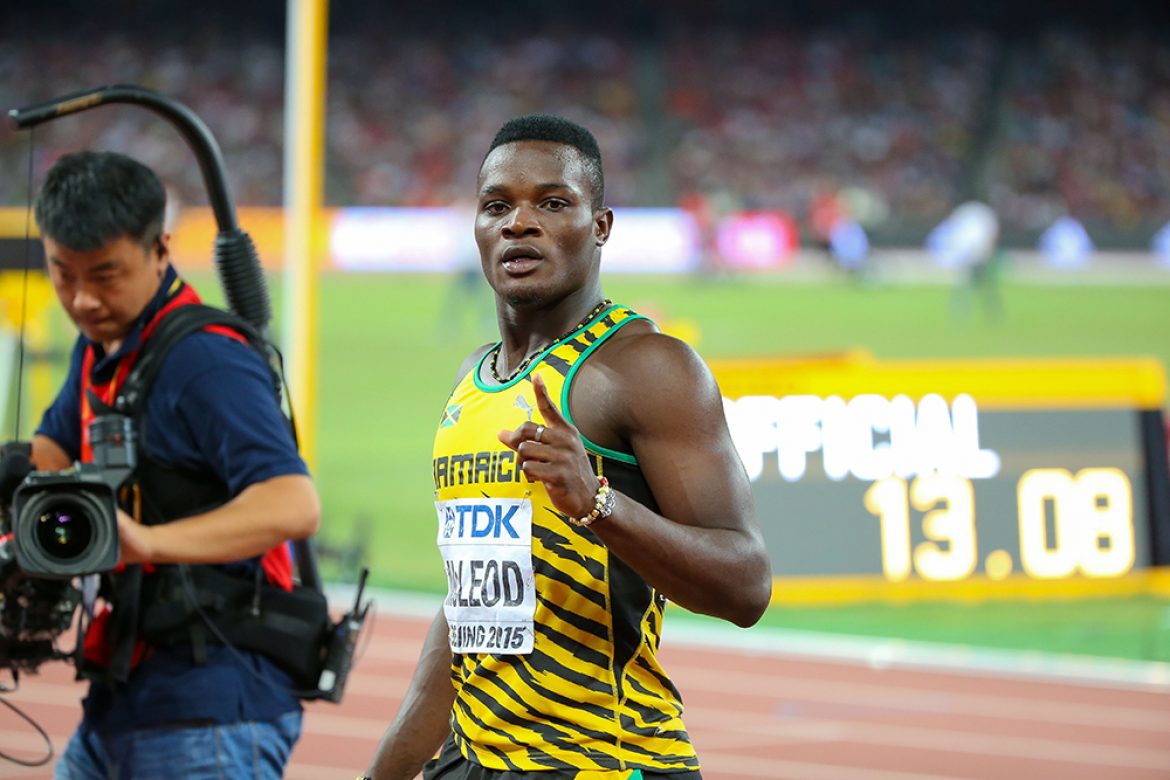 Omar McLeod for much of the 2016 season appeared unbeatable but the sprint hurdles events have a way of removing any remote aura of invincibility in the blink of an eye. McLeod still has five of the top seven times in 2016 including a world leading 12.98, the only sub 13 time recorded this year but has looked very vulnerable recently. The 2016 IAAF World Indoor champion had some serious problems with the barriers in back to back races in early July and will have to manage his speed better if he is to secure Jamaica’s first Gold medal in the event.

Hopefully McLeod’s bad races are behind him. His main rivals appear to be US Olympic Trials winner Devon Allen (13.03) and Spain’s Orlando Ortega (13.04). The 25 year old Cuban-born Ortega received clearance on July 29 to compete for Spain in Rio and will be a dangerous contender. Others such as France’s Dimitri Bascou (13.12), American Ronnie Ash (13.18) and Andrew Pozzi of Great Britain (13.19) are capable of springing a surprise on the day. After all it is the hurdles.

Deuce Carter (13.20) has been a revelation this season and appears set to deliver on the early promise shown years ago. In the absence of injured teammate Hansle Parchment, David Oliver and Pascal Martinot-Lagarde, Carter finds himself as the 7th fastest sprint hurdler expected to be on show over the 110m Hurdles in Rio. It is not beyond him to upstage his more fancied rivals in his first major championships.

Andrew Riley has been called up for the injured Parchment and will have to step up significantly on his season best 13.35 if he is to progress beyond the semi-finals. The 2nd time Olympian will be aiming to surpass his London 2012 effort where he failed to advance from the heats. He has looked in better shape in recent races and one can never rule him out given the unforgiving nature of the event.