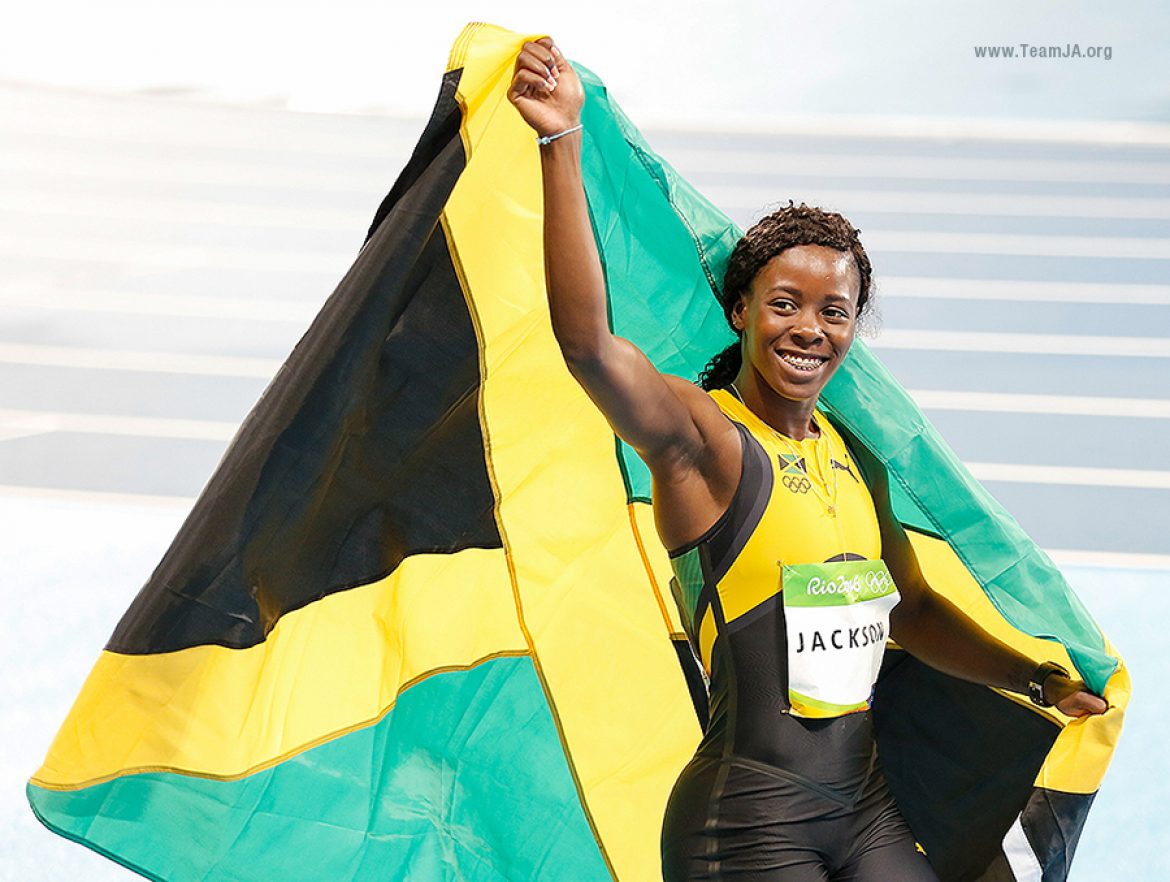 Shericka Jackson looked stunned beyond belief after glancing at the clock and seeing 49.83 after winning her semi-final heat. The priceless look of a 22 year old who had surprised herself with a big personal best and an expected place in the finals of the 400m, was captured across screens the world over. “I really want to do well because on the day of the medal presentation it is my father’s birthday, and it would be good if I could give him a birthday present,” Jackson said in an interview shortly after.

Jackson has shown warrior like qualities from her early days at Vere Technical High, a trait which saw her winning the Bronze medal at the 2015 World Championships behind Allyson Felix of the USA and long time nemesis Shaunae Miller. After the semi-final run to qualify for the final, many expected her to repeat the Bronze medal display of a year earlier as Miller and Felix appeared set for an epic showdown for the 400m crown in Rio.

In what will go down in history as one of the most talked about 400m finals at the Olympic Games, Miller who seemingly had the race in the bag after opening a good lead on Felix, began feeling the effects of a blistering 350m with her long strides shortening rapidly. The brilliant Felix who had
edged Miller in the semi-finals came with a storming run to pull alongside a tiring Miller and looked to be on her way to a record breaking 5th Olympics athletics Gold medal.

The Bahamian who was beaten by the American at the 2015 world championships may have seen the Gold slipping from her grasp and in a desperate lean for the line managed to conjure up a magnificent dive within shades of the wire to deny Felix the coveted medal. For a few fleeting moments late in the straightaway, the fast closing Jackson who had by now passed the early pace-setter Natasha Hastings and seemed to be reeling in the big two. Despite a valiant effort she had to settle for third in 49.85, her 2nd fastest time ever as Miller (49.44PB) was given the nod over Felix (49.51).

This time there was no look of absolute shock on the face of the talented Jamaican. Rather, it was the realization of the wish she made after the semi-finals. She would be on the podium, the perfect birthday gift for her father.