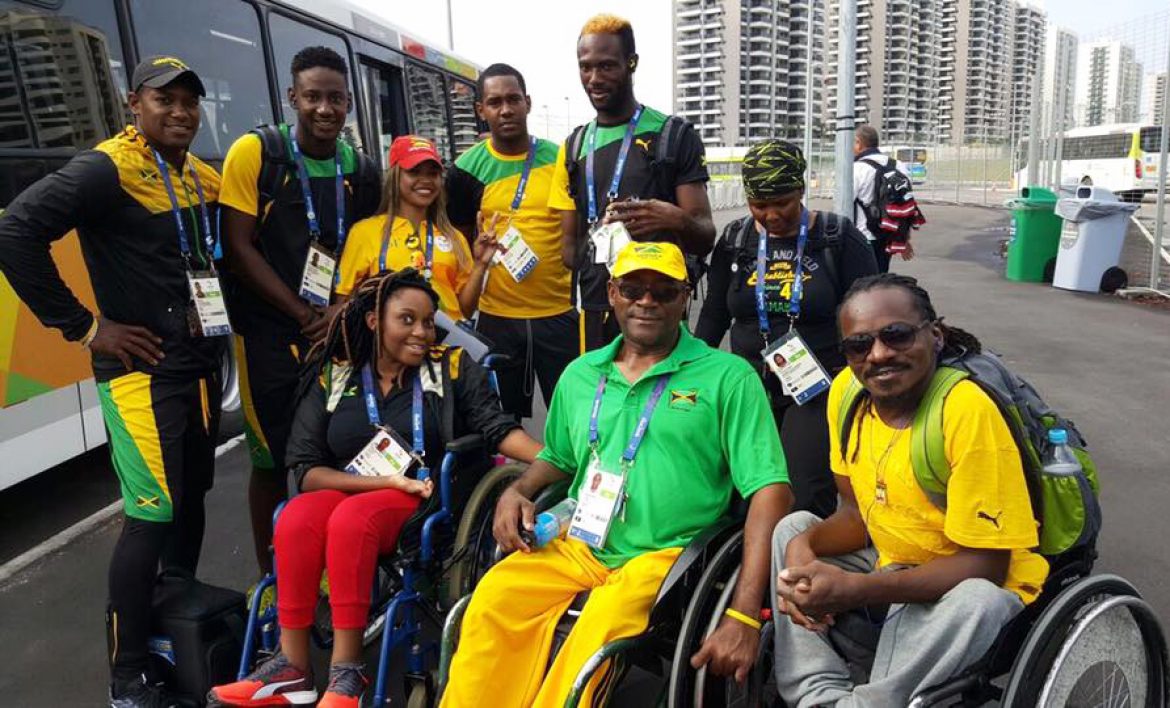 Team Jamaica takes on the world in Rio for a second time in just under a month. This time the country’s standard-bearers in the paralympics will showcase the captivating and attention grabbing Black, Green and Gold in events at the 15th Summer Paralympic Games in Rio De Janeiro, Brazil from September 7-18.

The team of three competitors comprising Alphanso Cunningham, Shane Hudson and Dana-Gaye Weller will no doubt be motivated by the amazing performances of the Jamaican contingent to the Games of the 31st Olympiad. They will want to leave several marks of their own despite the small numbers.

The prospect of having the melodic Jamaican National Anthem played is added motivation. They would have heard it played on six occasions in Rio mainly through the incredible exploits of incomparable Usain Bolt and the newly crowned sprint queen Elaine Thompson.

Jamaica’s Paralympics poster-boy Alphanso Cunningham makes his 4thconsecutive Olympic team. The much-decorated Cunningham who is called the ‘Ambassador’ is a two time Gold medalist having won the F53 Discus in Athens in 2004 and the F52/53 Javelin eight years later at the London Games. He will compete in the F53 Javelin and Shot Put events in Rio.

Shane Hudson will be looking to improve on his silver medal effort at the International Paralympic Committee (IPC) Athletics World Championships in Doha, Qatar in 2015 when he features in the T47 Men’s 400m. Hudson who is a past student of Ocho Rios High in St. Ann has a personal best of 48.89 and has been winning medals for Jamaica at international meets since 2011.

Dana-Gaye Weller is the newcomer to the team. Weller who attended Hampton School in St. Elizabeth is entering her first international competition. She is down to compete in club throw F51. The President of the Jamaica Paralympic Association, Milton Samuda has high hopes for Weller.

“Dana is a new athlete, but I know that she has been performing very well in training. She easily made the ‘A’ qualifying mark and once she maintains focus, she should return with a medal,” said Samuda at the presentation of the team to the media last Thursday at the offices of the Jamaica Olympic Association.

Team Jamaica has won a total of 55 medals at the Paralympic Summer Games (21 Gold, 1, 18 Bronze) and is in 44th place on the Summer Games’ all-time medal table. Cunningham was the only medalist in 2012.