KC’s Carey McLeod to ‘cut the sand’ for 18 points 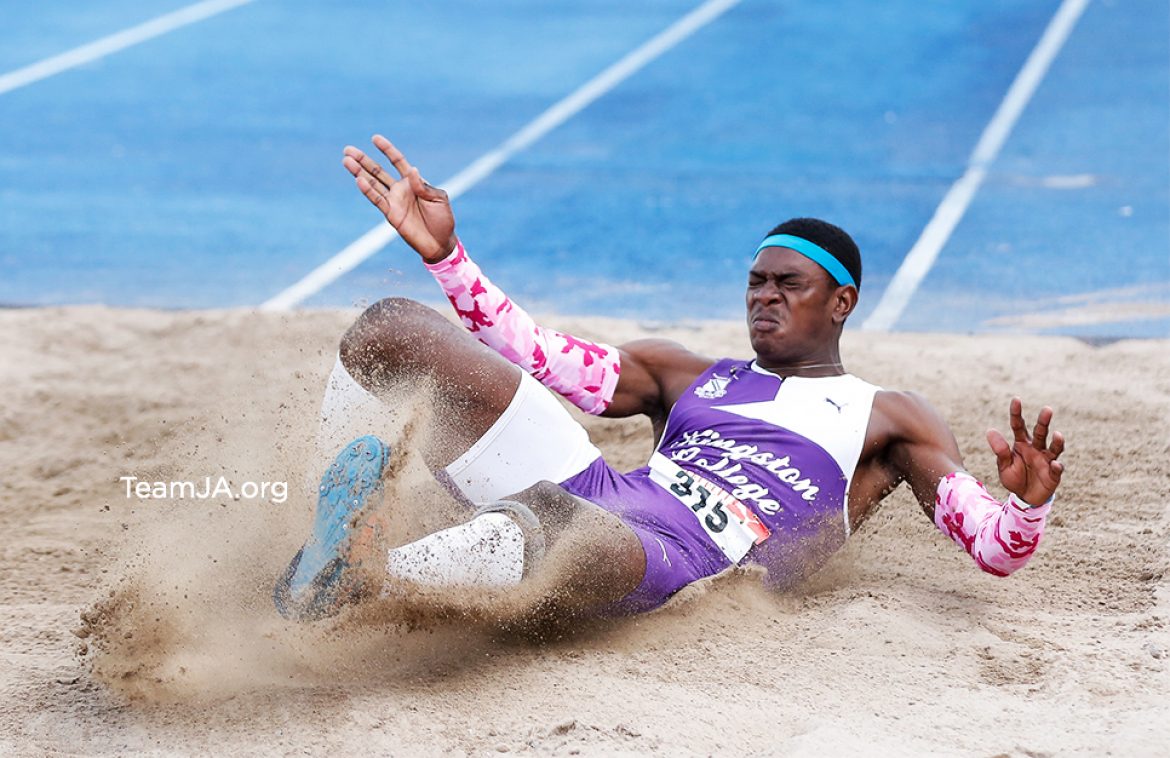 When ‘Champs’ 107 gets underway on March 28, one of the biggest favourites to win Gold will be Kingston College’s Carey McLeod. In fact many are expecting the former Garvey Maceo High School jumper to secure double Gold in his first championships competing for the famed ‘purples’ of North Street (KC).

Those 18 points, if the early indications are anything to go by, could be pivotal in KC’s latest bid to wrest the Mortimer Geddes Trophy from the vice-like grip of Calabar High School who are seeking a 6th consecutive Boys’ title. McLeod who sat out Champs 2016 has been dominant in both the Long and Triple Jumps this season and should be too good for his rivals.

He underlined his pre-champs status as the overwhelming favourite to take the Long Jump when he cut the sand at an impressive season and personal best 7.79m to win at the DIGICEL Grand Prix Finals. McLeod has four of the season’s top jumps including 7.55m at the CARIFTA Trials and 7.47m at the Gibson McCook relays.

He failed to even make the finals of the event when he last competed at ‘Champs’ in 2015. McLeod, if conditions are ideal could challenge Leon Gordon’s 24 year old record of 7.87M.

The other medal contenders in the Long Jump are expected to be his McLeod’s teammate Shakwon Coke, Damion Creary who has returned to Wolmer’s Boys’ after a year at KC, Owayne Owens of Cornwall College and the very experienced Gabriel Allen of Calabar High.

McLeod also has the season lead in the Triple Jump with a best of 15.69m. He confirmed his good form in the event by winning the U20 section at the CARIFTA Trials with a best of 15.59. He should easily surpass his 15th place finish in 2015.