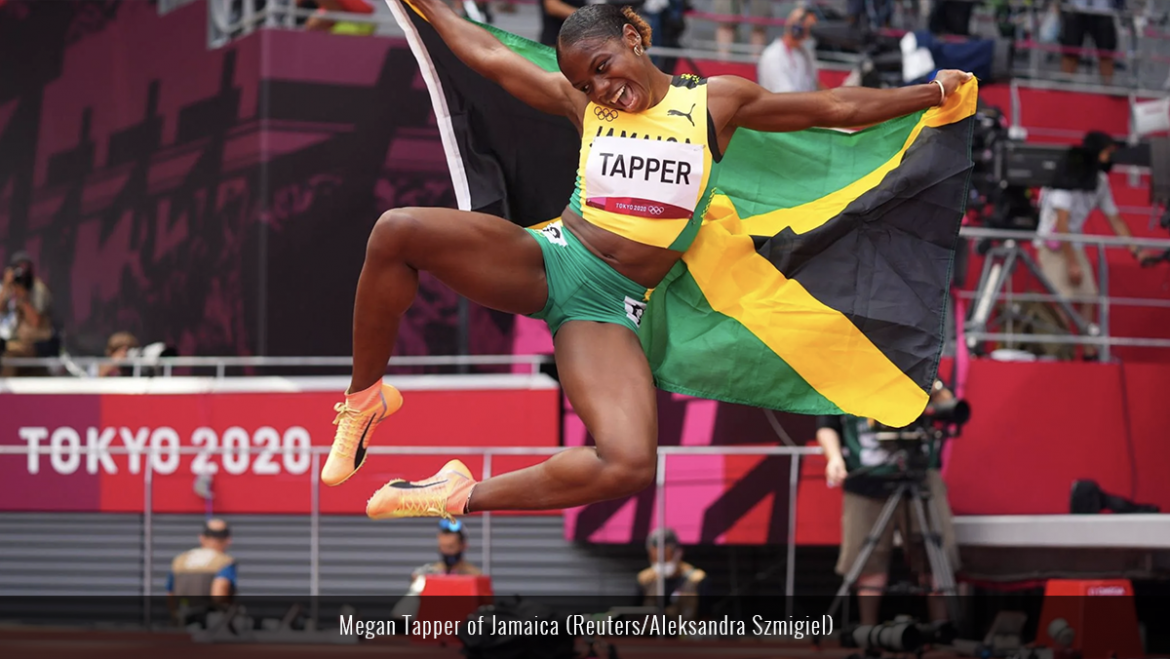 The fourth day of athletics at the Tokyo Olympics coincided with the Emanipation public holiday in Jamaica. After a few hiccups the previous day, Jamaicans needed some cheering up.

There was a strong sense of déjà vu when domestic champion Megan Tapper occupied lane nine (9). At the Jamaica national trials, Tapper ran from lane eight and told reporters after her victory that, in a final, every lane is a blessing.

At 9:50 pm (JA time), the country went on pause with every Jamaican glued to their television sets. Cometh the hour, cometh the woman. Tapper, a 5ft athlete with 7ft dreams, no doubt, was inspired by the lyrics of the international reggae artiste Sizzla Kolanji’s hit song, ‘Rise to the occasion, look at yourself then say your strong no one can stop u (oh Yea). Rise to the occasion go ahead u know your strong no one can stop u.’

In a thrilling final, Tapper produced the race of her life to claim, perhaps the most celebrated bronze medal ever in 12.55 seconds cueing delirium all over Jamaica and in the diaspora.

It was Tapper’s second-fastest time, just two hundredths of a second off her 12.53 personal best achieved in the semi-finals behind the Olympic record – holder and now champion Jasmine Camacho-Quinn, who embraced Tapper gleefully on the track like a big sister.

Tapper’s teammate Britany Anderson, after a sluggish start, began to gain ground on the field before clipping a hurdle, which caused her to lose her momentum and finished eighth in 13.24. 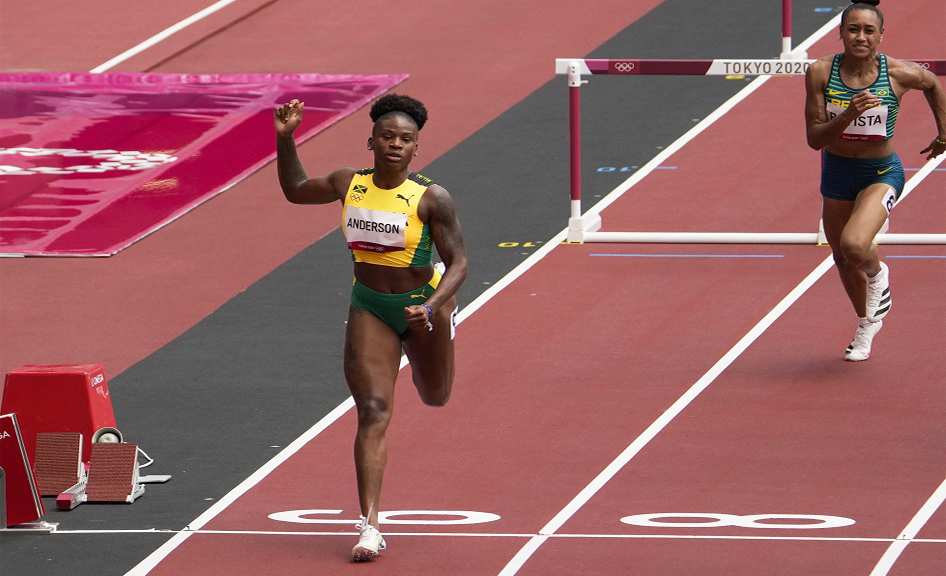 “I want to thank my coaches Matthew and Phillip for believing in the dream,” said an ecstatic Tapper. “I started the season with 13.7 and both my coaches were very concerned, but that did not change their focus and determination for me and today we won an Olympic bronze medal.” 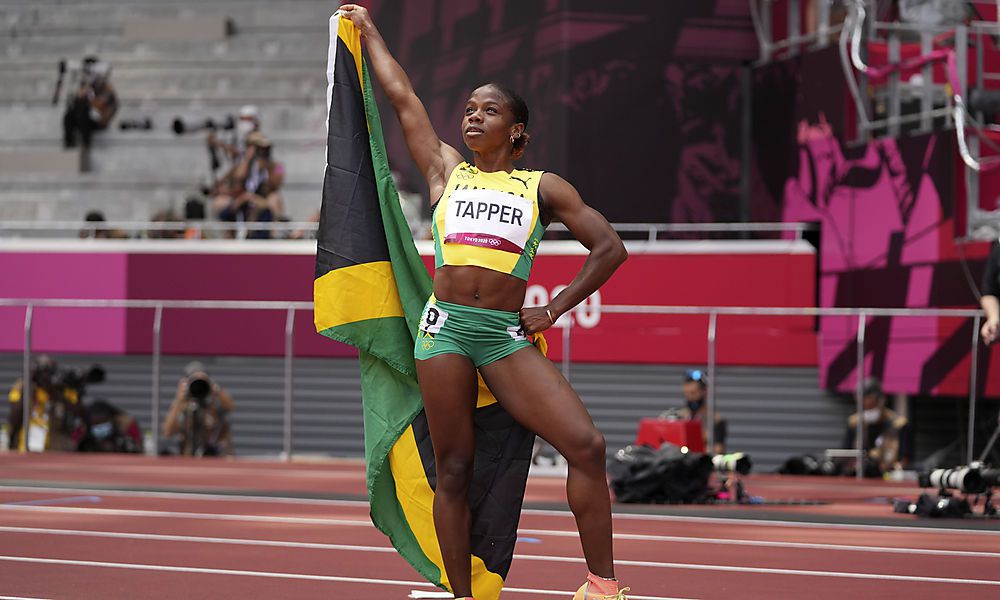 Tapper added, “I think I got a pretty good start and I focused on the ending part of my race because I knew I could finish. Just as much as my win at the national trials was a surprise, this is also surprising and I see myself as a big inspiration and motivation to others. If I can do it, anyone can.”

The vivacious Tapper closed off the interview with an entertaining reggae song, which gave rise to a possible career after athletics.