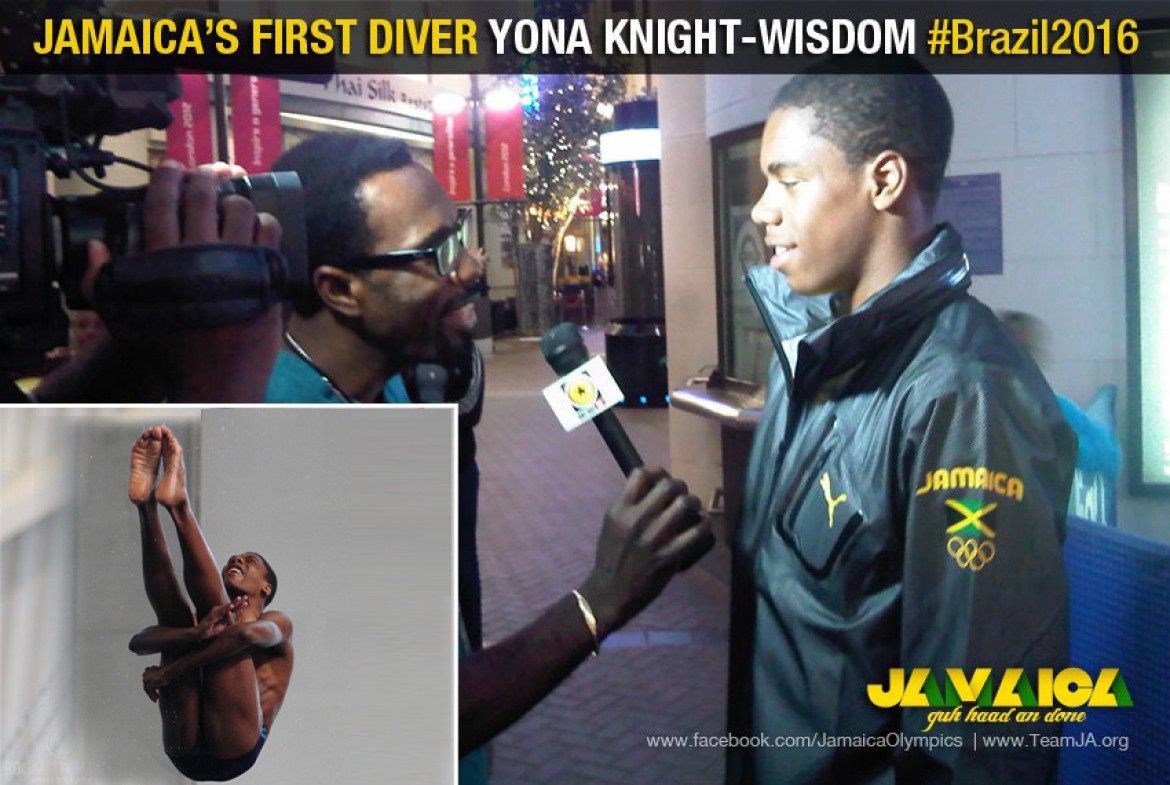 HAILING FROM Leeds but representing Jamaica, the main goal for three-metre diver Yona Knight-Wisdom is to represent the Caribbean country at the 2016 Rio Olympic Games in Brazil.

But like every sportsperson, the price of success is not cheap and the 17-year-old from Chapelton needed financial support to assist him with achieving his dream of competing in Rio.

And thankfully for Yona, who won a gold medal at the British National Diving Championships in Plymouth in February, entrepreneur Levi Roots has committed to sponsoring the promising athlete.

Disclosing how he got in touch with the founder of Reggae Reggae Sauce, Yona told the Voice of Sport: “I sent him an email from the email address on his website saying what I was doing, what I was looking for, I sent him a video of some of my dives and they replied to me. They asked me to come down to London and have a meeting with them. I discussed it with my coach and with them and they were really happy give me some money for the next four years in the run up to the Olympics.

“He was there in the meeting and he was asking me all these questions like why did I start diving, why I started diving for Jamaica and things like that. He was really impressed with my whole story. He seemed like a really nice guy. He’s nice and chilled out, just like how I am. But obviously you can see that he’s worked hard to get where he is now.”

Yona, who is Jamaica’s sole diver and represented the Caribbean nation at last year’s World Junior Championships, explained the reasoning behind switching allegiances.

“I’ve been diving for nine years and up until last year I was trying to break into the British team but at my age group it was always really competitive. My coach believed I could make it to big international competitions and I also believed that as well and because I was never getting selected for Great Britain I thought that I need to get where I want to be at all costs,” said Yona.

“Jamaica and Barbados was an option through my parents and I chose Jamaica. It was 2011 when I chose to dive for them and it was 2012 when it all got sorted out.”

While diving at Rio 2016 is his ultimate ambition, Yona – who has a “hectic schedule” balancing both academic studies with training six-times a week – is also looking forward to the possibility of competing against a high calibre field at the 2014 Commonwealth Games in Glasgow, Scotland.

“That’ll be a really good experience because it’s like a Games atmosphere. There’ll be loads of people from different sports and diving there is quite competitive with big countries like England, Australia, Canada – it’s quite a competitive competition so it’s definitely something to look at and hopefully I can compete there and do well,” said the 6ft 1in teenager, who is tall compared to most divers.

And describing his emotions should he represent Jamaica at the Games, Yona added: “It would be the most amazing thing I’ve achieved in my life so far, definitely. I don’t think I can explain it right now. Over the next few years I’m going to have to put in so much hard work to make it because it won’t be easy. I’ll be competing against the best divers in the world just to qualify.