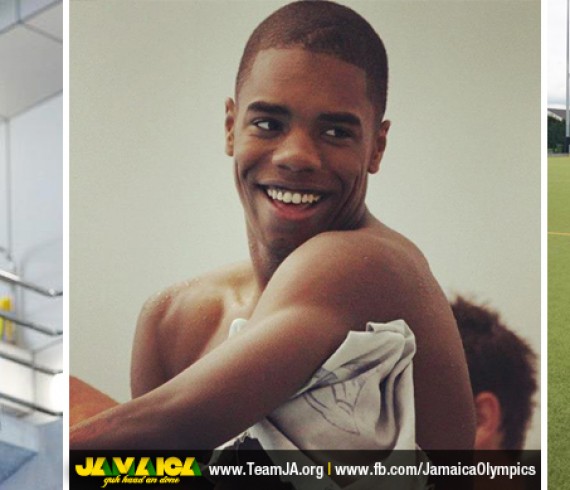 by admin· April 15, 2013· in Diving, Jamaica, News, Rio 2016, Sourced, Swimming· 2711 comments tags: Athletics, Ato Boldon, Brussels, Brussels: Bolt comes back to Memorial, Carifta, Carifta 2013, Carifta U-17, Carifta U-20, Diamond League, Diamond League Brussels, diving, Jamaica, Jamaica sports, Jamaican Diving, Olympics, Rio 2016, Shelly-Ann Fraser-Pryce, U-17, U20, Usain Bolt, Yona Knight-Wisdom
Chapeltown’s Yona Knight-Wisdom, whose father was born in Kingston, is officially Jamaica’s number one diver and has high hopes of joining Usain Bolt and Yohan Blake at the opening parade ceremony of the 2016 Olympics in Rio. Yona made his debut for Jamaica earlier this year when he competed at an international meeting in Dresden, Germany, advancing to the finals. This past Easter weekend, competing for his City of Leeds club, Yona won a Gold in the 1m event at the British Gas Elite National Junior Diving Championships, scoring 502, a new Personal Best. Knight Wisdom also won Silver in the 3m event. “I couldn’t be happier with these results and it gives me huge confidence for the summer international competitions”, said Yona, bubbling with enthusiasm. “It’s also a fantastic way to end my junior career.” [hr] [column2] [/column2] [column2_last] [/column2_last] [hr] The Elite National Championship is the highlight on the domestic junior calendar and was held at the John Charles Centre in Leeds, where the country’s top under 18 divers battled it out for honours. “British diving is at a really high standard at the moment with the likes of Jack Laugher and Tom Daley”, Knight-Wisdom confirmed. “It could […] Read More 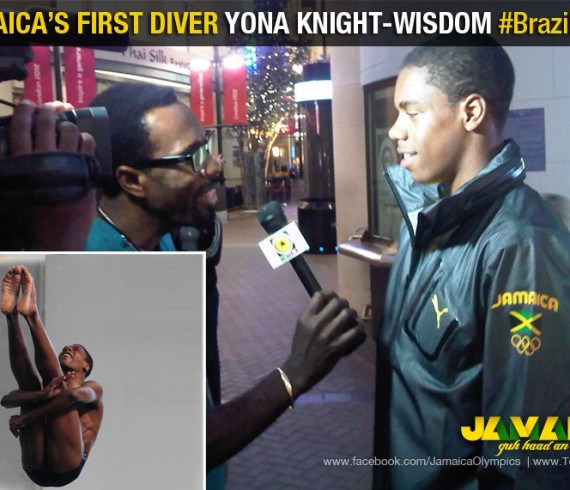 by admin· April 02, 2013· in Diving, Jamaica, News, Sourced, Swimming· 1169 comments tags: Athletics, Ato Boldon, Brussels, Brussels: Bolt comes back to Memorial, Carifta, Carifta 2013, Carifta U-17, Carifta U-20, Diamond League, Diamond League Brussels, diving, Jamaica, Jamaica sports, Jamaican Diving, Olympics, Rio 2016, Shelly-Ann Fraser-Pryce, U-17, U20, Usain Bolt, Yona Knight-Wisdom
HAILING FROM Leeds but representing Jamaica, the main goal for three-metre diver Yona Knight-Wisdom is to represent the Caribbean country at the 2016 Rio Olympic Games in Brazil. But like every sportsperson, the price of success is not cheap and the 17-year-old from Chapelton needed financial support to assist him with achieving his dream of competing in Rio. And thankfully for Yona, who won a gold medal at the British National Diving Championships in Plymouth in February, entrepreneur Levi Roots has committed to sponsoring the promising athlete.   Disclosing how he got in touch with the founder of Reggae Reggae Sauce, Yona told the Voice of Sport: “I sent him an email from the email address on his website saying what I was doing, what I was looking for, I sent him a video of some of my dives and they replied to me. They asked me to come down to London and have a meeting with them. I discussed it with my coach and with them and they were really happy give me some money for the next four years in the run up to the Olympics. “He was there in the meeting and he was asking me all […] Read More