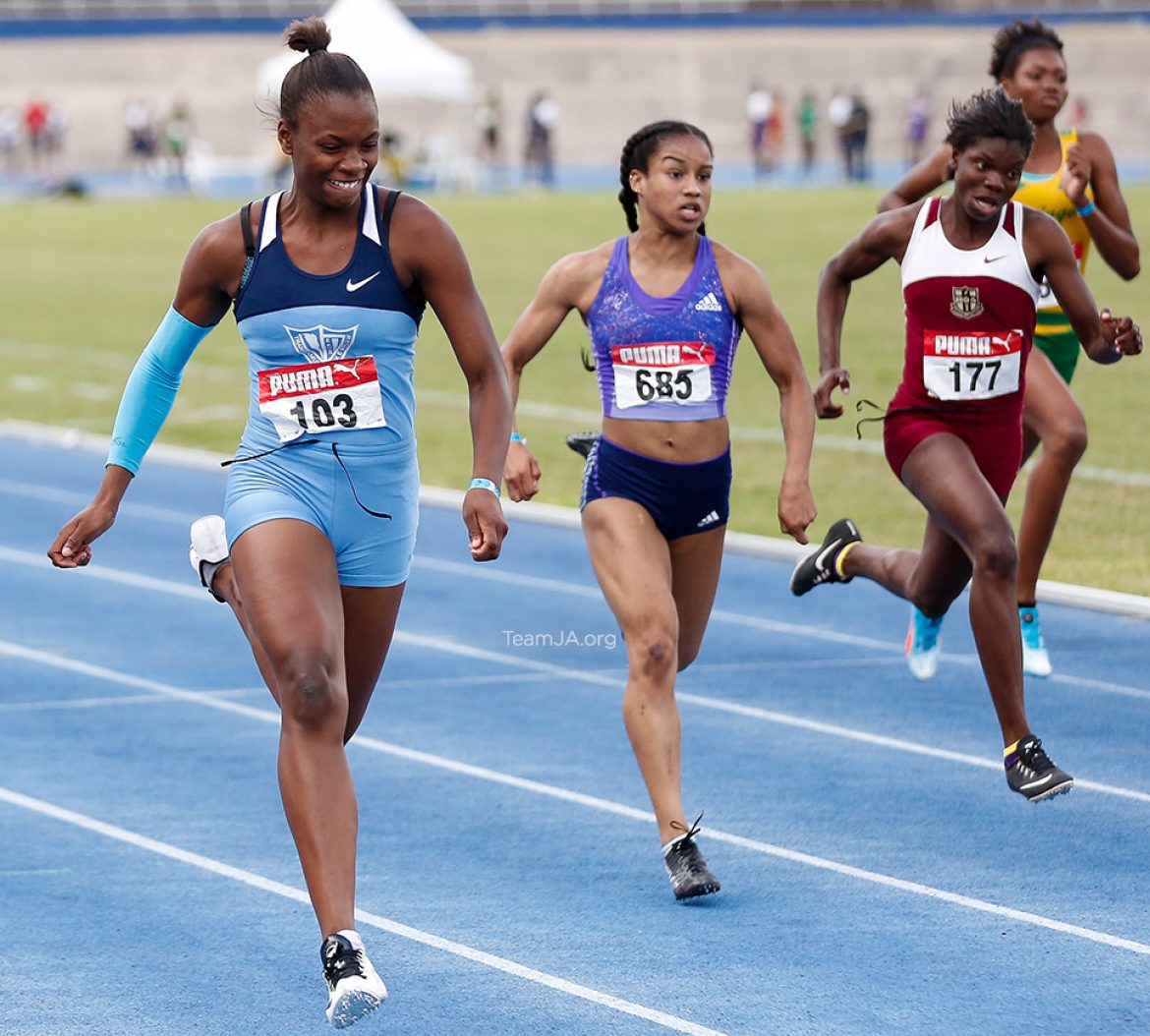 Kevona Davis, the defending champion for the 100m and 200m in Class Three has been creating waves again this season and is the big favorite to not just retain the sprint double at ‘Champs’ but also carve her name in the record books. Davis who is part of a very strong Edwin Allen contingent that is expected to win its 4th straight and 5th overall title has been unstoppable all season, more often than not merely racing the clock.

Shauna Helps’ Class Three 100m record of 11.50 seconds is officially on life support, if Davis’ pre-champs form is anything to go by and come Friday March 31, many are expecting the plug to be pulled on the Wolmerian’s five year old mark. Davis who won last year in 11.63, has already gone well under the Champs record and is the fastest schoolgirl on the season after clocking 11.43 to win the U18 100m at the CARIFTA Trials.

Davis is also expected to be racing the clock when she contests the 200m. This time she will be chasing the record of 23.11 set by Champs legend Anneisha McLaughlin of Holmwood Technical High School in 2001. Many believe that if pushed, the Edwin Allen athlete could challenge McLaughlin’s 16 year old mark especially after she clocked an impressive 23.32 to win the 200m at the final meet in the 2017 Digicel Grand Prix series.

Davis’ biggest challenge will be the precocious Holmwood Technical High School hotstepper Sashieka Steele who is in her 1st year in Class Three. Steele the dual sprint champion last year in Class Four has also been very impressive this season. The diminutive sprinter sped to an eye popping 11.50 to win the 100m at the Digicel Grand Prix Finals and if she reproduces that effort at the big dance, could push Davis to a sub 11.30 clocking in what is expected to be ideal conditions for sprinting.

Steele and Hydel High’s Gabrielle Matthews, another graduate from Class Four should at least ensure that Davis knows she is in a race if they meet in the 200m. Matthews who played second fiddle to Steele in the sprints last year also showed great form at the Digicel Grand Prix finals, chasing Davis for much of the way to record a personal best 23.78.