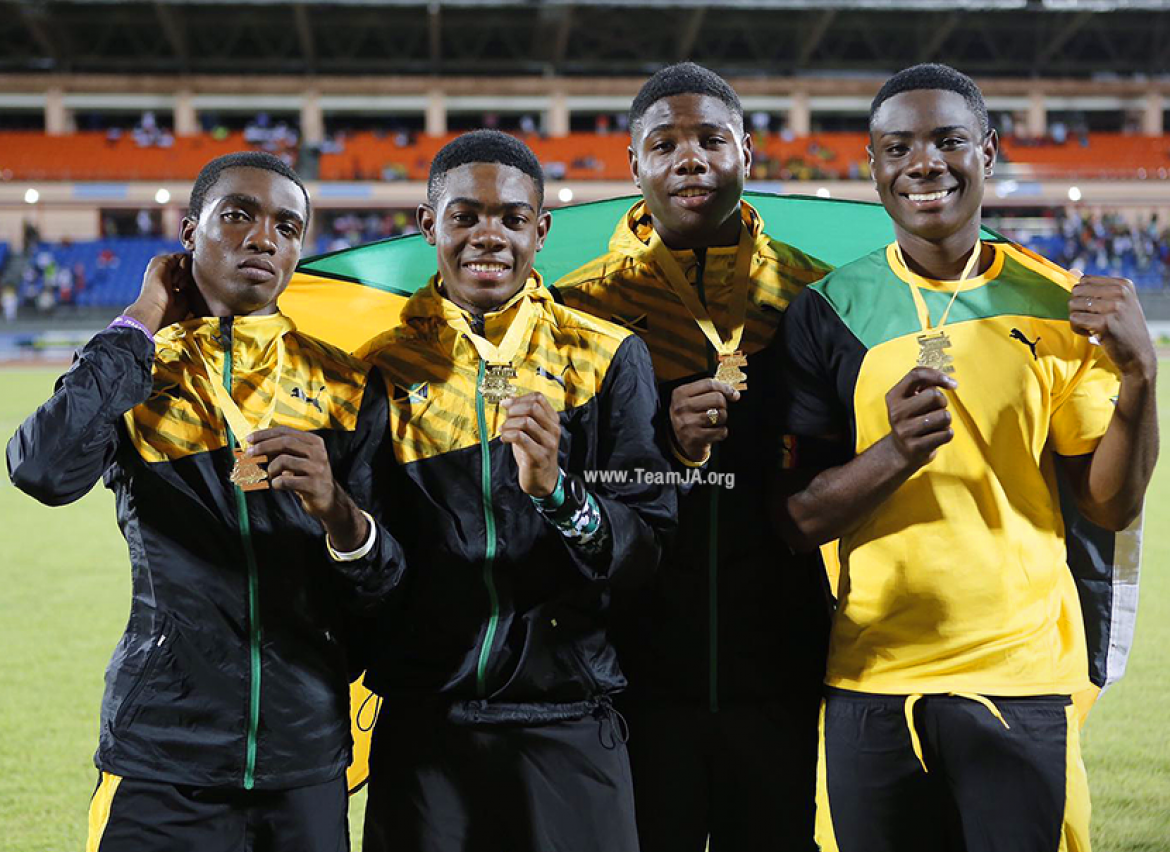 Jamaican athletes are set to dominate at the 46th CARIFTA Games after some dazzling performances at the recent ISSA/Grace Kennedy Boys and Girls Track and Field Championships.

Kevona Davis may have left ‘Champs’ with the Class Three 200m record but is eager to set things right in the 100m after a much-debated false start which many believed robbed her of what was shaping up to be an assault on Shauna Helps’ 100m record. The CARIFTA U18 best of 11.28 set in 1998, some three years before Davis was born, could be under threat if the world number one ranked U18 sprinter gets ideal conditions.

Britany Anderson has the four fastest times in the world in 2017 among U18 athletes over the sprint hurdles and barring the unforseen should rewrite the record books perhaps even break the 13 second barrier.

Christopher Taylor is a household name in the Caribbean and needs very little introduction. He steps up to the U20 category but is not expected to face any serious challenges as he continues his meticulous build up to his ultimate objective – London 2017.

De’Jour Russell was fancied to challenge for the 110m hurdles Gold Medal in Grenada last year but agonizingly false-started. He will be looking to not just recoup losses but if he sets his mind to it, challenge Tavonte Mott’s 2 year old mark of 13.06. The powerfully built Russell has the 2017 World Leading time of 13.31 for the U18 category.

The 2016 CARIFTA Champion over 200m, Michael Stephens will be looking to repeat and judging from his performances this season will be hard to beat if fully fit. Stephens is the Class One ‘Champs’ winner over 100m and is currently the 4th fastest U18 athlete over the half lap in 2017 with a best of 20.93

Janeek Brown returned from an injury plagued 2016 to register some brilliant performances at ‘Champs’ 2017 including a short-lived record over the 100m hurdles. Brown who holds the U18 record of 13.29 which she set in 2015 may have added motivation as that mark should be removed from the books by a marauding Britany Anderson. The Jamaican has the 5th fastest (13.16) time in the world among the U20s.

Junelle Bromfield surprisingly chose to run the 800m in Grenada last year but will be tackling the 400m in Curacao. The 2016 IAAF U20 World Championship bronze medalist is rounding into good form and is expected to challenge for the top spot on the podium.

Timor Barrett upset his more fancied rivals to win Gold at the CARIFTA Games in 2016. He could join Jaheel Hyde as Jamaicans to have won back to back titles in the U20 category.

Cemore Donald doesn’t know how to lose a final and that is not expected to change when she contests the 800m. The defending champion will have her sights set on Natoya Goule’s eleven year old CARIFTA record of 2.09.59, a mark she has bettered on several occasions this season.

The enigmatic Antonio Watson has had somewhat of a mixed season. The talented 15 year old is the 5th ranked U18 athlete in the world in 2017 with 47.08 and while not expected to challenge Christopher Taylor’s record of 46.64, could run well enough to not just win but also go sub 47 seconds.

Carey McLeod has been having a dream season and will be looking to take his show on the road. McLeod, a double Gold medalist from ‘Champs’ 2017 is expected to face stiff competition but is a dynamic and improving competitor who could well prove equal to the task in this his first CARIFTA Games.

Kevin Nedrick was fancied to take three Gold medals at ‘Champs’ but only managed one (Shot Put) despite a National Junior Record in the Discus. He is no stranger to winning medals at CARIFTA and should do so again. A motivated Nedrick should easily surpass compatriot Ashinia Miller’s six year old mark of 19.47m.

Michae Harriott is a raw talent who has grown in confidence as the season has progressed. The ‘Champs’ 2017 double sprint Gold medalist will contest the 200m and in present frame of mind should be among the favorites for the top spot in the half lap event.