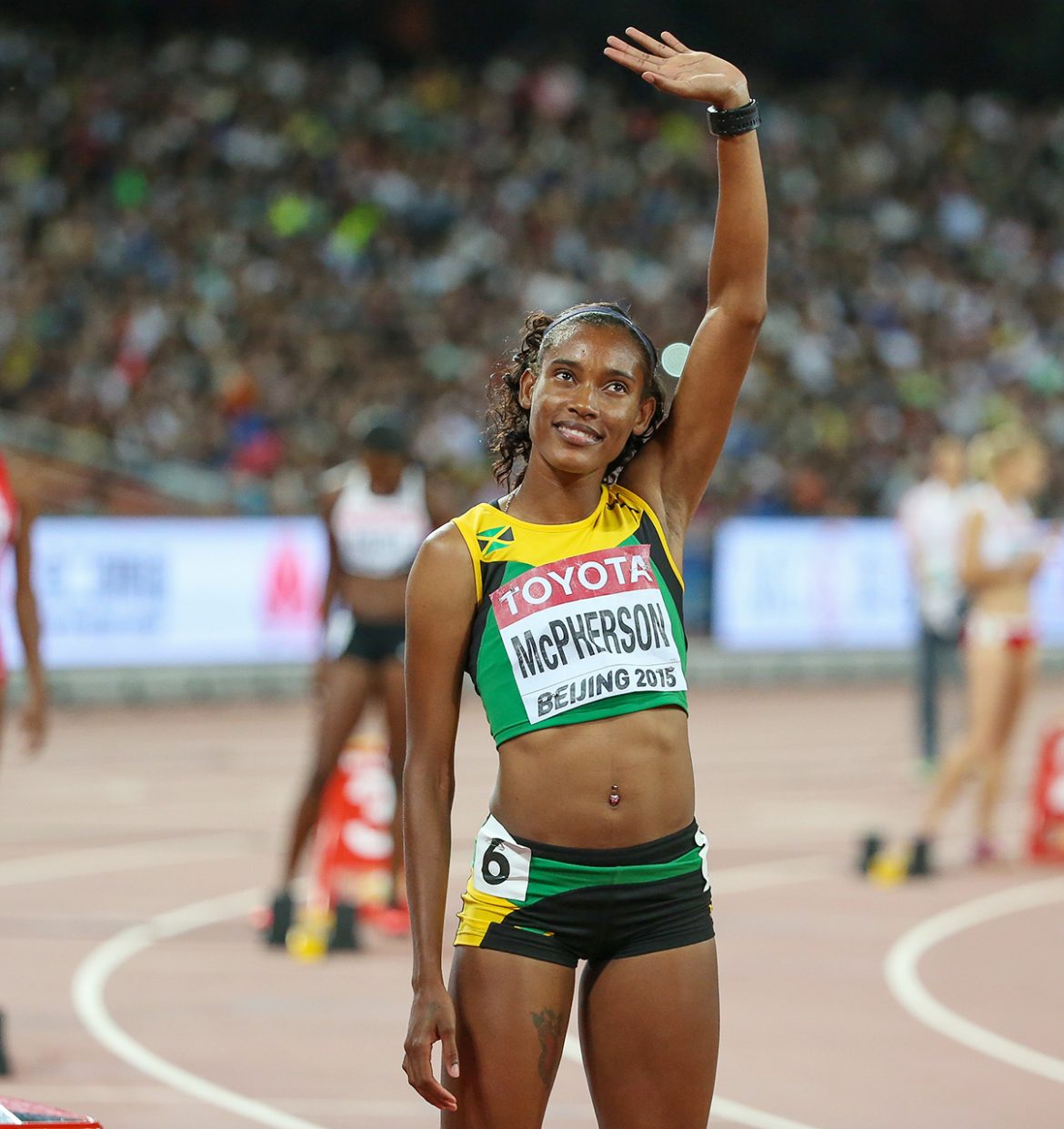 Stephanie-Ann McPherson produced a gallant display in her first final at a global championships but was nosed out by hometown girl Antonina Krivoshapka for the bronze medal in the 400m at the 2013 IAAF World championships in Moscow, Russia. The Jamaican, then a 24 year old rookie on the international circuit clocked 49.99 to Krivoshapka’s 49.78 as Gold went to Great Britain’s Christine Ohuruogu in 49.41 over Amantle Montsho of Botswana also in 49.41.

McPherson will however have some reason to celebrate, albeit some 4 years later. In 2016 Krivoshapka’s samples from the 2012 Olympics were retested and on February 1, 2017 it was announced that the samples were found to contain the banned substance Turinabol. In April 2017 she was given a two year ban which disqualified all her results from 2012 and 2013.

The Russian’s doping violation and the disqualification of her results means that McPherson has been upgraded to the Bronze medal position.The wiry Jamaican will be among 15 individuals and relay teams that will be presented their medals at special ceremonies at the 16th IAAF World Championships which starts on August 4 in London.