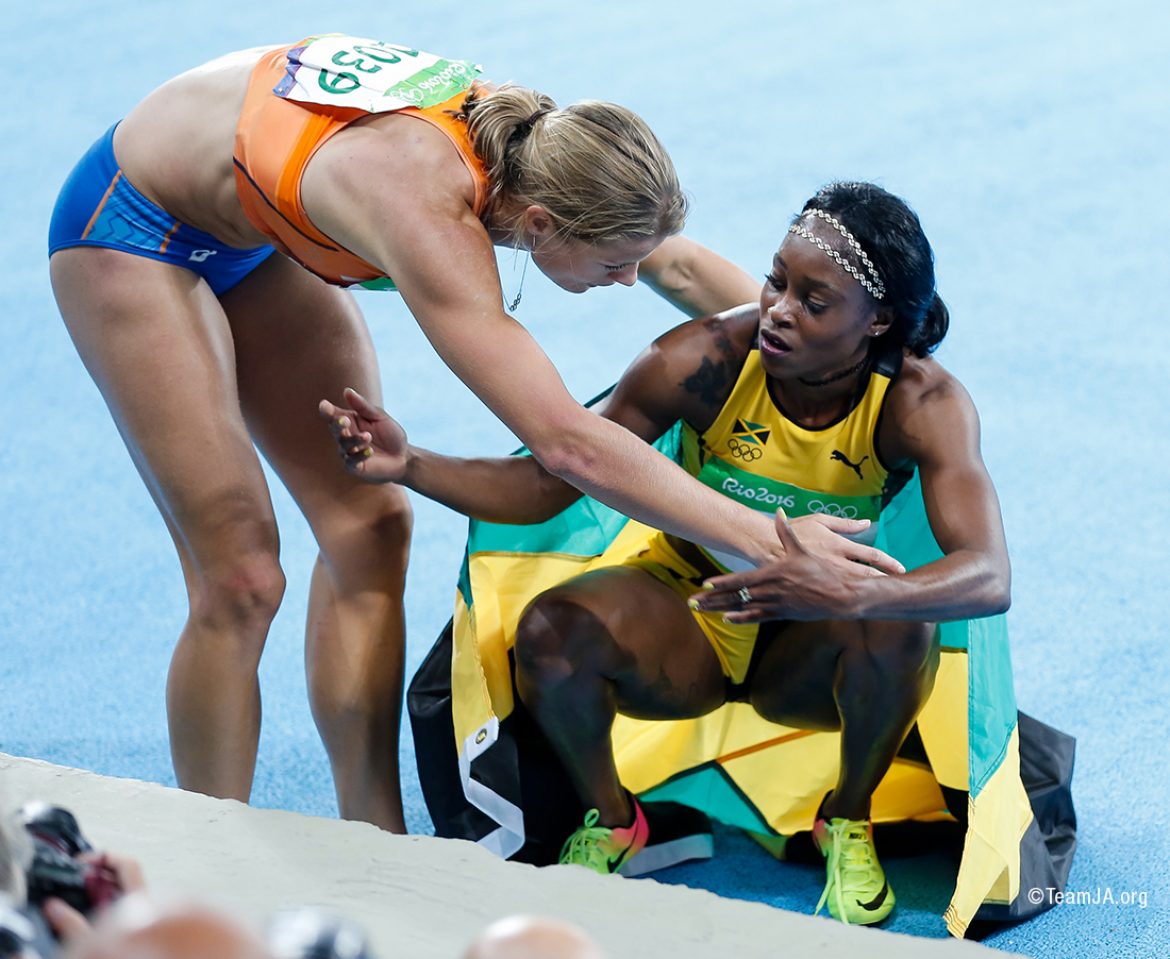 In 2015 the two were involved in one of the most breath-taking finishes over 200m at a global championships with the Dutch superstar Dafne Schippers closing strongly to overhaul Jamaican Elaine Thompson to win the Gold medal at the Beijing Games. In 2016 the Jamaican returned the favour not once but twice at the Rio Olympics with Schippers failing to medal in the 100m and being beaten by Thompson in her pet event, the 200m in another epic showdown between arguably the world’s top two female sprinters since 2015.

Thompson became the first woman since Florence Griffiths-Joyner to win the 100/200m double at the Olympic Games. Schippers has found it difficult to beat the Jamaican since, losing every time the two have met over 100m. The 2015 World Champion was visibly upset after her last ditch effort to deny Thompson the coveted double in Rio almost resulted in her falling flat on her face.

There appears to be no love lost between the two, something that is not alien to the world of track and field, especially among the sport’s elite. The flying Dutchwoman who has seen Thompson supplant her as the world’s premier female sprinter has made no secret of her desire to swing the rivalry back in her favour.

The two are expected to feature strongly in the Women’s 100m at the 16th IAAF World Championships in London which gets underway on August 4 with Thompson the overwhelming favourite to secure the Gold. The Jamaican will not be attempting the double so Schippers will be aiming to topple Thompson from her perch in what has become one of the most competitive rivalries in the sport.

In a recent interview, Schippers was asked to comment on her relationship with the high-flying Jamaican and it was not surprising that her response hinted at nothing more than muscled politeness. ‘It’s very bad’, Schippers is reported to have said. ‘I don’t know why. Maybe because we are both big talents. If she says “Hi” I will say “Hi”. I am more of an easy person. With the European athletes I can have fun with them. I am an easy person to talk to. If she won’t do that, then OK’, Schippers added in the interview excerpts of which appeared in an article by Adam Crafton for The Daily Mail.

Schippers has a chip on her shoulder and who can blame her. ‘My mood was not great after Rio. I came for Gold and didn’t get it……..There is always the next Gold. Starting in London!’. Thompson may once again stand in her way, at least in the 100m.