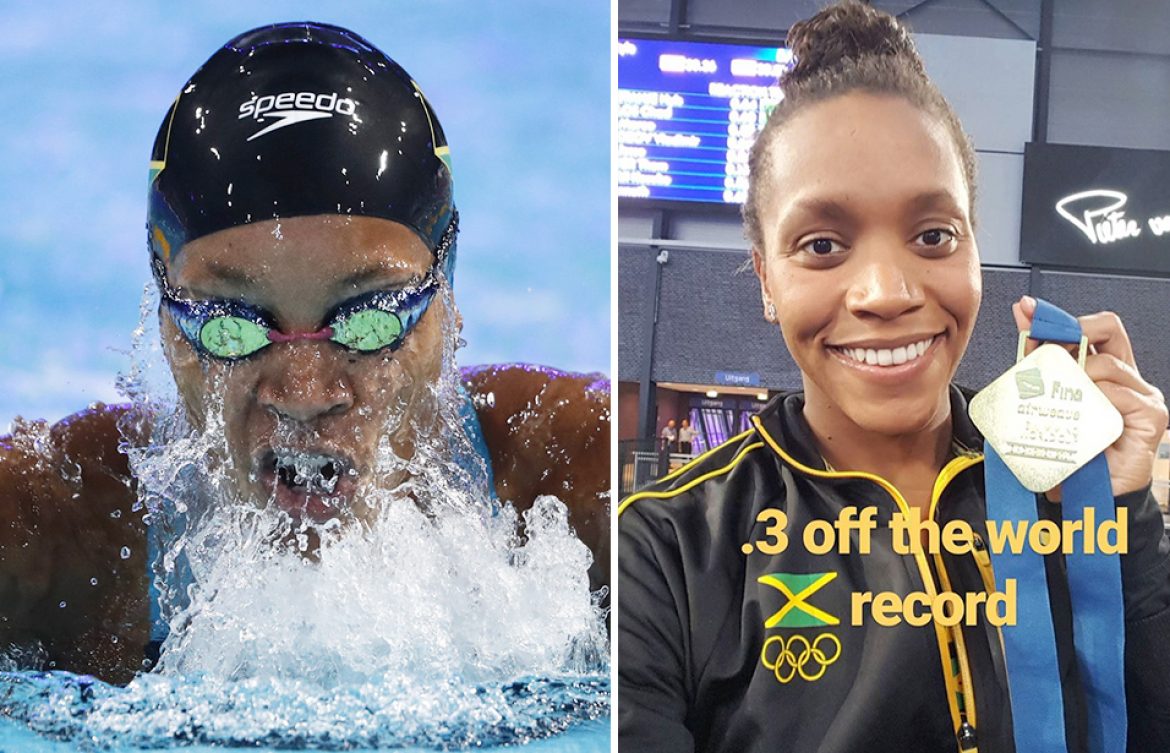 The Jamaican sensation qualified for the finals earlier today in a time of 1:04.75 seconds the exact time of the World Record Holder to set up what the Dutch commentator called ‘A Cracker of a Final.’ But there was no contest as the Jamaican ruled the pool, winning the gold in one of the fastest times ever.