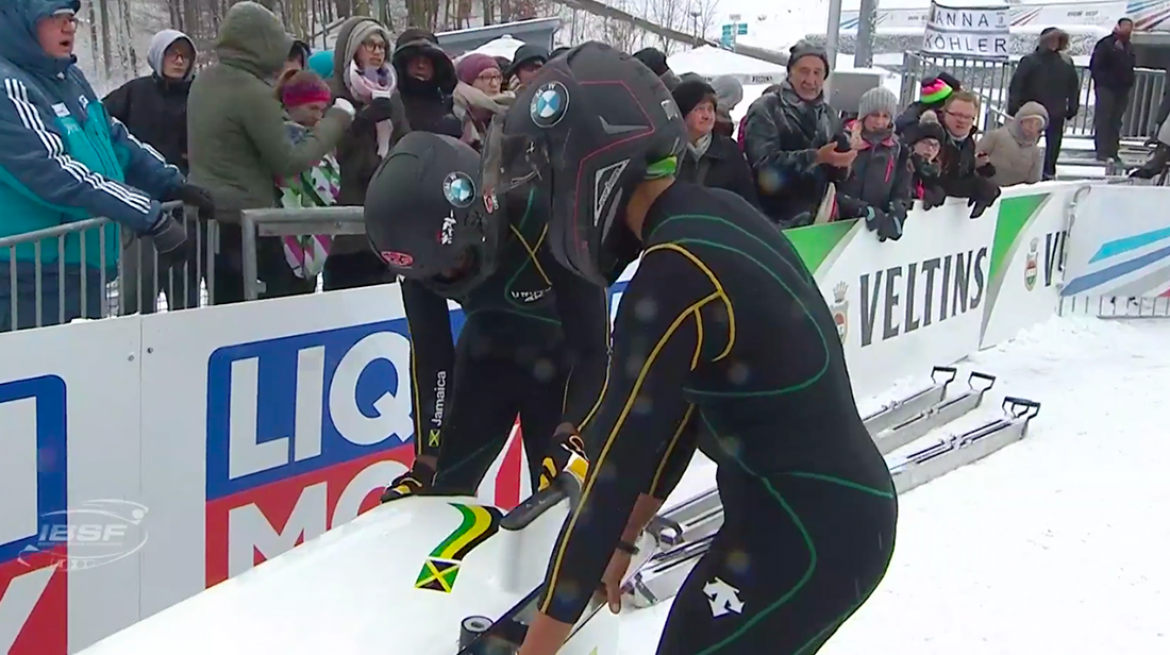 Jamaica is in position to qualify an Olympic women’s bobsled team for the first time after achieving its best-ever elite international result Saturday.

But the standings are close, and there are plenty of qualifying races left.

The seventh-place finish Saturday put Jamaica 24 points ahead of Romania for the last Olympic spot, but there are plenty of races left in qualifying and 24 points can be made up in one race.

Jamaica is also vying to qualify in two-man bobsled for Pyeongchang after making the Olympics in 2014 for the first time since 2002.