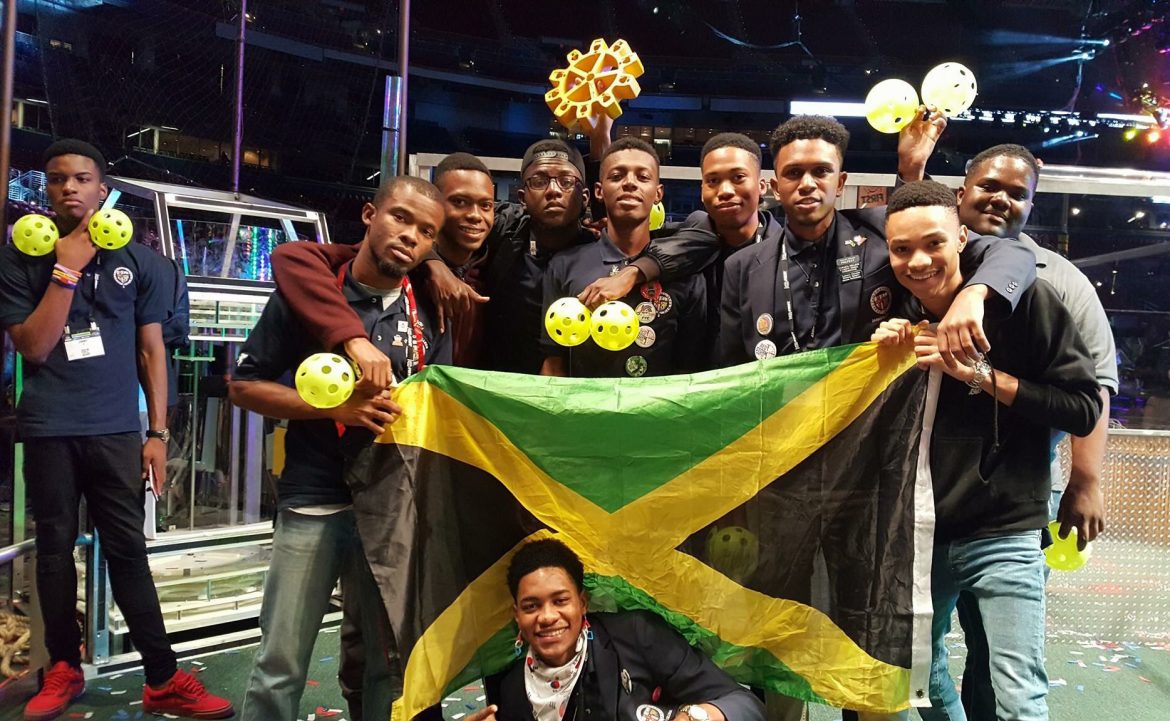 The 13-member Jamaica College Robotics Team wins Inspire Award at the FIRST Tech Challenge (FTC) Relic Recovery Challenge in New York City. The Inspire Award is the top award given to teams at the FTC Championship given to the team that is the best example of all-around excellence, acts as a strong ambassador, and is the best embodiment of the spirit of the US FIRST program.

The National Baking Company donated $2.6 million to the Jamaica College (JC) Robotics Club through its foundation.

The robotics club has competed in the International Robotics Competition US FIRST since 2009. The annual competition challenges teams of high school students and their mentors to raise funds, design their team brand, polish their teamwork skills and then build and program industrial-sized robots weighing up to 120 pounds to play a difficult game against competitors.