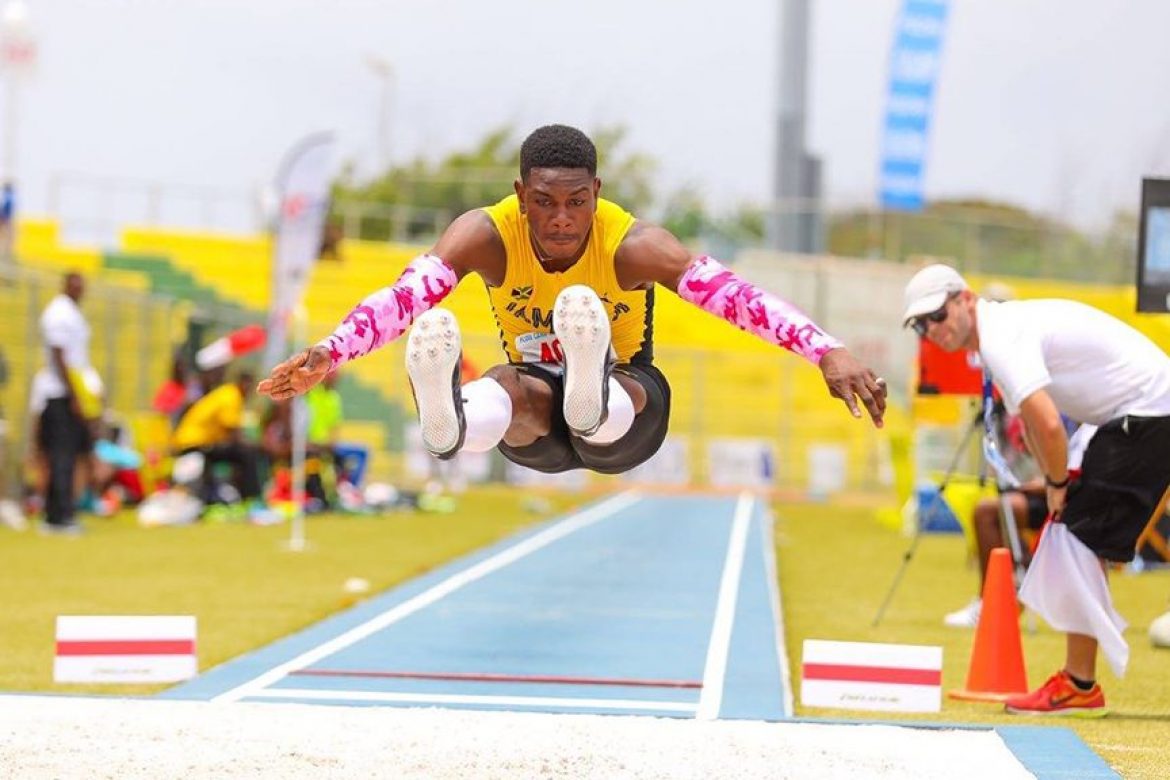 Making your country’s Olympic team is a lifetime achievement. Doing so in two field events suggest that the individual is special.

Jamaica’s multi-talented Carey McLeod is one of two male athletes, the other being Brazilian Alexsandro Melo, carrying the unique distinction of competing in the long and triple jumps at Tokyo2020. McLeod is the first Jamaican athlete to compete in both horizontal jumps at the same Olympics.

“It’s an amazing feeling,” said McLeod, who is a first time Olympian. “I started watching the World Championships in 2015 and immediately knew that I wanted to compete at that level. However, I did not have the standard and missed making the Jamaica senior team in 2017. After transferring from Emporia State University to the University of Tennessee in 2019, I decided to make the sacrifice and dedicate all my time and energy into making the team to Tokyo.” 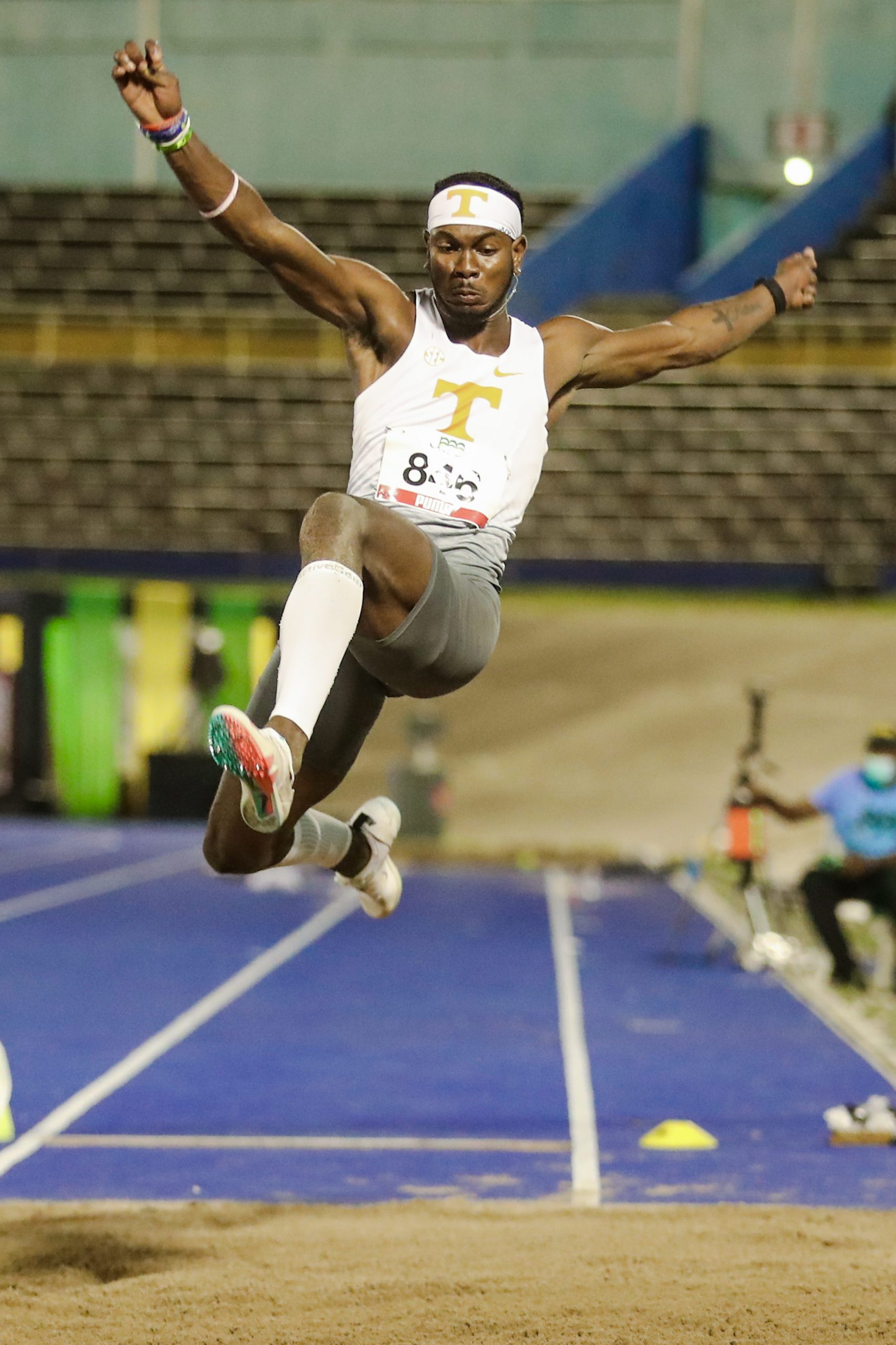 “I look back at my progress from 2015 to now and can proudly say that I’ve come a far way and I’m not done yet,” proclaimed McLeod, who was encouraged to take up the sport by the visionary Miss Smith, his Physical Education teacher, who observed him jumping over desks and chairs at Garvey Maceo High School.

At the time, another sport competed for McLeod’s attention. He was highly regarded as an accomplished central defender in football. Interestingly, at the appropriate time, McLeod made the well-thought-out decision to switch.

“The choice between football and track and field was all mine,” McLeod declared. “I felt track and field offered the best future for me and my family and I wanted to live the dream of my mother, a promising athlete, who did not get the opportunity to realize her full potential.”

Before the positive persuasion from Miss Smith, McLeod had tried sprinting. “At first, I did not have the confidence in running because I was not the fastest. I got hurt a lot including a hip problem and that was because I was not strong enough. Everything changed when Miss Smith introduced me to the jump pit.”

In his final year in high school, McLeod was a double gold medallist for Kingston College in the horizontal jumps at the 2017 ISSA/GraceKennedy Boys’ and Girls’ Athletics Championships. He has improved leaps and bounds since attending college overseas. He credits his short stint at Emporia State University in Kansas for unlocking his mindset.

“When I was at Emporia State University, I learned a lot of valuable lessons that shaped me into being the person I am today. I remember the nurturing and counselling I got from the people around me after fracturing my heel and missing out a year. While recovering I learned to be humble and embraced the encouragement received that I would come back and do well.”

McLeod, who stated that his long jump training is more intense than his triple jump, was involved in a keen tussle with World Champion Tajay Gayle at the JAAA National Senior Championships in June. McLeod actually led the contest until the penultimate round.

“It was a great competition,” said McLeod. “Hats off to Tajay. My series was great, as I jumped over 8m three times after scratching my first attempt. It showed I had a lot in the tank, and things could have been better if I had a slight tailwind behind me.”

The 23-year-old indicated the triple jump comes naturally to him; however, he draws inspiration from one of the all-time greats. ”I study many videos of Christian Taylor (two-time Olympic and four-time world champion) and his philosophy. I like his execution and I just go out and try to be like him,” said McLeod, who like Taylor includes 400m workouts in his training to build strength. 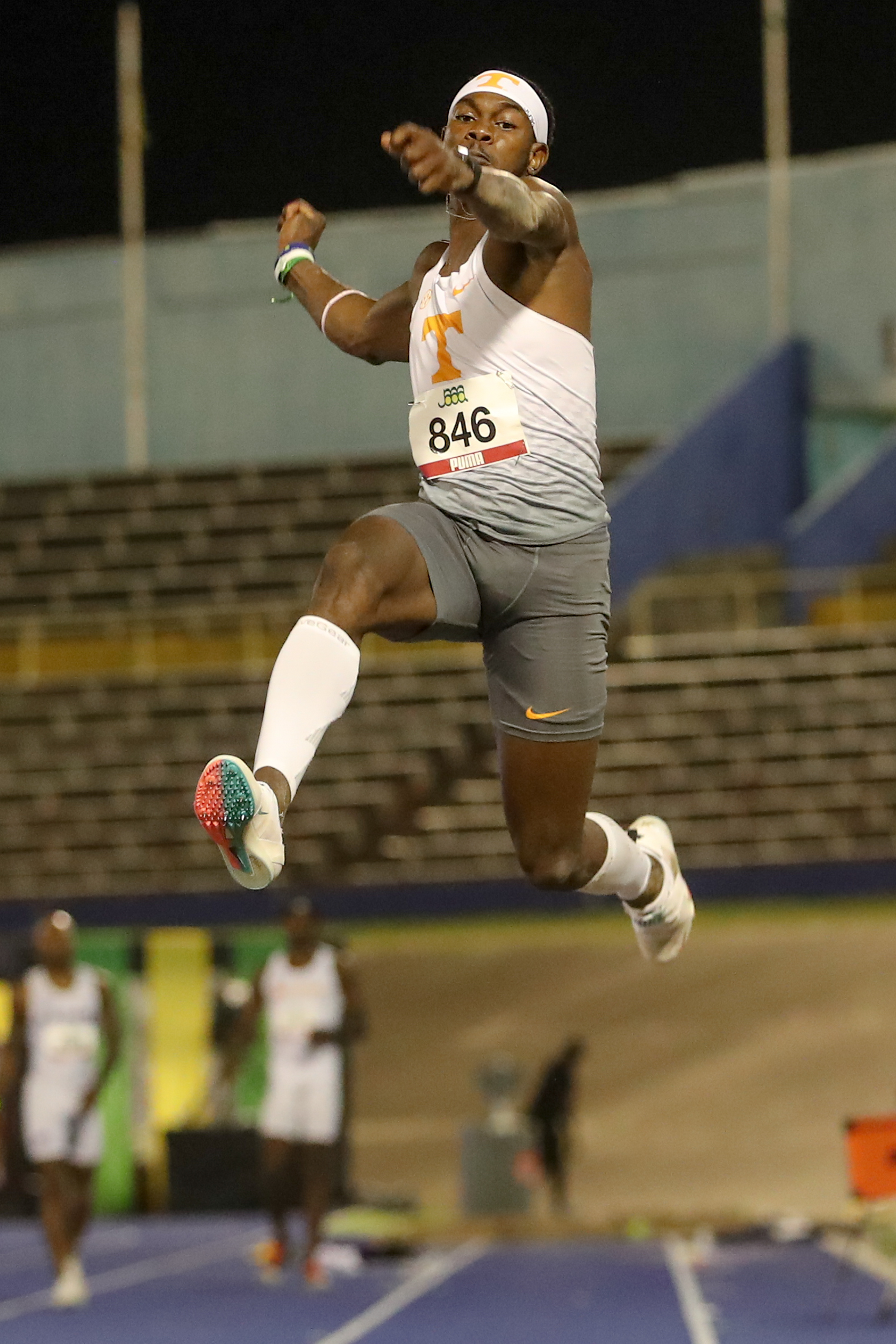 McLeod, who has jumped beyond 17m indoors, has his sights set on improving his outdoor mark of 16.40m. “At the trials, it was all about showing fitness, showing that I was ready and focusing on securing my spot. In Tokyo, that’s where I will get to work,” he expressed with confidence.

The young man with the indomitable spirit and beautiful technique is satisfied with his Olympic schedule for both events, which he feels gives him sufficient time to recover. “My first event (long jump) gets underway on July 31, 2021, and it’s all about preparation and time management. I should get to Tokyo a week early to acclimatize. My ultimate aim is to walk away with a medal.”