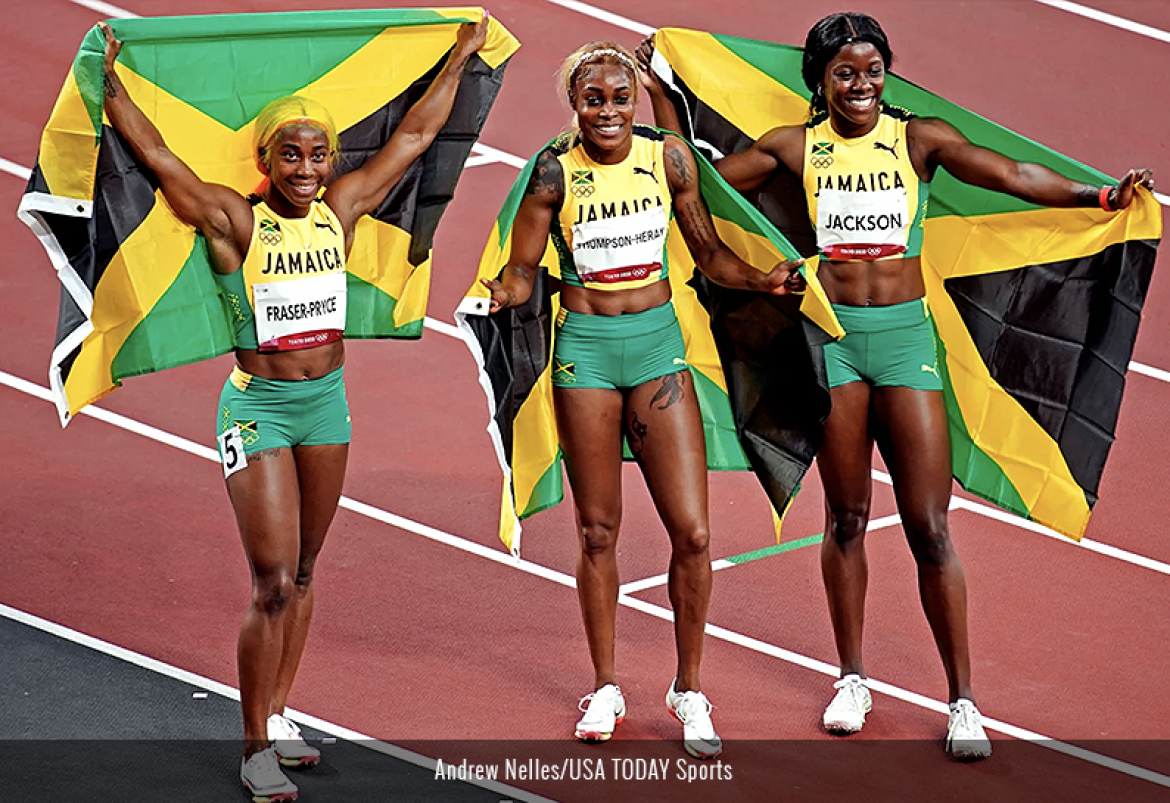 From the women’s 100m heats got underway in Tokyo; it seemed something special was in the offing. Jamaica’s three female sprinters brought their ‘A’ game to the Japan capital and many track and field aficionados predicted a podium sweep.

Elaine Thompson-Herah, the defending sprint double Olympic champion, had endured some modest returns since 2016, a period where she won no individual medal. Therefore, she came into the games with a burden of uncertainty questioning her status as one of the elites and the ability to repeat her 2016 feat.

Notwithstanding, Thompson-Herah, who looked peerless throughout the rounds, returned emphatically to the zenith of world sprinting on Saturday (31) at the XX11 Olympiad. She produced an almost flawless run to not only defend her title, but also remove – unbelievably – one of the records held by American Florence Griffith-Joyner – the Olympic record (10.62), which stood for 33 years.

Thompson-Herah, drawn in lane four with Shelly-Ann Fraser-Pryce to her right in lane five had a decent start and was not too far behind Fraser-Pryce after the first 30m. At the halfway stage they looked inseparable and a tense finish looked likely until Thompson-Herah shift gears and began to accelerate from Fraser-Pryce to win by daylight in 10.61 seconds (-0.6 m/s), in a new Olympic record.

Fraser-Pryce won silver in 10.74 seconds with her compatriot Shericka Jackson storming through in a lifetime best of 10.76 to make it one-two-three.

Thompson-Herah, who started celebrating before crossing the finish line, could scarcely believe her eyes when she saw the amazing time displayed on the big screen and unleashed a scream of joy that reverberated around the empty stadium. 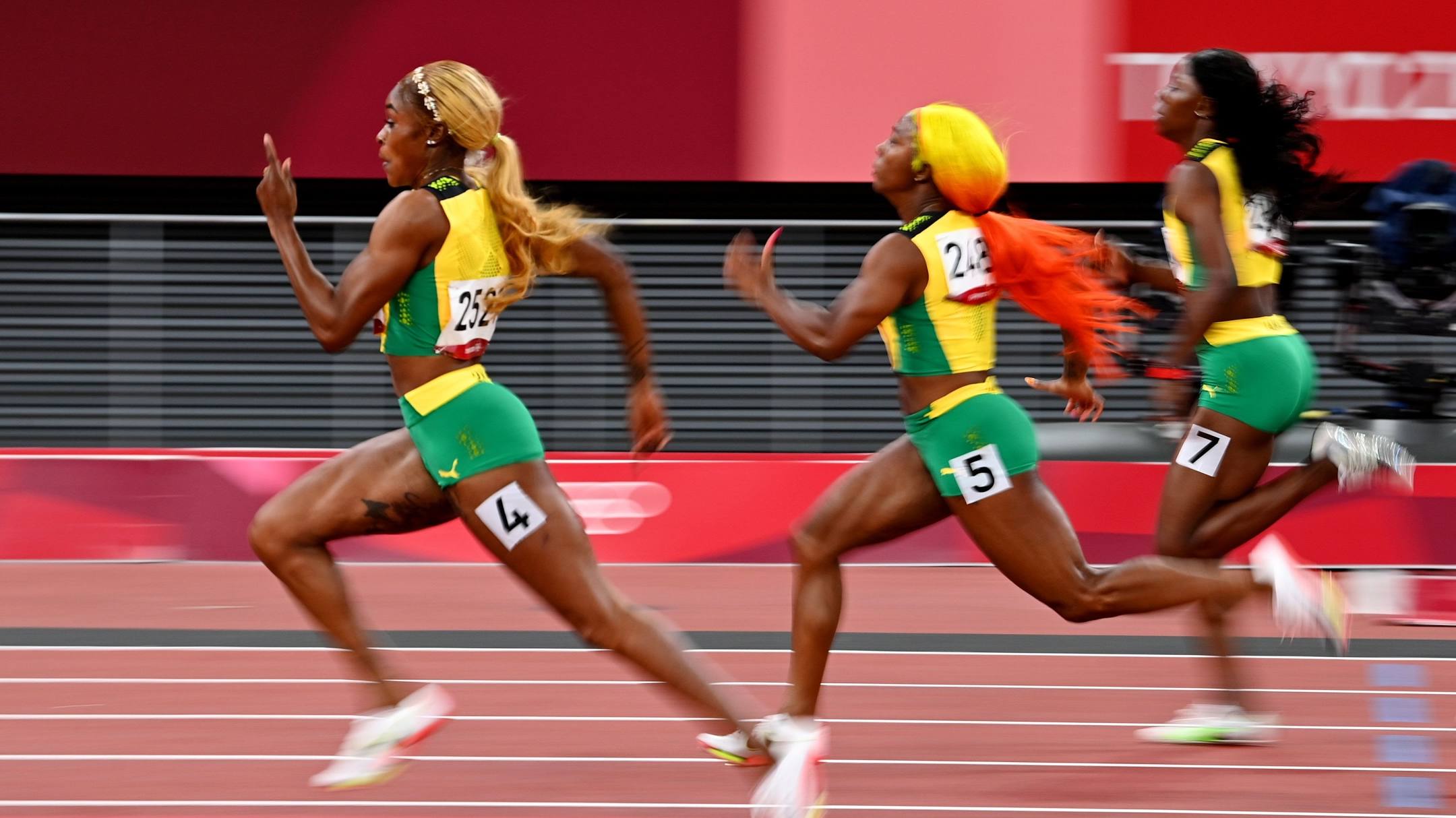 “I have been struggling with my injury, back and forth,” Thompson-Herah said afterwards. “I see all the bad comments. I take all of my losses, all of my defeats and I use them as my motivation.”

Fraser-Pryce, who was aiming to become the first woman to win three 100m Olympic titles, competing at her fourth Olympics reflected on her race. “It wasn’t the best 30 metres because I had a stumble at about the third step and I never recovered from it,” said the 34-year-old. 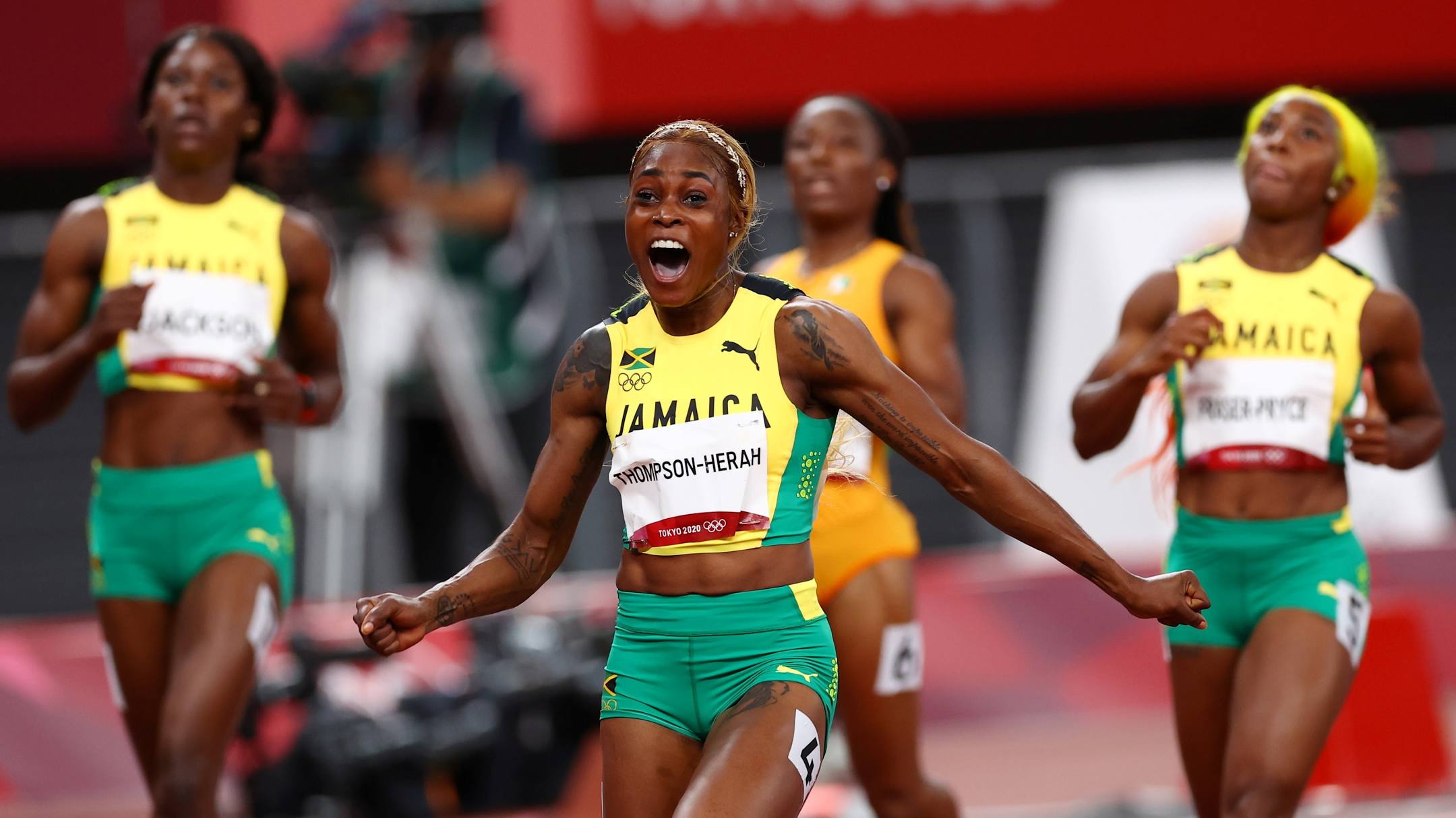 “I am excited because, as a mother and at my fourth Olympics, to be able to stand again on the podium is just a tremendous honour, but, you know, my emotions are still very raw right now. I am sure I will go home and there will be some tears.”

Jamaicans all over the world will celebrate this historic achievement with pride and grand celebrations (in their homes). It is only fitting that this moment has come on the heels of the country’s upcoming Emancipation and Independence holidays.