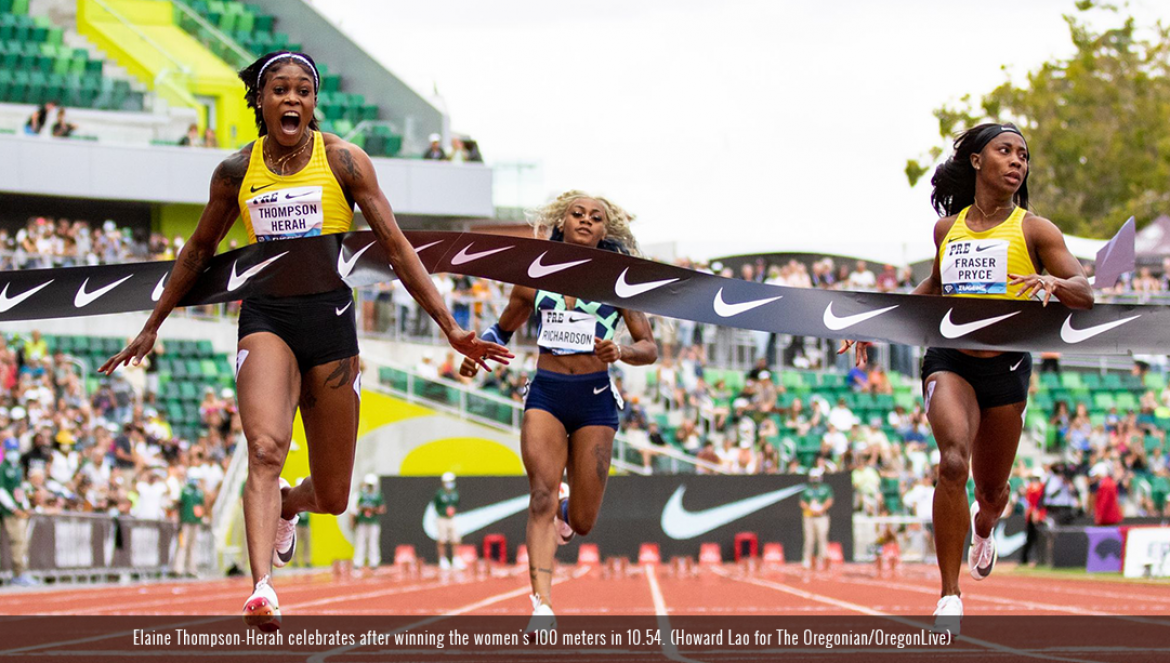 There was the alluring promise of a high-octane performance in the women’s 100m at the 2021 Prefontaine Classic Diamond League meeting in Eugene, Oregon on Saturday, August 21, 2021.

The sun shone brightly, providing almost near perfect weather conditions that would encourage fast times and incredible emotions from the excellent field, which included six finalists from the Tokyo Games.

Joining the line-up that was already teeming with talent was crowd favourite Sha’Carrie Richardson, who had a throng of supporters from her large fan base who were ready to cheer until they became hoarse.

As it turned out, for the four main protagonists, it was a tale of two motions – forward and reverse.
The irrepressible Elaine Thompson-Herah, fresh from her amazing Tokyo Games exploits three weeks ago, produced another exquisite display of sprinting stunning the world again in her seasonal debut Diamond League meeting. 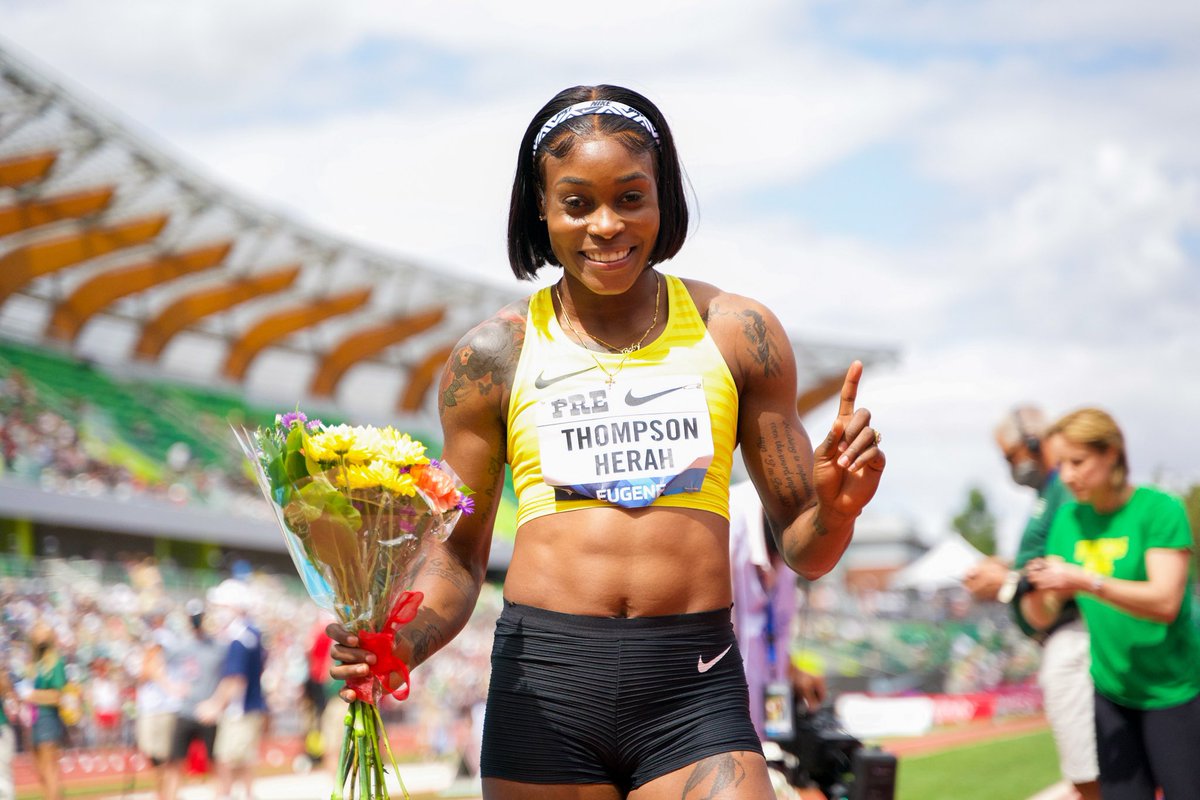 Drawn in lane six, Thompson-Herah and compatriot Shelly-Ann Fraser-Pryce in lane four got excellent starts and began separating themselves from the field at 50 metres. However, Thompson-Herah as she did in Tokyo unleashed a burst of speed that, for the moment and near future, is unmatched to win in a jaw dropping 10.54 seconds (+0.9 m/s).

The time supplanted existing records, including her national record and world-lead as well as the overall Diamond League record. “To come back with a PB after the championships, that is amazing. I haven’t run that fast in five years,” said the two-time Olympic champion.

Thompson-Herah, who is now in touching distance of Flo Jo’s record (10.49), spoke about her plans, “I think the records are in reach because I ran 10.5 and I have so much more in me. I don’t want to get carried away – the celebrations will start in October and November, but for now, I have a mission to complete!” 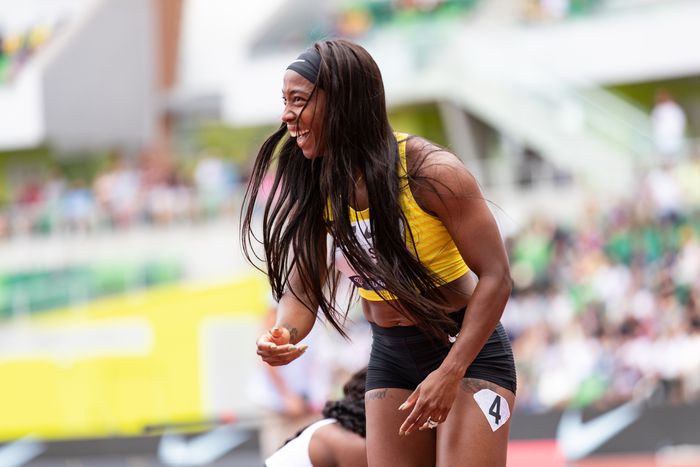 Shelly-Ann Fraser-Pryce smiles after finishing second in the women’s 100 meters on Day 2 of the 2021 Prefontaine Classic track meet on Saturday, Aug. 21, 2021, at Hayward Field in Eugene. Photo by Howard Lao for The Oregonian/OregonLive

Fraser-Pryce finished a creditable second in 10.73 seconds registering her tenth sub-11 clocking this season. “The race did not go according to the way I wanted, but nevertheless I think I had a good race,” she explained.

“There are still things that I need to work on so you take that lesson and move on and work on that.”

The versatile Shericka Jackson, with a storming run ensured Jamaica brought out the big broom and swept the Eugene podium as in Tokyo equalling her lifetime best of 10.76 seconds. 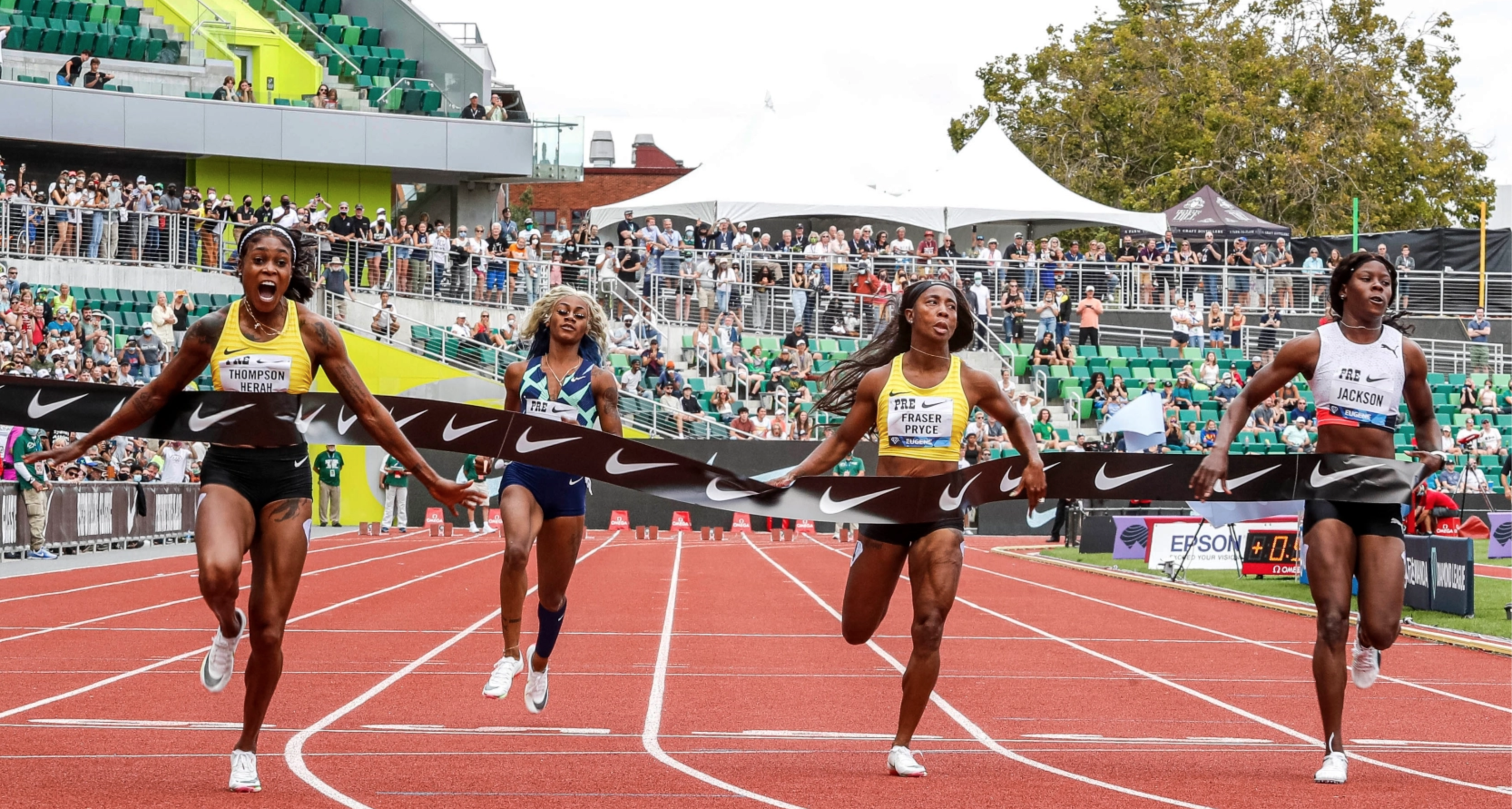 American poster girl Sha’Carrie Richardson, drawn in lane five, was sandwiched between Thompson-Herah and Fraser-Pryce in the starting blocks, an awkward position that could understandably rattle nerves and trigger cold sweat.

At Friday’s press conference, Richardson, who sat amongst the three Jamaican medallists proclaimed confidently that she was not star-struck. However, the start line was the closest she got to them as she found their early and sustained pace too hot to handle. 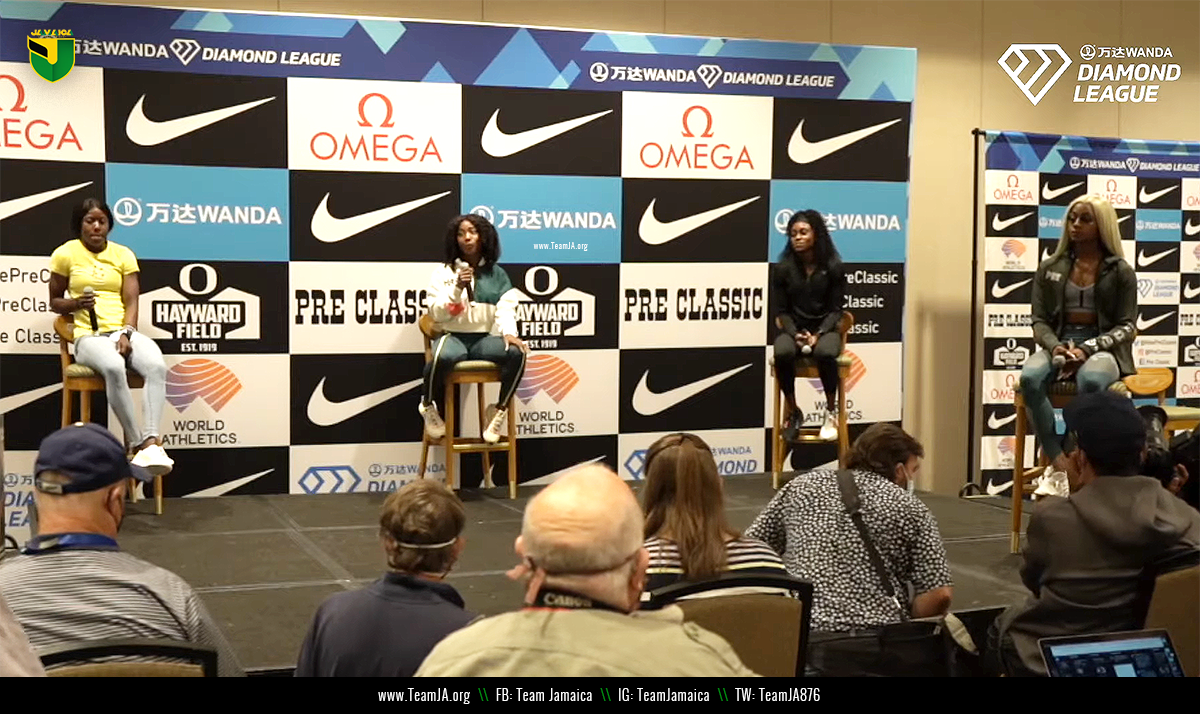 It was clear after the first thirty metres that the American was struggling like an unfit person running up a steep treadmill. While the Tokyo medallists accelerated down the home straight, Sha’Carrie Richardson surprisingly seemed to be operating in neutral as the entire field moved away.

Richardson finished a disappointing ninth, in 11.14 seconds, a position that belies her obvious talent and certainly was not in the script. “Coming out today, it was a great return back to the sport. I am not upset with myself at all. This is one race, I’m not done,” said a visibly shocked Richardson in a high-pitched voice.

“You know what I’m capable of, I’m the sixth fastest woman in this game, ever, and no one can take that away from me. Congratulations to the winners, but they are not done seeing me yet.”

Sometimes the road to success is under construction and the journey will take longer. Richardson is 21 and has time on her hands to draft another road map and deliver more than she has promised so far.