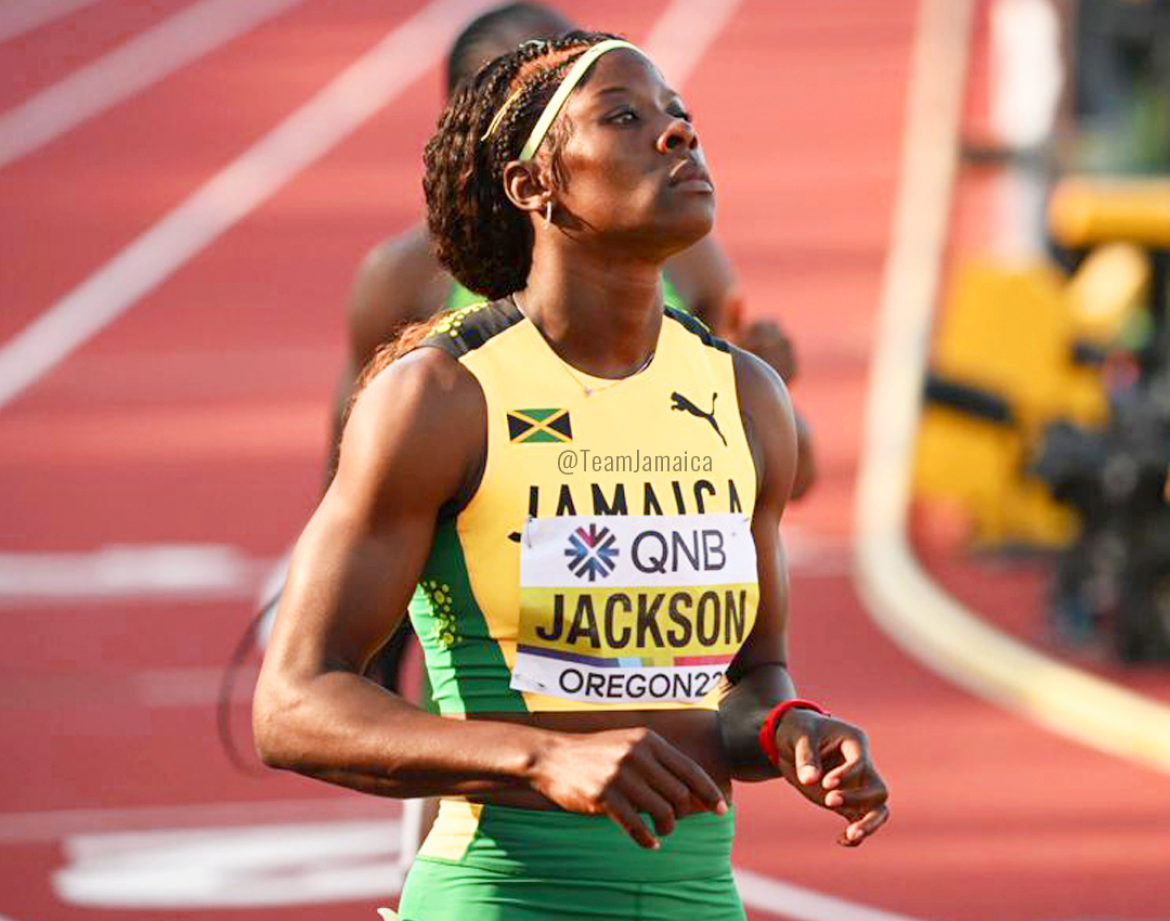 Eugene, Oregon – As was the case with the women’s 100m final, another monumental clash beckons in the 200m final with Jamaica’s sprint queens Shelly-Ann Fraser-Pryce, Shericka Jackson and Elaine Thompson-Herah aiming to replicate Sunday’s 1-2-3 podium sweep.

There is a lot of history riding on the event. Fraser-Pryce is one of three women to win the sprint double at a World Championship along with German Katrin Krabbe (1991) and Silke Mőller (1987).

Fraser-Pryce, who won her semi-final in 21.82 seconds, her second fastest time ever behind her 21.79 PB, has a chance to become the first woman to win the sprint double twice. 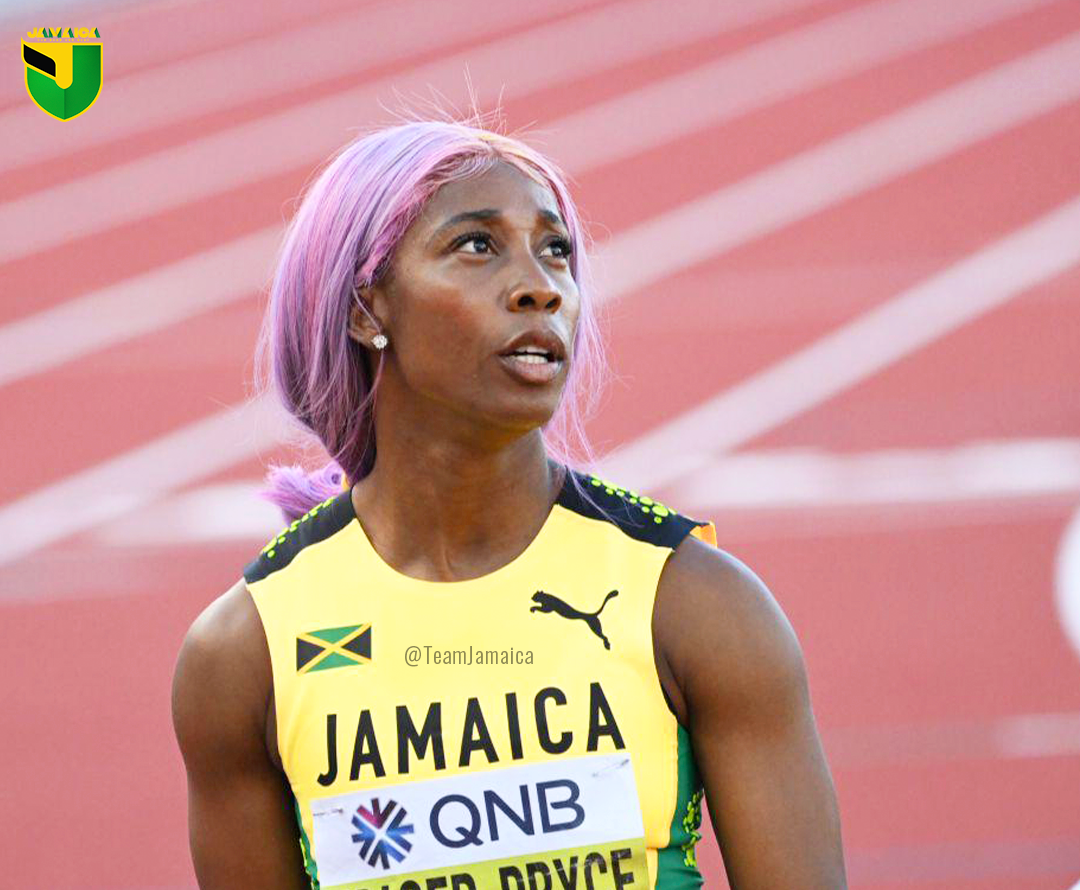 She hinted that despite fatigue setting in, she is still up for the challenge. “I’m feeling tired,” said Fraser-Pryce, who will get a full day’s rest with the final scheduled for Thursday (21). “It definitely takes a toll because I’m older than most of the girls. So I try to recover as best as I can to come out here and execute a good 200m.”

She added, “I am pleased, especially with my first 150m. I made sure to get out because I knew that the ladies behind me are capable of running 21 seconds and I didn’t want to give myself too much work to do. I was focused on giving myself an opportunity to represent in the final.”

Her compatriots Shericka Jackson and Elaine Thompson-Herah are also chasing history. This is Jackson’s first 200m final at any senior global championships and she comes into the event with strong credentials. Jackson, aided by the perfect wind sped to a scintillating semi-final win in 21.67 seconds (+2.0 m/s) her second fastest time following her 21.55 personal best in late June in Kingston.

“I’m feeling pretty good,” says Jackson, who surprisingly failed to make the Olympic final in Tokyo, Japan. “Last year was a wake-up call. I had one of the fastest 200m times last year and not advancing from the heats was a heart-breaking moment for me.”

Jackson continued – “I didn’t want to make any mistakes this year, so my coach and I sat down and spoke about running the curve as hard as possible and I did that today.” 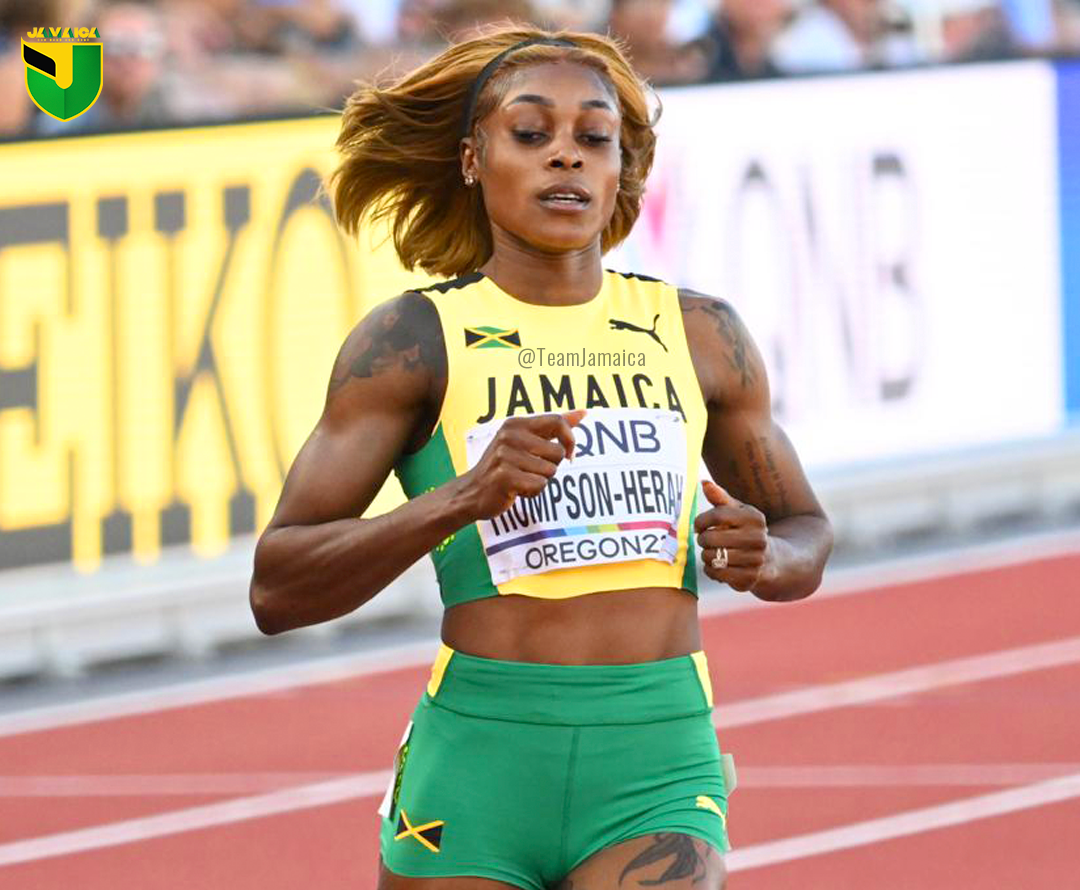 Thompson-Herah has never won individual gold at a world championship. She was narrowly defeated in the 200n final at the 2015 Championships by the flying Dutch woman Dafne Schippers.

Thompson-Herah was the only Jamaican who did not win her semi-final. She finished a close third, in a season’s best 21.97 seconds (+1.4 m/s), behind American Tamara Clark 21.95 and Great Britain’s Dina Asher-Smith 21.96 season’s best.

With seven of the finalists boasting sub-22 second personal bests, an enthralling final awaits. Here are the lane assignments: