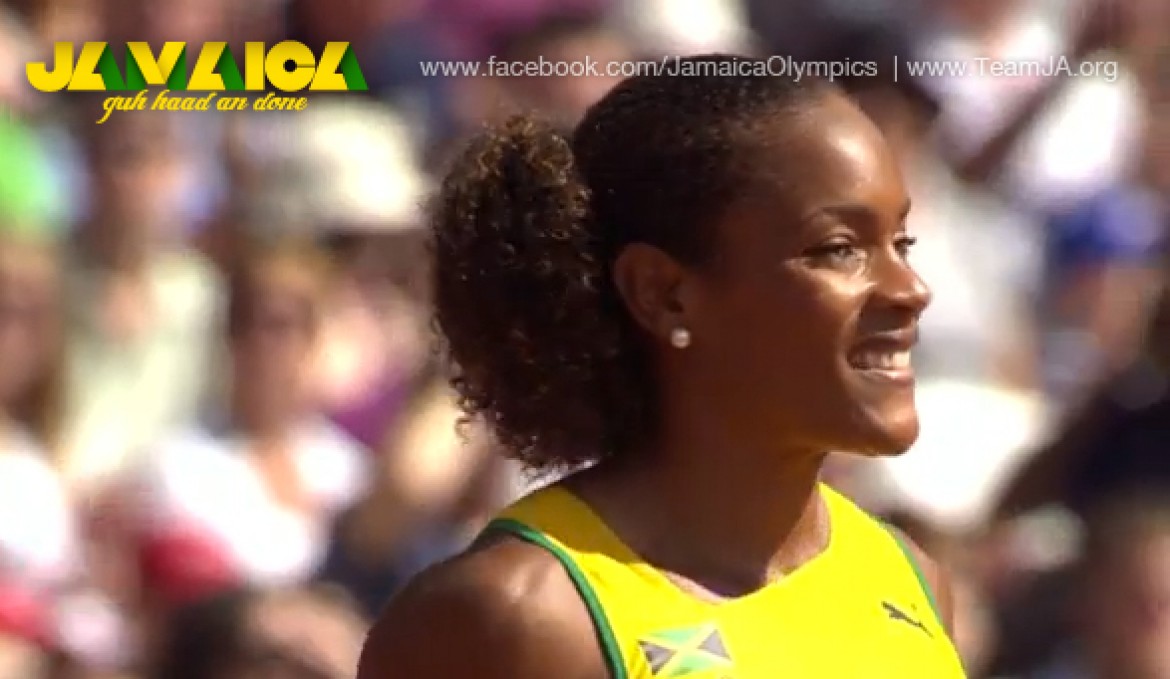 On the fourth day of Track and Field events at the London 2012 Olympics, Jamaican hurdler Brigitte Foster-Hylton suffered a devastating turn of events, in the 100 metres hurdles.

Day four, however, will be remembered as one of the lowest days for Jamaicans, as 100 metres hopeful Brigitte Foster-Hylton was impaired by a hurdle in heat six. Foster-Hylton did not make it through to the other qualifying rounds. Brigette was consoled by fellow hurdlers Lolo Jones of the United States, who was in her heat and Sally Pearson of Australia.