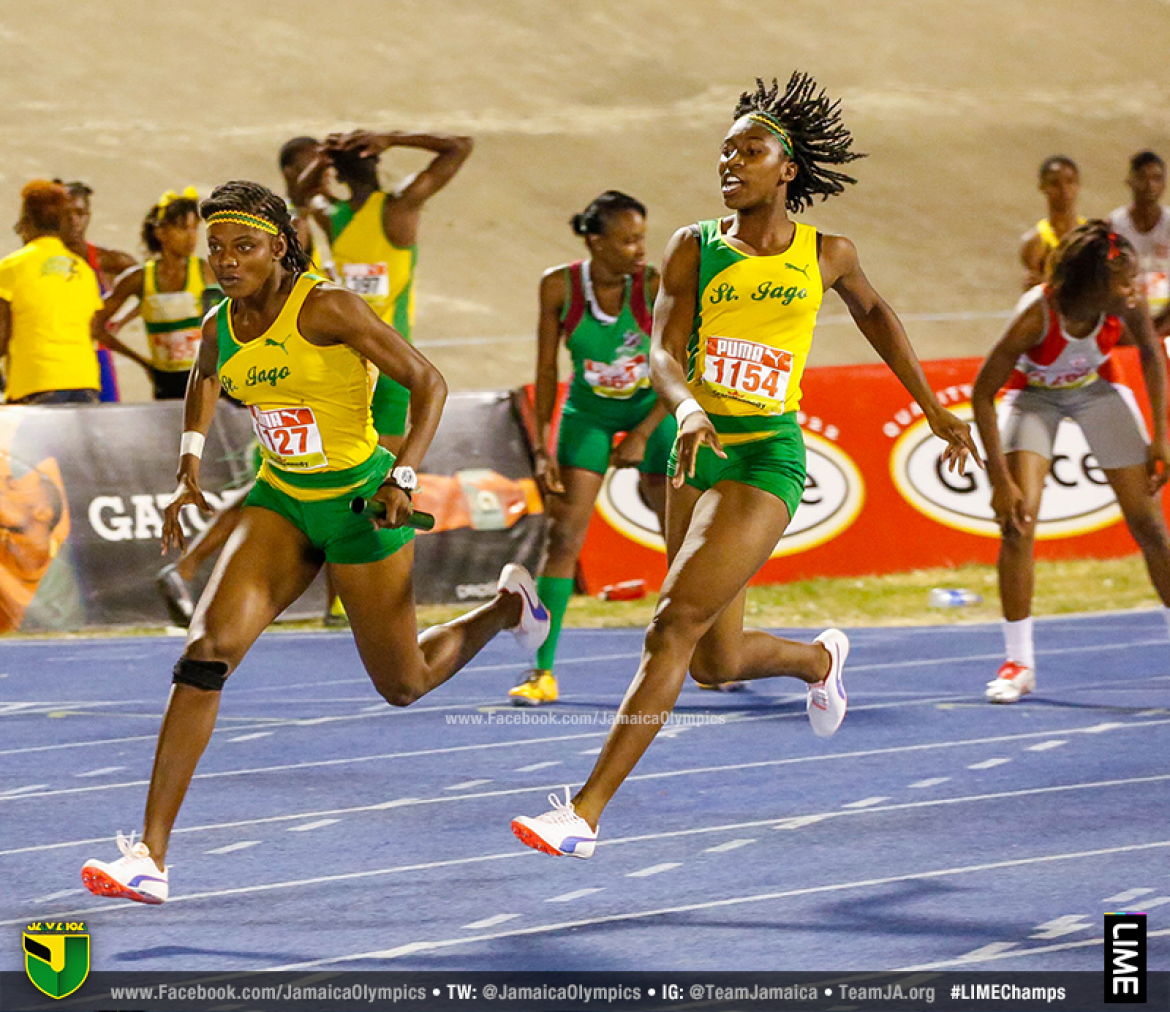 Defending champions Edwin Allen fired on all cylinders to easily win Girls Champs in 2014. However, they lost a number of stalwarts including Monique Spencer, Camira Haughton, Marleena Eubanks and Claudette Allen to name a few but such is the depth of the squad that many expect them to take the title back to Clarendon. The Michael Dyke coached team has looked very good all season and will be tough to beat especially with the likes of Sequkine Cameron, Shellece Clarke and Rochelle Fraser leading the charge. Kevona Davis and Shanique Rowe are the leading lights in Class Four.

St. Jago High School’s title credentials have been on display all season. The Monk Street Girls have been in the wilderness for a while but that could change as they have the firepower and quality to wrestle the title from Edwin Allen. The leading lights for St. Jago are Peta-Gay Williams, Natalliah Whyte, Shanice Reid, Kimone Shaw, Genekie Leith and Andrenette Knight to name a few. St. Jago will get quality points from Classes One and Three. They may have enough ammunition in the other two classes but lack star power in the field events which could be their undoing.

Holmwood Technical High will be looking to recover lost pride after a dismal showing last year. The squad this year is deeper and looks primed for a capital effort. the charge will be led by Shanieke Watson, Lisa Buchanan, Britney Hew, Ashley Williams, Chrissani May, Sashalee Forbes, Christine Irving, the brilliant Tamara Moncrieffe and a fairly strong Class Four led by ace hurdler Dyandra Gray and Nattesha Palmer. Write off the 10 time champions at your own peril.

Vere Technical High School is in rebuilding phase and will be laying the foundation in 2015 for a serious assault on the title in 2016. They will however make life miserable for the contenders in all classes with their strength being the middle distances with the likes of Sasha Gaye Whyte and last year’s champion girl, Britnie Dixon. Renee Medley is Vere’s star athlete in Class One and they will be looking to her to lead the way. Avery Pryce and Derri-Ann Hill will also be key athletes for the Hayes-based institution.

Girls ‘Champs’ 2015 is expected to be very close…perhaps even a nail-biting affair between the formidable trio of St. Jago High School, Edwin Allen and Hydel High. The resurgent pair of Holmwood Technical and Vere Technical High will round out the top 5.