Trials behind her, Campbell Brown enters final stretch before London 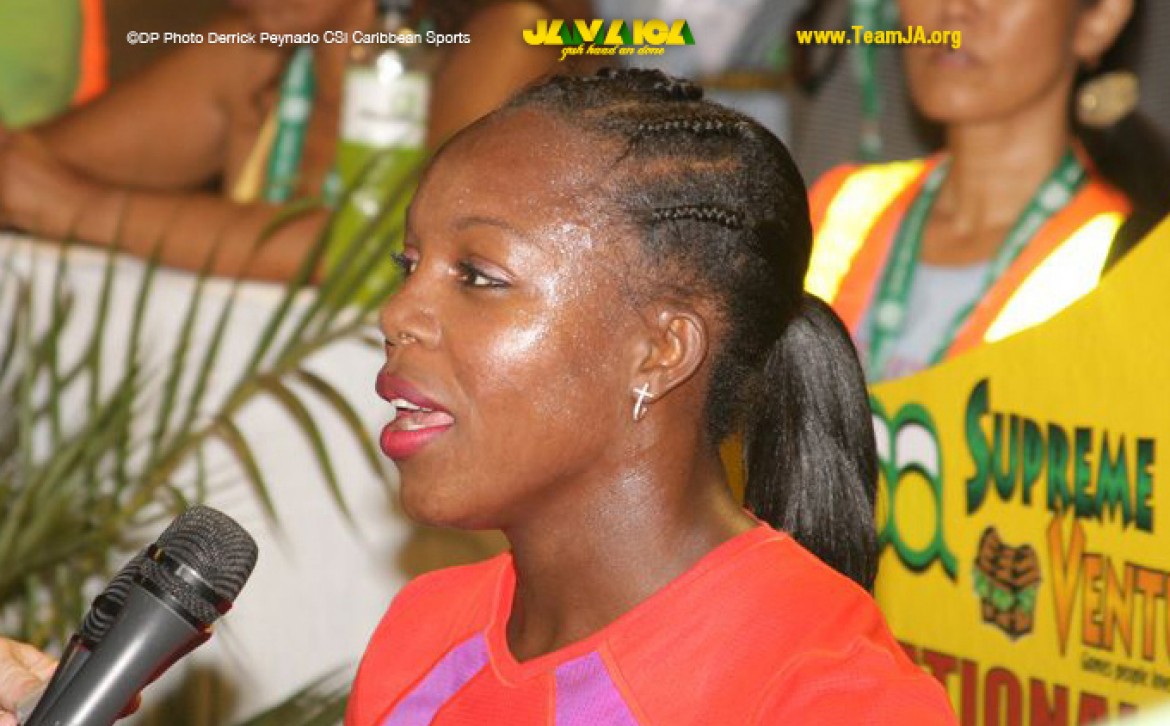 With the grueling Jamaican Olympic Trials now behind her, Veronica Campbell Brown is now turning her entire focus to her upcoming appearance at the Olympic Games in London where she will be targeting a third consecutive victory in the 200m.

“Each June, the focus is on National Championships and every four years, the Championships takes on added significance as it doubles as the Olympic Trials. There are months of preparation and competition with an eye on performing at ones best in order to become an Olympian. You have to get it right on that last weekend in June, there is no redo, it’s all a part of what makes the Olympic Trials the special event it is.

Veronica Campbell Brown with members of her Foundation (Claude Bryan)

“I raced just once in the month in the lead up to the Trials, competing on my training track in Clermont, Florida at 100m. I spent the rest of my time primarily doing last minute fine-tuning for both of my events. I arrived in Kingston a few days before the National Trials started, visited with my family and enjoy some Jamaican cuisine… Lol.

“I also took time out to meet with the Board of my Foundation to strategise the way forward in our quest to enhance the lives of young girls in Jamaica. I will have more to say on the Foundation very soon.

“As for the competition, I accomplished my goal which was to make the team in both events finishing second in the 100m and third in the 200m.
“Speaking of the Olympic Games, I must say, as a UNESCO Champion for Sports Ambassador, I was excited to read that Saudi Arabia and Brunei has followed the lead of Qatar in sending, for the first time, women to the Olympic Games. I am also thankful that the IOC is considering granting them entry, despite not meeting the international qualifying standards. I hope athletics will be one of the sports that is featured when these countries arrive in London.

“Despite my focus on the Trials, I took time out to watch some of the National Basketball Association (NBA) Finals. I thought it was an excellent series and was happy the title came to the state of Florida.

“Now I turn my focus to final preparations for London. I pray for good health and if that is granted, all will be well for me.