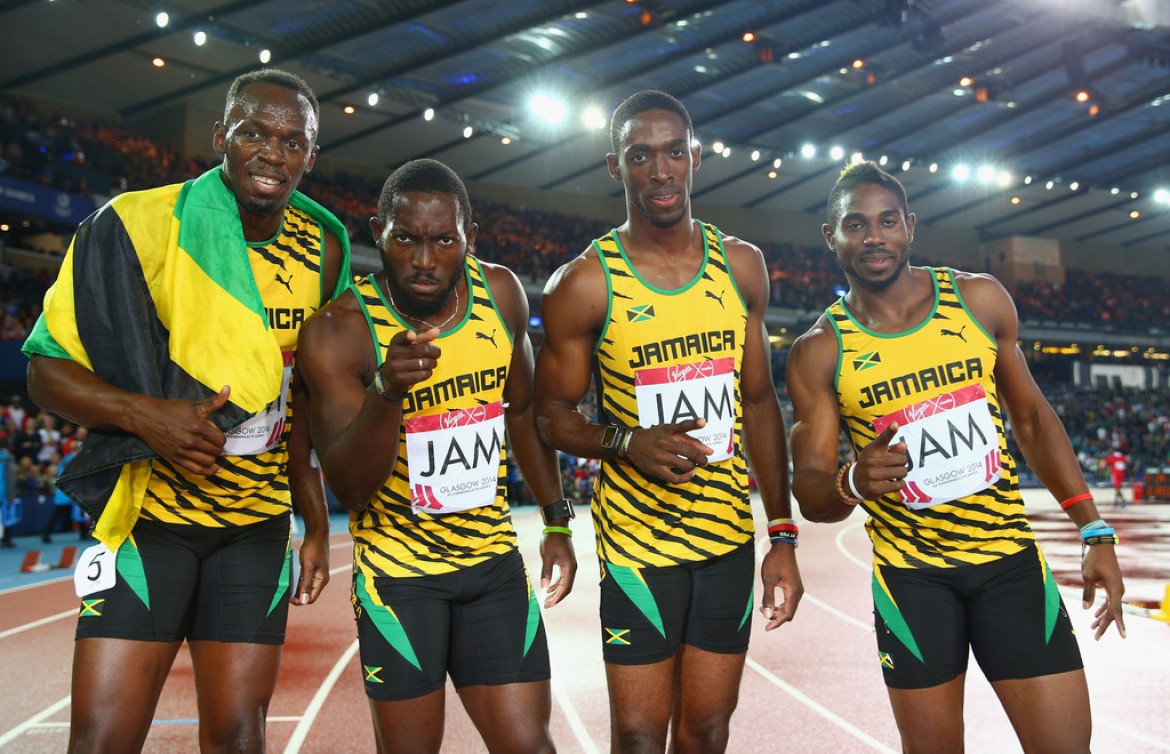 At the inaugural IAAF World Relays in the Bahamas in 2014, Team Jamaica Men beat the USA 2-1 in the head-to-head match-ups and with a very strong team named, expectations are high for the dominance to continue in the 4x100m and 4x200m at the 2015 edition.

The last time Team Jamaica lost a 4x100m race to the USA Men at a global athletics meet was in 2007. Since then the all conquering Jamaicans have won two Olympic titles, three IAAF World Championships Gold medals and one IAAF World Relays title setting three World Records in the process including the jaw-dropping current mark of 36.84.

To make matters worse the long-standing 4x200m World Record held by a USA quartet for over two decades was erased from the books at the 2014 IAAF World Relays by Team Jamaica anchored by Yohan Blake. The USA men have not experienced this level of drought before and are chomping at the bit to end the seven years in the wilderness.

The defeats in the ensuing years to Jamaica have not gone down well with USA and their egos have been bruised time and time again with several failed baton exchanges in and before the finals at major meets. They are on a high and judging by their reactions after the PENN Relays win, will face the starter confident of victory over a Jamaican team that will be without Yohan Blake.

They could be in for a rude awakening however, as the ‘Legend’ Usain Bolt, will be even more motivated to pilot Team Jamaica to yet another win over the Americans. Bolt missed the World Relays in 2014 due to injury. The USA team will be led by a pumped up Justin Gatlin who went unbeaten in 2014 over the 100m and 200m. It is important to note however that Bolt was absent from the circuit during that time.

Nesta Carter, Kemar Bailey-Cole, Julian Forte and Andrew Fisher of Jamaica are introduced to the Men’s 4×100 metres relay during day two of the IAAF World Relays at the Thomas Robinson Stadium on May 25, 2014 in Nassau, Bahamas. (May 24, 2014 – Source: Christian Petersen/Getty Images North America)

The 4×100 relay pool for Team Jamaica will see the triple world record holder Bolt being accompanied by 2013 World Championship 100m Bronze medalist Nesta Carter who ran the opening leg on two of the three World Record teams, 2014 Commonwealth Games 100m Champion Kemar Bailey-Cole and the much improved trio of Julian Forte, Andrew Fisher and Kemarley Brown who will be making his senior team debut. Carter, Bailey-Cole (Heats), Forte and Fisher (Heats) were members of the team that won the event in 2014 in 37.77.

Bolt is expected to lead the charge in the 4x200m as well and will be joined by 2013 World Championships 200m Silver medalist Warren Weir, 2014 Commonwealth Games 200m Champion Rasheed Dwyer and the trio of Jermaine Brown, Jason Livermore and Nickel Ashmeade. Team Jamaica won the event at the inaugural meet in 1.18.63 to break the previous world record of 1.18.68. Weir, Ashmeade and Brown ran in the finals while Dwyer and Livermore ran in the heats.

Warren Weir (L) of Jamaica takes the baton from Jason Livermore as they competes in the Men’s 4×200 metres relay during day one of the IAAF World Relays at the Thomas Robinson Stadium on May 24, 2014 in Nassau, Bahamas. (May 23, 2014 – Source: Christian Petersen/Getty Images North America)

The Jamaican men have not enjoyed much success in the 4x400m at global meets for some time with their best showing in recent years being a Silver medal at the 2013 World Championships in Moscow. The team will be hard-pressed to emulate much less surpass that feat, however history has shown that when these athletes don the national colours of Black, Green and Gold, the impossible becomes possible.

Team Jamaica failed miserably in the mile relay at the 2014 World Relays and was disqualified after possibly one of the worst opening leg and baton exchange in recent memory. This year’s team will be looking to exorcise the demons of 2014 in their bid for a podium finish. The relay pool includes Edino Steele, Rusheen McDonald, Javere Bell (Heats) and Javon Francis (who can forget his astonishing effort on anchor), members of the team which won the Silver medal at the 2014 Moscow World Championships.


[/column2_last]
Jamaicans are hoping for a repeat performance and many eyes will be eagerly watching schoolboy Nathon Allen who is expected to make his senior team debut. Allen is one of four schoolboys to have run sub 46 for the 400m in 2015 and is a part of a new wave of quarter-milers who have raised hopes of a return to 400m prominence at the world level. Intercollegiate champion Jonia McDonald also gains his first senior team call-up.

Team Jamaica was expected to enter the men’s 4x800m event, however, news emerged late Tuesday evening (April 28) that the Jamaica Administrative Athletic Association was forced to withdraw after several of the invitees failed to accept the invitation (confirm availability) in time to meet the cut-off deadline issued by the IAAF.

Sources have indicated that there could be more late changes to the World Relays contingent following reports of injuries to a few of the invitees.