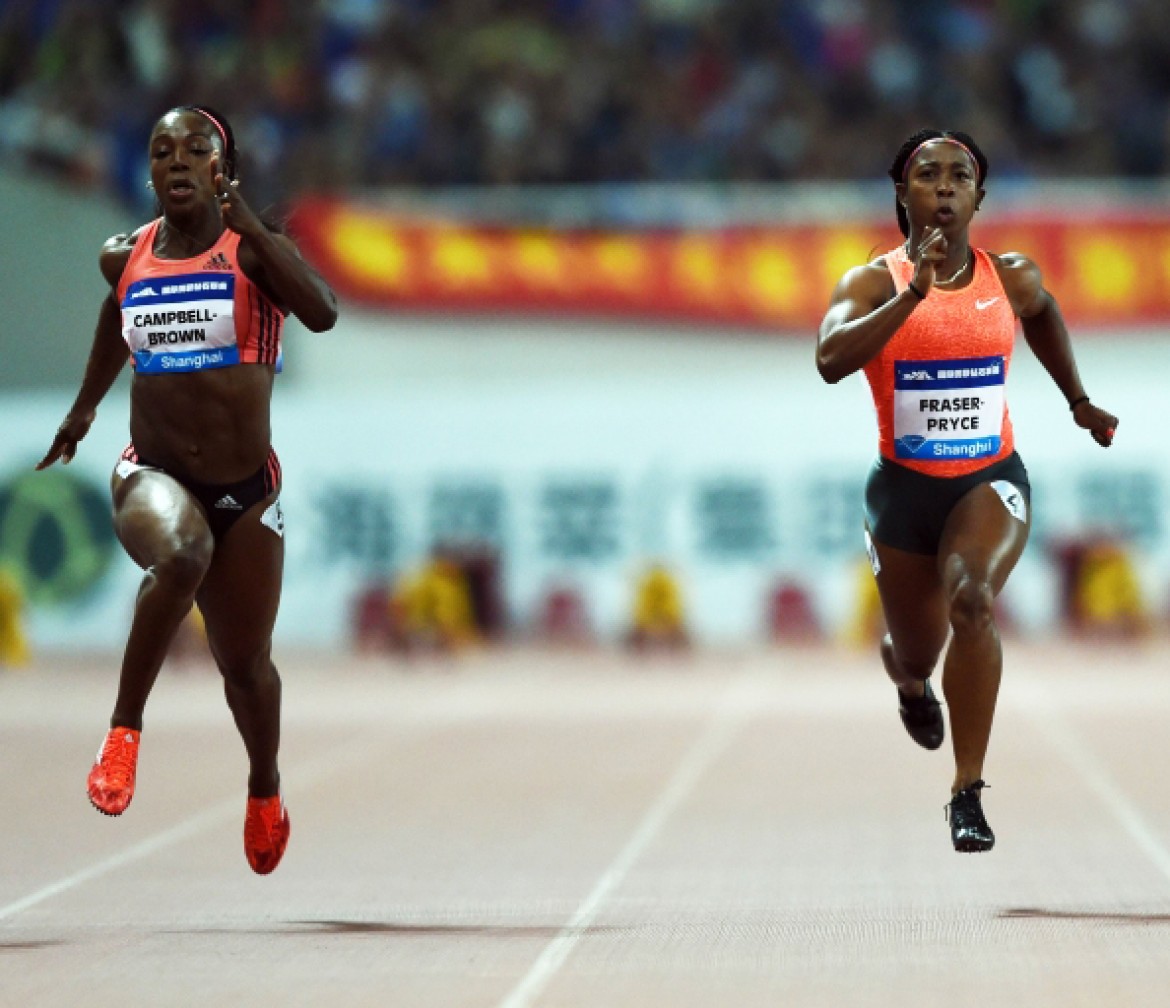 Veronica Campbell Brown (R) of Jamaica competes in the Women’s 200m during the 2015 IAAF World Challenge Beijing at National Stadium on May 20, 2015 in Beijing, China. (Lintao Zhang/Getty Images AsiaPac)

One of the world’s most highly decorated female sprinters, Veronica Campbell-Brown, will make her long awaited first appearance in Oslo, when she competes in the Diamond League 100m at this year’s ExxonMobil Bislett Games on 11 June.

Two-time Olympic champion Shelly-Ann Fraser-Pryce has been added IAAF Diamond League Golden Gala Pietro Mennea to contest 200M. The Jamaican has competed in the 100m in the Italian capital on several occasions in the past, but this will be the first time she has contested the longer sprint in Rome.