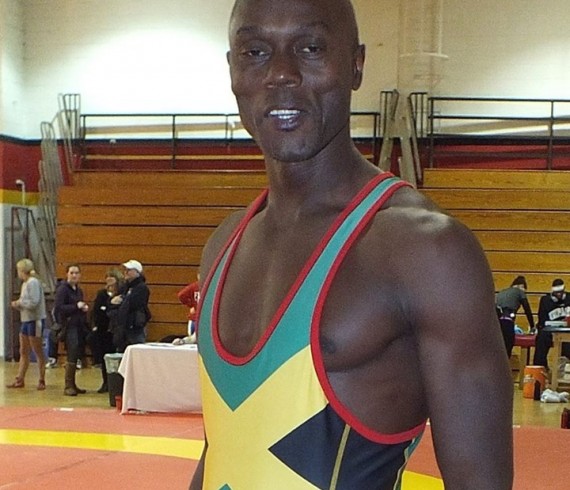 by admin· February 16, 2015· in News, Wrestling· 0 comments tags: Wrestling
Jamaican Wrestler Kevin Wallen Kevin Wallen started wrestling in 1985 at age 15 when living with his mother in Canada. He always had the desire to represent Jamaica in the spot. In 2010 with the help of the Chairman of the Commonwealth Wrestling Association Josip Mrkoci the Jamaica Wrestling Federation was born. Kevin represented Jamaica at the Commonwealth Wrestling Championships and Australia Cup in Melbourne Australia and recently competed at the Guelph Open 2015 representing for the second time. Kevin wrestled two tough matches and lost, he said it felt amazing to be able to represent. Kevin was the only wrestler to represent Jamaica for many years. This is no longer the case as the federation is putting together a solid team. “This is an amazing time in our history and I am honored on every Level to be a part of this.” Says Wallen   In a few years from now this sport will become one of the most important tools we have in our arsenal as we look to get disenfranchised youth off the streets and into something productive. “Here I am 30 years later in amazing shape proudly wearing my country’s colors – at the 2015 […] Read More