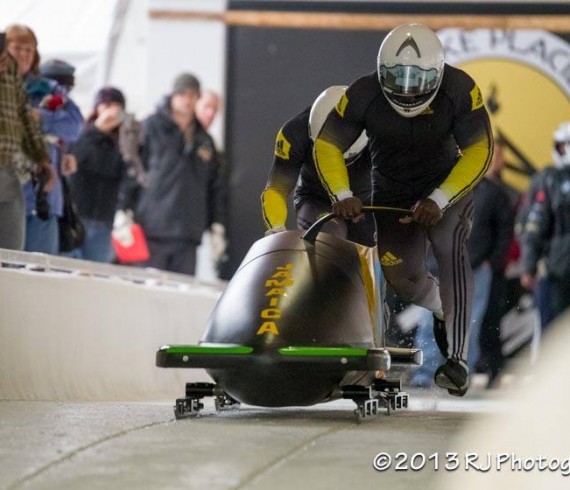 by admin· January 20, 2014· in Bobsled, Bobsleigh, News, Winter Olympics· 0 comments tags: Cool Runnings, Jamaican Bobsled Team, Jamaican Bobsleigh Team, Sochi 2014
Just when you thought you have seen the last of Jamaica, Jamaica has made headlines once again. This time in the form of a bobsleigh team that has been qualified for the winter games. If you are thinking this all sounds familiar then you have probably seen or heard of the film COOL RUNNINGS based on Jamaica’s first competing in Olympic bobsledding in 1988 at the Calgary Games, a heartwarming story that inspired the Cool Runnings film. Visit NBCNews.com for breaking news, world news, and news about the economy After 12 years of absence from the winter Olympics Jamaica’s bobsleigh team has qualified for the 2014 sochi winter Olympics in Russia; exciting stuff for a country that has 80 degrees all year round. The two man bobsleigh team is being piloted by 46 year old Winston watt who is the second oldest man to pilot in Olympic history. Captain Winston watt and teammate Marvin Dixon are set to reheat the winter Olympic games as this generation of cool runners. [hr] [column2] [/column2] [column2_last] [/column2_last] [hr] Similarly to the original film the 2014 Jamaican Bobsleigh Team has met up with their financial accounts as well and are in need of […] Read More