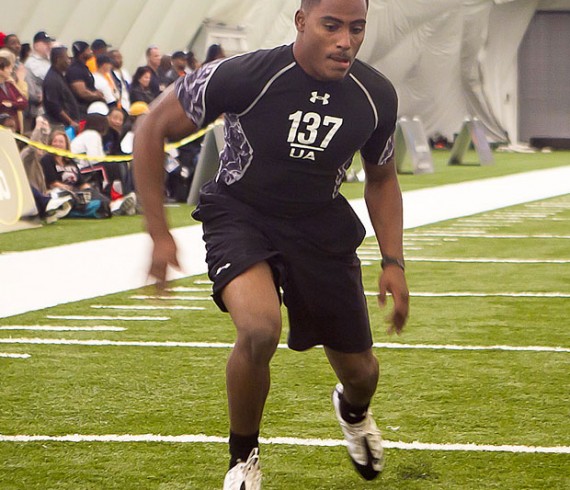 by admin· January 13, 2013· in Football, News, Sourced· 890 comments tags: Bob Marley, Nico Marley, Rohan Marley
For Nico Marley, his last name brings two very different set of expectations. On one hand, he is the grandson of Bob Marley, reggae’s greatest legend. On the other he is the son of Rohan Marley, a former star linebacker at the University of Miami during one of the Hurricanes’ past glory periods. For the youngest of the three Marleys, there is little doubt about where he gets his guidance. He is his father’s son, with even more leadership qualities. “He’s really impressive. When I see him, I see myself as a better player. He plays like I played in college. He’s everywhere,” Rohan Marley told the Miami Herald. “I remember when he was a little boy in Jamaica and I was still training, playing football in the [Canadian Football League] I took him to the beach with me when he was 2. I ran full speed down the beach holding his hand. He ran with me all the way. That’s when I knew he was a tough boy.” It turns out that Nico Marley has developed into something more than a tough boy. At an undersized 5-foot-7 and 182 pounds, Marley eventually committed to play linebacker at Tulane after failing to receive […] Read More