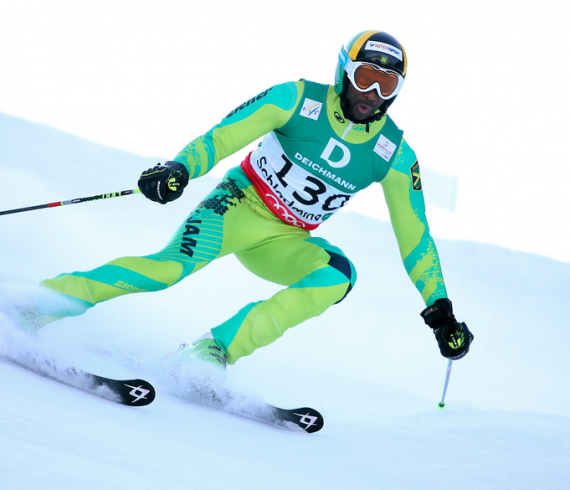 by admin· February 13, 2015· in News, Winter Olympics· 0 comments tags: Jamaican Alpine Skier, Jamaican Skier, Michael Williams, skiing
Jamaican Alpine Skier Michael Williams Michael Williams only discovered skiing by accident. As an 18-year-old of Caribbean descent living in Canada, he had turned on his TV to watch the celebrated Jamaican bobsled team at the 1988 Winter Olympics in Calgary, but got hooked on skiing as well. He loved the way Alberto Tomba of Italy and Pirmin Zurbriggen of Switzerland glided down the slopes. “I wanted it too,” Williams, now aged 45, says of the revelation on his blog page, called ‘Jamaican Dream Chaser’. “I wanted to be called ‘Blackman Zurbriggen.’ I wanted to be a beast on the slopes like he was.” Over time the dream faded; Williams excelled instead at American football and even played professionally for a while in Europe as a quarterback and receiver. [column2] [/column2][column2_last] [instagram-feed] [/column2_last]   Late starter on the slopes Only at the age of 43 and when settled into a family life in Germany, did Williams finally decide he wanted to take up skiing competitively. “The first reaction I get when I tell people I’m a skier from Jamaica is always about Cool Runnings,” Williams said to reporters at the alpine skiing world championships in Colorado this week, referring […] Read More 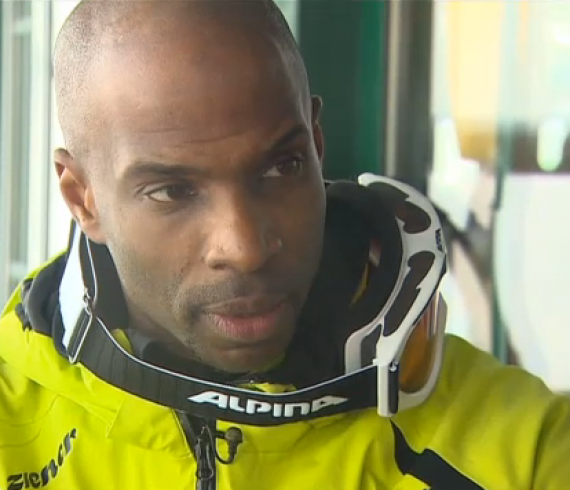 by admin· March 25, 2013· in Jamaica, News· 715 comments tags: alpine, cool running, Jamaica, skiing, snow, sochi, winter games
Michael Williams is striving to take part in the 2014 Winter Olympics for Jamaica. The novelty of four Jamaicans swapping their tropical Caribbean homeland for the freezing slopes of Canada to become the first team from their country to compete in the bobsleigh was a story that resonated around the world. It also planted a seed in the brain of another Jamaican who, 22 years later, began his quest to ski at the 2014 Winter Olympics in Sochi. The 42-year-old has until January 2014 to achieve the required points to get in. Despite taking up skiing at 40, Michael Williams is determined to represent Jamaica at the 2014 Winter Games.     “I actually watched ‘Cool Runnings’ and the bobsleigh team from 1988 and was inspired,” Williams, who refers to himself as “The Dream Chaser,” told CNN’s Alpine Edge show. “I just thought it was the coolest thing — Jamaica in the Winter Olympics and they did well. “I watched a lot of skiing during those Olympics, Alberto Tomba (Italian who won two golds in Calgary) was the king of the Games and I thought, ‘Wow, it’s incredible what these guys can do.’   “I thought I’d love to combine […] Read More