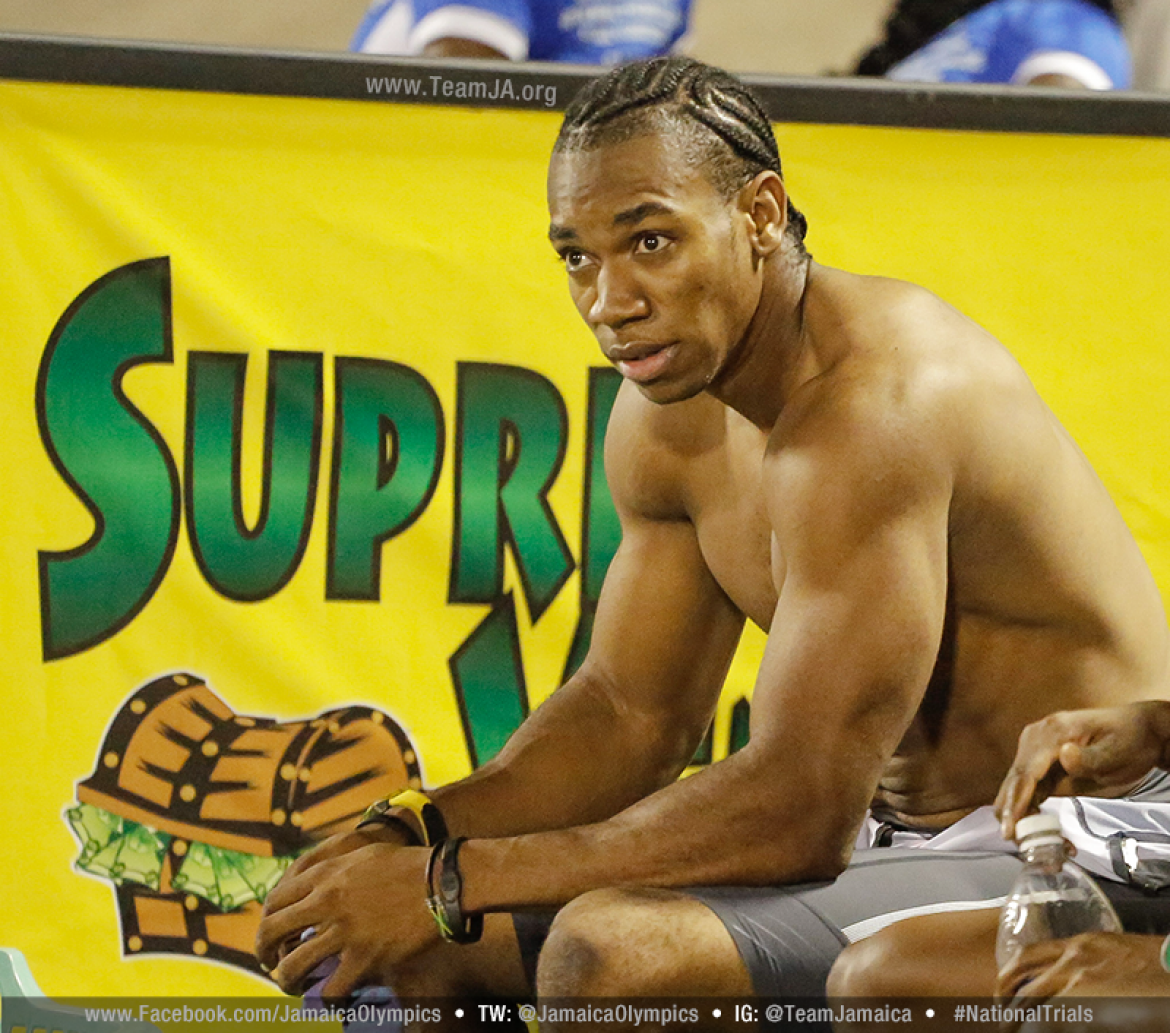 Former world record holder Asafa Powell, who last night won yet another 100m National Senior title came out in support of 2011 IAAF World Champion who finished 6th in his semi-final and failed to make the final.

“It’s very sad what happened with Yohan (Blake). He just needs to take his time to get back to his best. Next year is a big year so he just needs to focus on that”, Powell said in his post race interview.

The 32 year old Powell, who is unbeaten in 2015, also responded to suggestions from reporters that the Jamaicans were some way off the blistering pace being set by the Americans led by Justin Gatlin and Tyson Gay. “We still have it. We have been on top of the world for a number of years now and we are still going to continue that trend”, said Powell after a slight chuckle.

The affable Jamaican speedster out of Charlemont High School indicated that he offered congratulations to Ashmeade and Bailey-Cole after both broke the 10 second barrier on the way to season best times.

The two time World Championship Bronze Medalist is confident he will be a factor in the individual event on his return to the Bird’s Nest Stadium in Beijing and credited his new environment and his coach and brother Donovan Powell for a lot of positives in his program. The Sub 10 King also expressed confidence that despite the slow start to the season, Usain Bolt would be ready for Beijing.