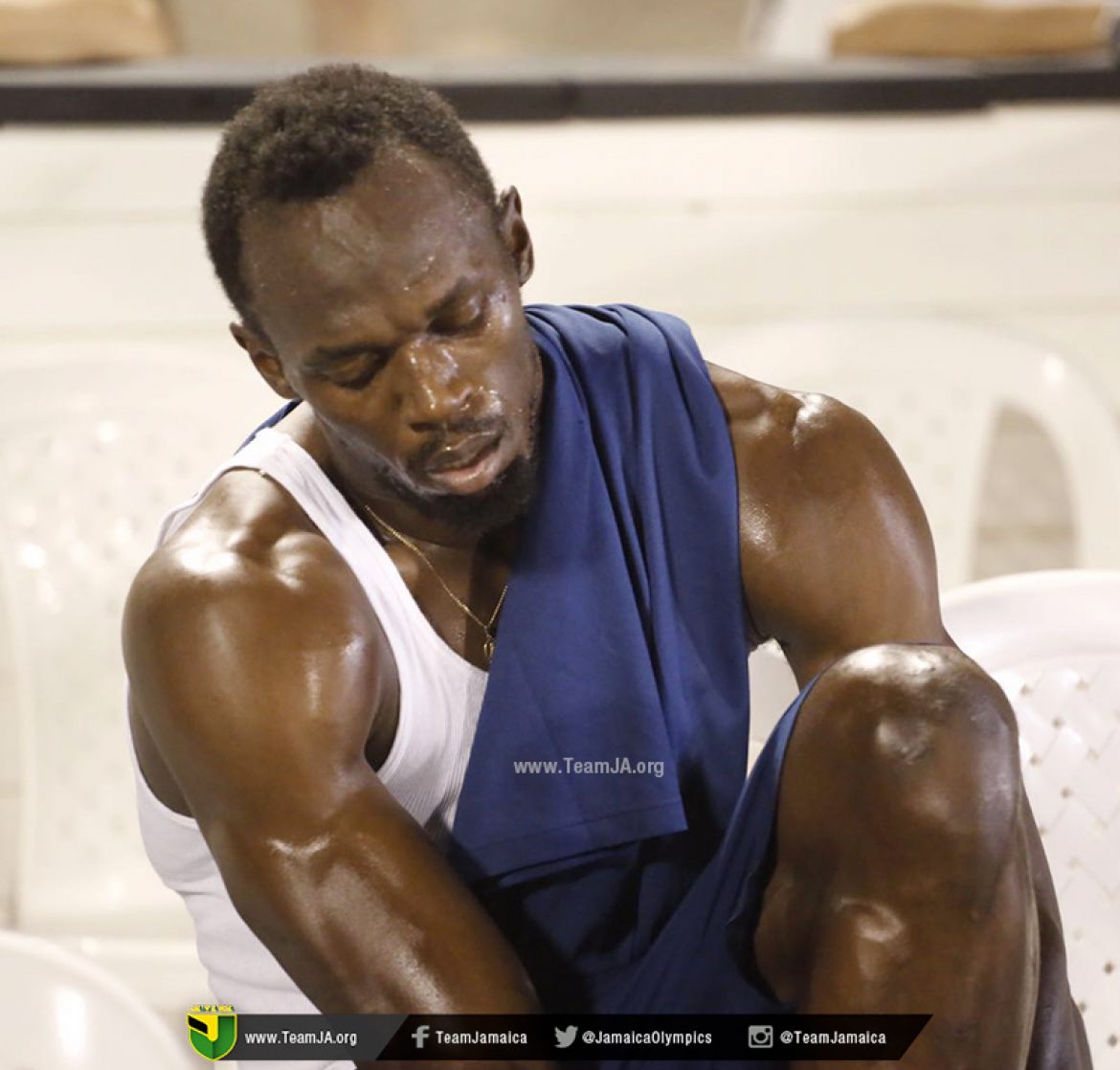 The track and field world received a jolt when just over an hour before the men’s 100m, news broke that two time defending Olympic Champion Usain Bolt had been pulled from the event for medical reasons. The world record holder had earlier won his semi-final in 10.04 ahead of Senoj Jay Givans (10.06) and surprise package Jevaughn Minzie (10.07).

The 29 year old reportedly felt some discomfort in his hamstring after his first round of competition on the opening day and again after winning his semi-final heat. After a detailed examination by the head of the medical team at the championship, Bolt was diagnosed as having suffered a Grade 1 tear.

Bolt, the undisputed face of athletics and one of the most recognizable icons in all sports was granted a medical exemption by the local governing body for track and field, the Jamaica Administrative Athletics Association (JAAA).

*In a release on his twitter handle, the six time Olympic gold medalist assured his legions of supporters worldwide that he ‘will seek treatment immediately and hope to show fitness at the London Anniversary Games on July 22 to earn selection for the Olympic Games in Rio’.*

Statement from Usain Bolt after withdrawing from the rest of the Jamaica Senior Trials:

“After feeling discomfort in my hamstring after the first round last night and then again in the semi-final tonight I was examined by the Chief Doctor of the National Championships and diagnosed with a Grade 1 tear. I have submitted a medical exemption to be excused from the 100m final and the remainder of the National Championships. I will seek treatment immediately and hope to show fitness at the London Anniversary Games on July 22 to earn selection for the Olympic Games in Rio.”

Bolt at the time of the Jamaican Senior Championships was the 2nd fastest athlete over 100m this season with a time of 9.88 behind Jimmy Vicaut of France (9.86). The Jamaican who is the two time defending champion over the 200m was yet to open his account over that distance.

The JAAA Selection Policy makes provisions for situations where athletes have been granted medical exemptions:

The men’s 100m final was won by 2011 World champion and London 2012 sprint double silver medalist Yohan Blake over Nickel Ashmeade and the much improved Minzie. It will be interesting to see how the JAAA deals with the matter of the 200m given the fact that Bolt at the time of the trials had no listed time for the 200m.