FIELD EVENTS NEED SOME LOVE TOO 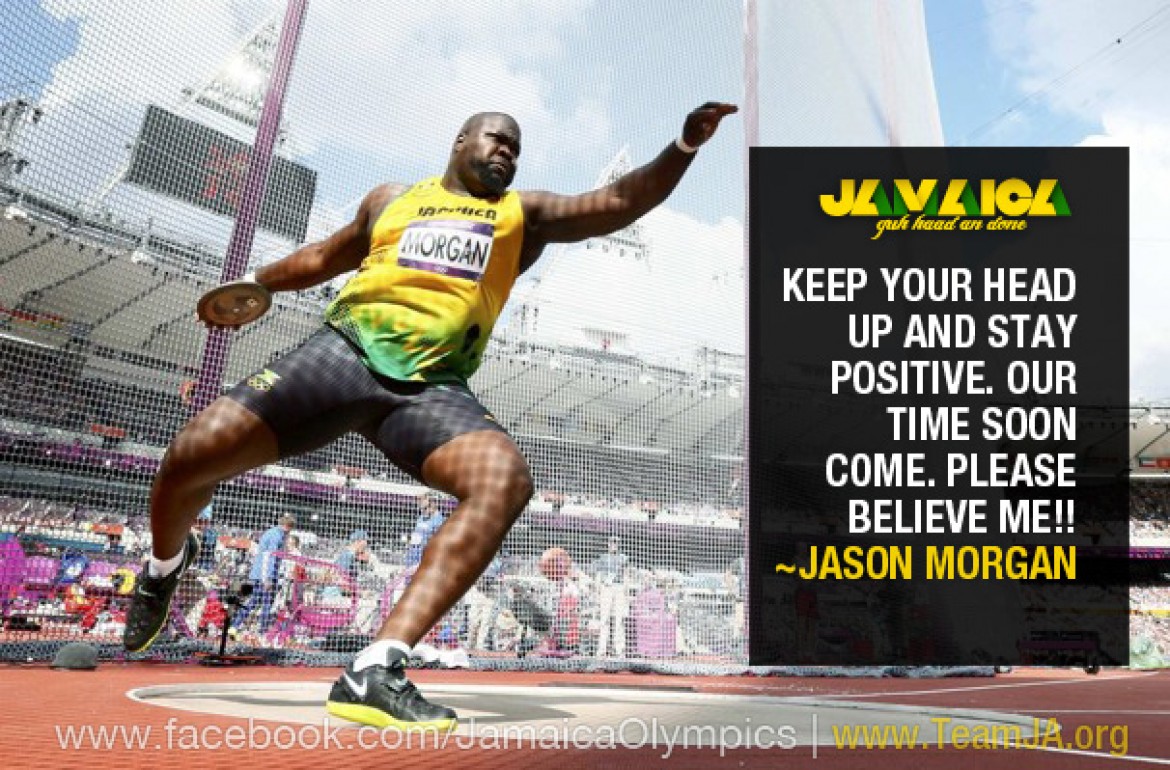 Until Usain Bolt, Yohan Blake and Asafa Powell rattled off fast early season times in the 100 metres, the hottest men’s event for Jamaica was the discus. Jason Morgan had extended his national record from 64.11 metres to 65.61 and latterly to 67.15. Almost in response, reigning national champion Traves Smikle came within 9 centimetres of the old mark with a personal best of 64.02 metres. At this year’s Nationals, Smikle came oh-so close with a big winning throw of 67.12.

Those marks got Jason and Traves past the Olympic ‘A’ qualifying standards respectively. For the first time in our long and glorious track and field history, Jamaica had two throwers in an Olympic throwing event.

Our love affair with sprinting means that those numbers don’t ring a bell to most. The odds are really long on Morgan being recognized in Jamaica by all but the hardiest track and field aficiandos. Yet the 67.15 placed the faceless Jamaican at seventh on the 2012 discus performance list at the time. That’s a fine achievement.

His new found world class status hasn’t come easily. Once a winner at Boys Champs for Calabar, he has combined throwing with regular day jobs in the USA since he left Louisiana Tech University. Like many in what the JAAA calls non-traditional events, competing for Jamaica means missing work and the income that goes with in.

The nation bristled last year when Dorian Scott, Jamaica’s world class shot putter, was forced to withdraw from the team to the Daegu World Championships for work related reasons. He didn’t want to but it was a bread and butter issue. Unless they hit world class early, throwers and jumpers seldom make big money from endorsement contracts right out of college.

Those concerns have ushered 2009 national long jump champion Alain Bailey off to early retirement and probably shuttled talented Julian Reid off to Great Britain where funding is provided to bright prospects.

Like all athletes, throwers need a place to practice. In addition, they need discs to throw and one disc can cost up to US 300 dollars. It can’t have been easy for Morgan.

His pleas for help beyond the little he has received seem to have fallen on deaf ears so far. Perhaps, past student bodies should help their graduated student-athletes after they leave college. That would mean, for example, Calabar programming into their budget a slice to support the Jason Morgans of this world.

In events like the discus, practice makes perfect and in general, veterans rule. Elsewhere, they’ve been enabled to continue. Without funding, like Bailey, Jamaican field event practitioners can’t stay with their events long enough to get really good.

If we really want to dominate the world of track AND field, we’ve got to give Morgan and the rest of the aces in non-traditional events a fighting chance.