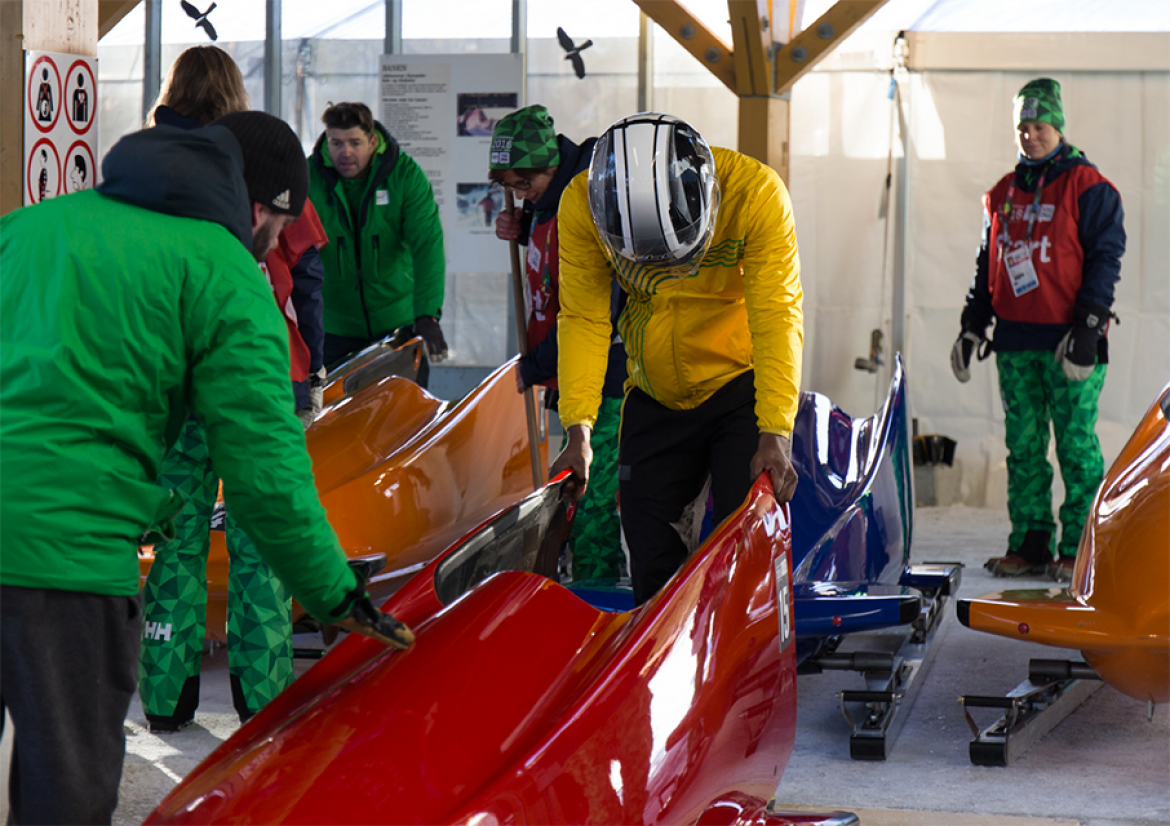 Jamaican Daniel Mayhew will be the first bobsledder to represent Jamaica next week at the Youth Olympic Games in Lillehammer. It is remarkable that for the first time sitting in a sleigh, the 17-year-old Mayhew less than a year ago. Daniel joins the monobobs that was specially designed for Lillehammer in 2016.

Since his first run Mayhew has trained in Switzerland, Austria and Norway, where he also participated in the qualifiers. At the moment he is 22nd in the rankings and that was enough to be allowed to compete in Lillehammer. “I can go to the Youth Olympic Games is unbelievable,” he told the Jamaica Gleaner. “It was such an overwhelming feeling when I knew I was posted after my last run in qualifying.”

Bobsleigh and Jamaica is of course synonymous with “Sanka, ya dead? Ya mon”, but Mayhew is not going to join for fun only on the Norwegian ice. “I hope for a medal, maybe even gold,” said the ambitious bobsledder, from the same village as the former world record holder in the 100 meter sprint Asafa Powell. “I have the potential to do it, I just have to listen to my coach and I know I can finish top,” it sounds confident.

Feel the rhythm feel the vibe let’s go Jamaica it’s bobsled time!!!!!! Thanks for all the support guys

Mayhew hopes to continue the now rich Jamaican bobsled tradition. It began in 1988 with the legendary team of Dudley Stokes, where they are in the four-man bob run in the fourth crashed in their borrowed sled. In Albertville in 1992, they were there, but in ’94 they were fourteenth very handsome. That happened on the ice where Mayhew next week for gold hopes to go. Since 1994, a Jamaican four-man team no longer appeared at the start, but in Sochi did have two Jamaicans part in the two-seater in 2014.

The games in the monobobs Lillehammer be held on February 21, the penultimate day of the Games.