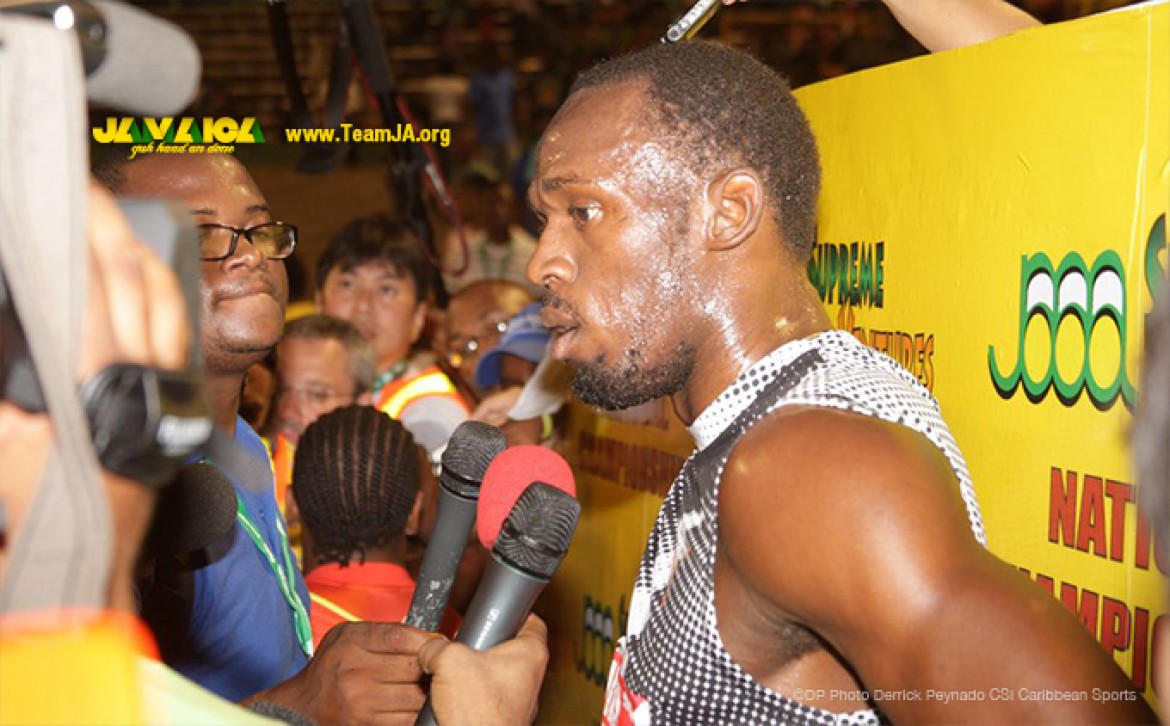 Usain Bolt’s agent revealed on Monday night that the triple Olympic champion has made a full recovery from muscle tightness that hampered him at the Jamaican Olympic trials and is training normally and “good to go” to defend his titles in London.

Last week, Bolt flew to Munich for treatment by celebrated sports doctor Hans-Wilhelm Müller-Wohlfahrt just days after he suffered a double defeat in the 100 metres and 200m at the hands of his training partner, Yohan Blake. Following his 200m loss, his first over the distance outside a qualifying heat since 2007, Bolt was given hamstring-stretching treatment on the Kingston track.

A statement was released a few days later to announce that he was being withdrawn from the Diamond League meeting in Monaco on July 20, where he was due to contest the 200m in his final competitive outing before the Olympics.

The sprinter’s subsequent journey to Germany for medical treatment raised fears that the world’s greatest athlete was struggling with a serious problem just weeks before the start of the Olympics. But Bolt’s agent, Ricky Simms, insisted the problem was nothing more serious than a tight hamstring and insisted that he was fully recovered and training normally.

He added that Bolt was now in London, his usual European base during the summer, and would be remaining there until he joins up with his countrymen at Jamaica’s pre-Olympic base in Birmingham before a few days before opening ceremony. Simms said there were no plans for Bolt to return to Jamaica before the start of the Games.

“He’s back to normal, he’s back in full training and he’s good to go,” said Simms, who dismissed reports that Bolt had been suffering from a more serious back problem and that his Olympic prospects had been in jeopardy. “His body is back to normal. The muscle tightness has gone.”

The news will be a major relief not just to Bolt’s legion of fans worldwide but to the organizers of the London Games, who charged a top price of £725 for tickets to the men’s 100m final. A race without a fully fit Bolt would have been a bitterly disappointing anti-climax.

Simms said last week that, after feeling the hamstring tightness, Bolt had decided not to race flat out during the Jamaican trials for fear of causing further damage.

“He had a slightly tight hamstring during the trials and that’s why possibly he didn’t push as hard as he could have,” said Simms. “He was just protecting that. The main thing at the trials was to get through and get on the team for the Olympic Games.

“His coach decided that he needs to get a little bit of massage and treatment on that and rest up, and then train again hard next week so that he’s ready for the Olympic Games.”

Blake, the world 100m champion and a fellow member of the Racers Track Club in Kingston, took advantage of Bolt’s problem by beating him into second place in both the 100m and 200m.

Bolt’s trip to Germany to visit the doctor who is nicknamed ‘Healing Hans’ fueled the injury speculation but Simms insisted it was a routine check-up that had been booked long before the trials.

Bolt has been a regular visitor to Müller-Wohlfahrt’s clinic since he was 16 because he has a congenital curvature of the spine that has been known to have a knock-on effect on his hamstrings.

Simms also denied media reports that Bolt’s support team had hoped to speed up the sprinter’s recovery by hiring a mobile ice chamber from a British company.

He confirmed that he had indeed been in contact with the company – but that the ice chamber was for the use of other athletes he manages, and not Bolt.

Meanwhile, concerns that triple jumper Phillips Idowu, one of Britain’s main gold medal prospects in London, might also be struggling with a serious injury problem have receded after the world silver medalist was named on the entry list for this week’s Aviva London Grand Prix at Crystal Palace.

Idowu has not competed since hurting his foot when landing awkwardly at the Diamond League meeting in Eugene, Oregon, in early June, and UK Athletics head coach Charles van Commenee admitted last week that he was in the dark over the seriousness of the issue.

However, the 33-year-old has been confirmed on the entry list for Saturday’s triple jump competition, where he will take on American world champion Christian Taylor in a key Olympic dress-rehearsal.