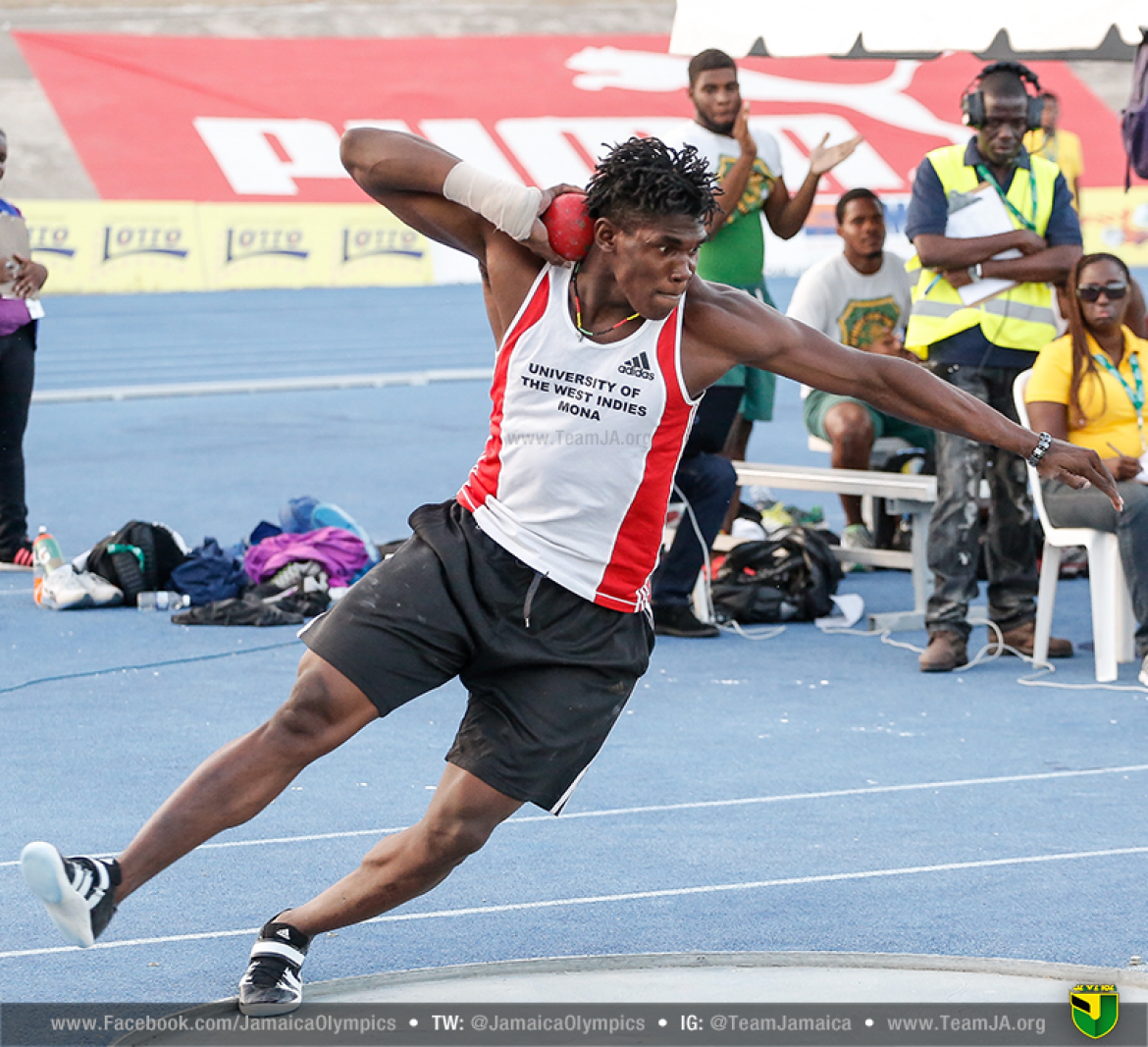 Jamaica’s Discus program is in a rich vein of form and though no dizzying marks were registered, the competitive and entertainment value was far from diminished as three of Calabar High School’s distinguished throwing alumni battled for supremacy at the JAAA/Supreme Ventures Limited 2015 National track and Field Championships.

The three big ‘Lions’, 2015 world leader Jason Dadz Morgan, Chad Wright and former World Junior and Youth Champion Fedrick Dacres had all previously attained the qualifying standard for the 2015 IAAF World Championship in Beijing, China later this year. Bragging rights was at stake for the winner of the National Senior title and the main protagonists also welcomed the opportunity to perhaps improve on their season bests.


[/column2_last]
The very popular Morgan also used the opportunity to demonstrate a few dance moves much to the delight of those watching but was unable to reproduce anything close to his world leading mark of 68.19M set less than a month ago. It was always going to come down to who executed best on the day and when the dust settled it was Dacres who grabbed the National Senior title with a best mark of 63.23M to beat Morgan with 61.89M and Wright closing out the podium spots with 61.42M. Dacres who is 8th on the world list with 66.40M was winning his 1st National Senior Title.

In other field events finals on the penultimate day, Damar Forbes won yet another National Long Jump title with a best effort of 7.98m ahead of former Wolmer’s Boys’ School standout Kamal Fuller and Denroc Dixon. Jamaica College’s Clayton Brown who failed to win any titles during the high school track and field season or at CARIFTA, copped his 2nd National Senior title after winning the High Jump on count-back ahead of long-time rival and Beijing bound Christoff Bryan. Brown who won the Triple Jump title cleared 2.15M as did Bryan but the latter failed in his first attempt at one of the lower heights.