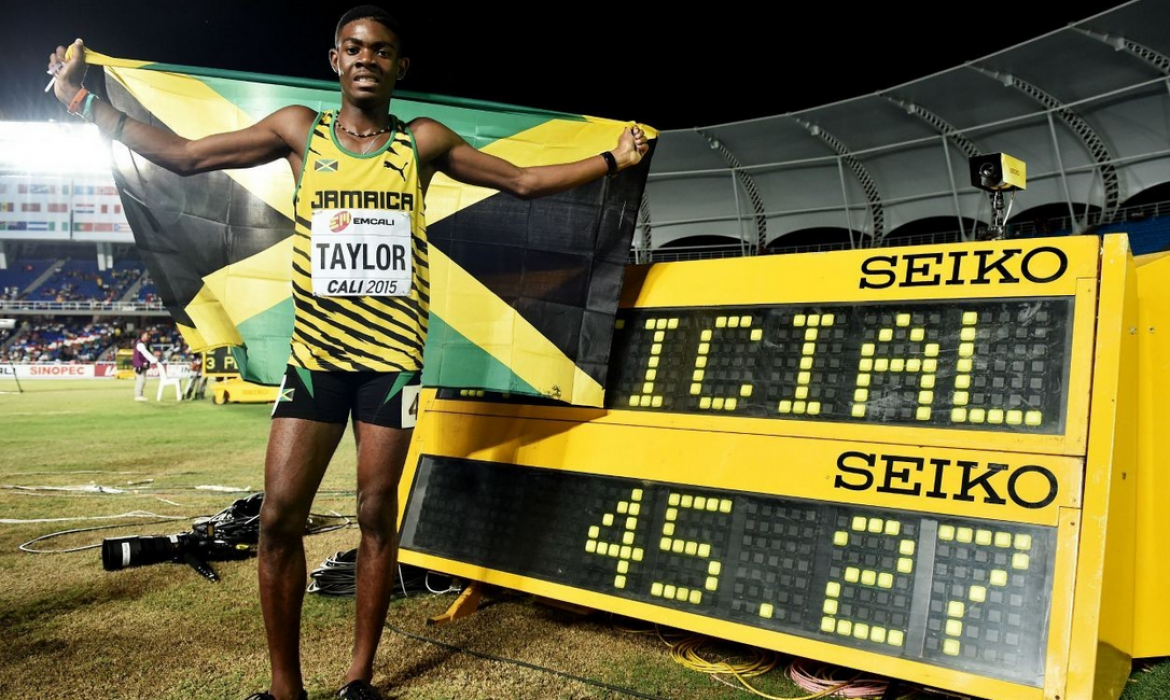 The mark, which consolidates his sixth place on the world youth all-time list between a certain Kirani James and Usain Bolt, missed James’ championships record set in 2009 by just 0.03.

“It was very hard to race today, the guys were so strong but I am happy to clinch the first gold medal for Jamaica in this championship. It is fantastic to run here in this stadium with that amazing crowd.”

Christopher Taylor has been in record breaking form all season over 400m and took his show to the highest level for his age group, the WYC. The brilliant Taylor not only lowered his own World Youth Best for a 15 year old but also erased the Jamaica National Youth Record of 45.35 set by none other that sprint legend Usain Bolt some 12 years ago. ‘Cubby’ as Taylor is affectionately called had two rivals for company coming into the homestretch but lengthened his strides impressively to win his semi-final in 45.30. The frightening thing for rivals is that Taylor seemingly had a lot in reserve during semifinal. The Championship Record of 45.24 set by Kirani James in the 2009 edition of the WYC and the World Youth Best of 45.14 set by Obea Moore at the 1995 Pan American Junior Championships appear to be on borrowed time.