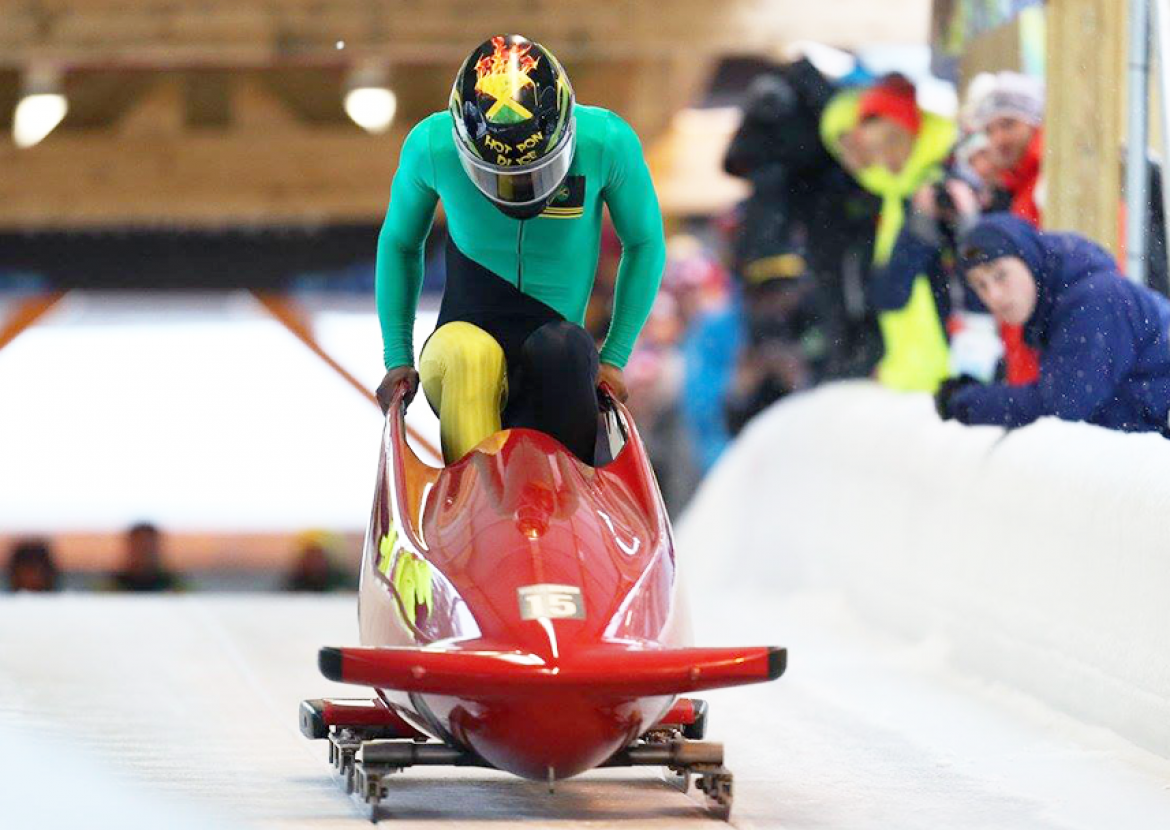 17-year-old Daniel Mayhew, who only took up the sport 11 months ago, continued Jamaica’s rich tradition in bobsleigh at the Winter Youth Olympic Games. The bobsleigh competition was held at the Lillehammer Olympic Sliding Centre, the same track on which the senior team finished in 14th place in the four-man event at the 1994 Winter Olympic Games.