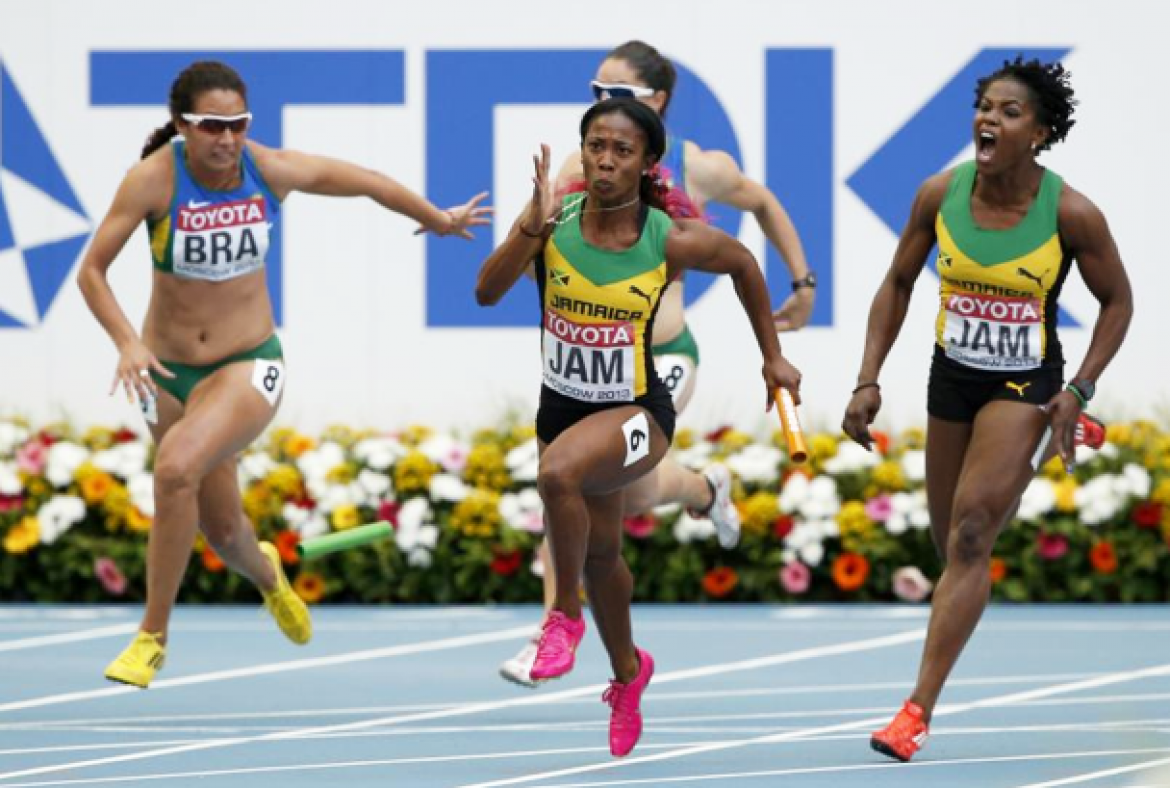 Only an disaster of epic proportion can stop Jamaica from winning 3 definite gold medals with two additional almost in the bag. Wait, zip up the bag please.

I PREDICT GOLD FOR JAMAICA IN

A botched exchange or dropped baton and it will not happen in the name of Jesus. Somebody bring me my church fan and my iced tea. Glory. L.O.L. No relation to Glory Alozie. DWL. As I said if we run Carrie to Stewart to Annie to Shelly then we win easily.

MEN’S 4X100
Easy does it for this one. I am sure our junior team could beat the U.S. Again barring drama we should win easily.

The world record could go but it’s too early in the season and everyone isn’t race sharp. It all depends on the lineup. Do I hear whispers from the penny section that they should add the 4X200 to the Olympics and World Championships? Talk up di tings.

A team of Annie Mac, Fraser-Pryce, Carrie Russel and Simone Facey should see Jamaica winning. Kerron is our fastest 200 meter runner in Nassau but her 21.99 was run back in 2008 which was almost 4 years ago.

With Stephanie MacPherson out this one will be a tough call. Is Kaliese there? Lawks even if she is there she at her best is very inconsistent.

Novlene might be the one to win this race for us. If she turns up then we are in it with a shot.