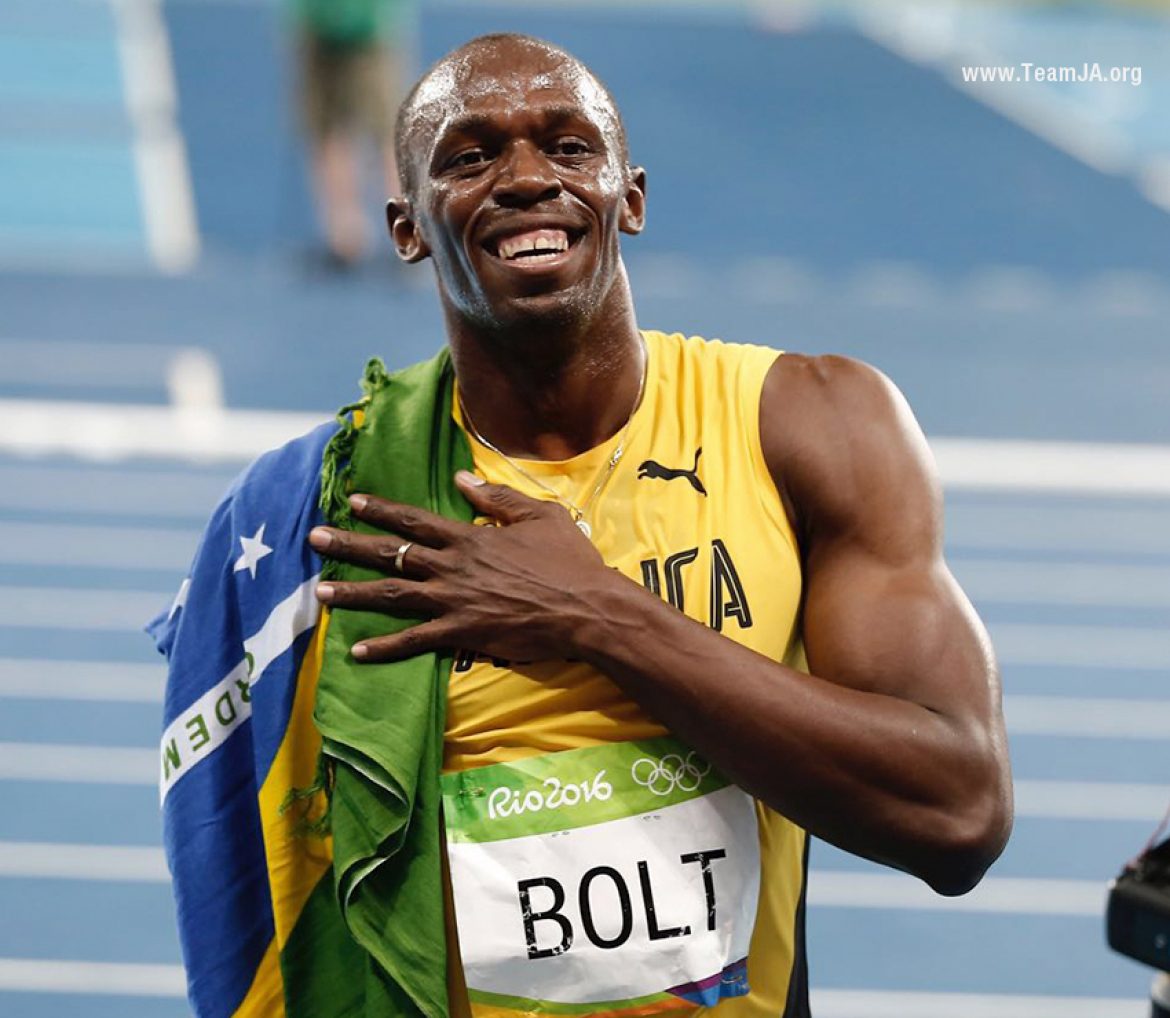 Usain Bolt had promised an assault on the world record of 19.19 given ideal conditions, adding to the spectacle of an event which he has not lost at a global championships since 2007. The Jamaican sprint juggernaut was the fastest qualifier into the finals with a season best 19.78. He looked fairly easy in doing so despite the close attention of Canadian upstart Andre De Grasse (19.80), heightening expectations of a race against the clock.

The athletes emerged from the tunnel and the roars doubled in intensity as the greatest athlete of all times made his way on the track. The eyes of the world were once again on the Jamaican and the flashes throughout the vast stadium added to the theatre of the occasion. The roars that went up when he was introduced was deafening, the Jamaican playing to the crowd in his trademark inimitable style.

It was all over bar the shouting after the first few strides as the 6′ 5″ Bolt quickly asserted his authority to glide by rivals on his outside from his preferred Lane 6 and open up on those on his inside. The race was scripted as Bolt against the clock and the Jamaican tried his best to deliver a super time by pressing on the accelerator as only he can, storming down the stretch to seal his 3rd straight Olympic 200m title, his 6th individual Olympic Gold and an incredible 13th individual Gold medal at the Olympic Games and World Championship combined.

He stopped the clock at an anti-climatic 19.78 (-0.5 m/s) in conditions that were not exactly conducive to fast times, tying his season best with the strain of effort visible on his face. Most importantly, track and field’s ultimate showman had achieved the triple double, a feat that may only be replicated by the flash of a magic wand some 100 years from now. The Jamaican who won in Beijing (19.30) and London (19.32) may not have removed his 2009 World Record of 19.19 from the books but left another indelible mark on the biggest stage of them all as he wrote the final chapter of his Olympic career.

The time really did not matter in the scheme of things as the entire stadium took a moment to soak up the historic scenes and the magnitude of the occasion. The legend embraced the attention and returned it tenfold. It was the 5th Gold medal of the Rio Olympics for Team Jamaica with Bolt emulating Elaine Thompson in winning the sprint double. Jamaica’s medal tally now stands at 7 (5 Gold, 2 Bronze).

The impressive De Grasse who chased Bolt throughout took the Silver in 20.02 ahead of the resurgent Frenchman Christophe Lemaitre with 20.12 for the Bronze. Great Britain’s Adam Gemili (20.12) and Churandy Martina of the Netherlands (20.13) rounded out the top five. American LaShawn Merritt who has the world leading time in 2016 and was inexplicably tipped by USA Today to win the Gold, faded into sixth in 20.19, perhaps suffering from the lethal combination of punches from Bolt and 400m World Record Holder Wayde Van Niekerk.

The absence of his only serious rival over the past three years, Justin Gatlin took some of the ‘competitive’ spice out of the race, although the signs pointed to business as usual, another beatdown of the American. Perhaps Gatlin felt safe not being in the finals. At least this time he escaped getting struck by lightning Bolt. After all he appeared to be a shadow of the tough talking American, a picture of forlorn stares and melancholy resignation, beaten into submission by a pummeling in the 100m.

One race commentator described Bolt, one of the most recognizable faces around the globe, as “the closest thing to athletic perfection that there is, unequivocally the greatest Olympic athlete, charismatic, accessible” and one whose “approach to the sport was full of passion, panache and personality’. The world has run out of superlatives to describe the sprint genius, the once in a lifetime ‘freak of nature’ whose track and field immortality was already guaranteed.

Bolt will be talked about for ages in a career filled with enough highlights to have sports scientist searching for an explanation that does not transcend the paranormal. Good luck to them. The most bankable athlete in the history of the sport again delivered in style, sheer poetry in motion as only Usain Bolt can. He continues to defy logic, that once in a lifetime spectacle that the world wishes could be around forever.