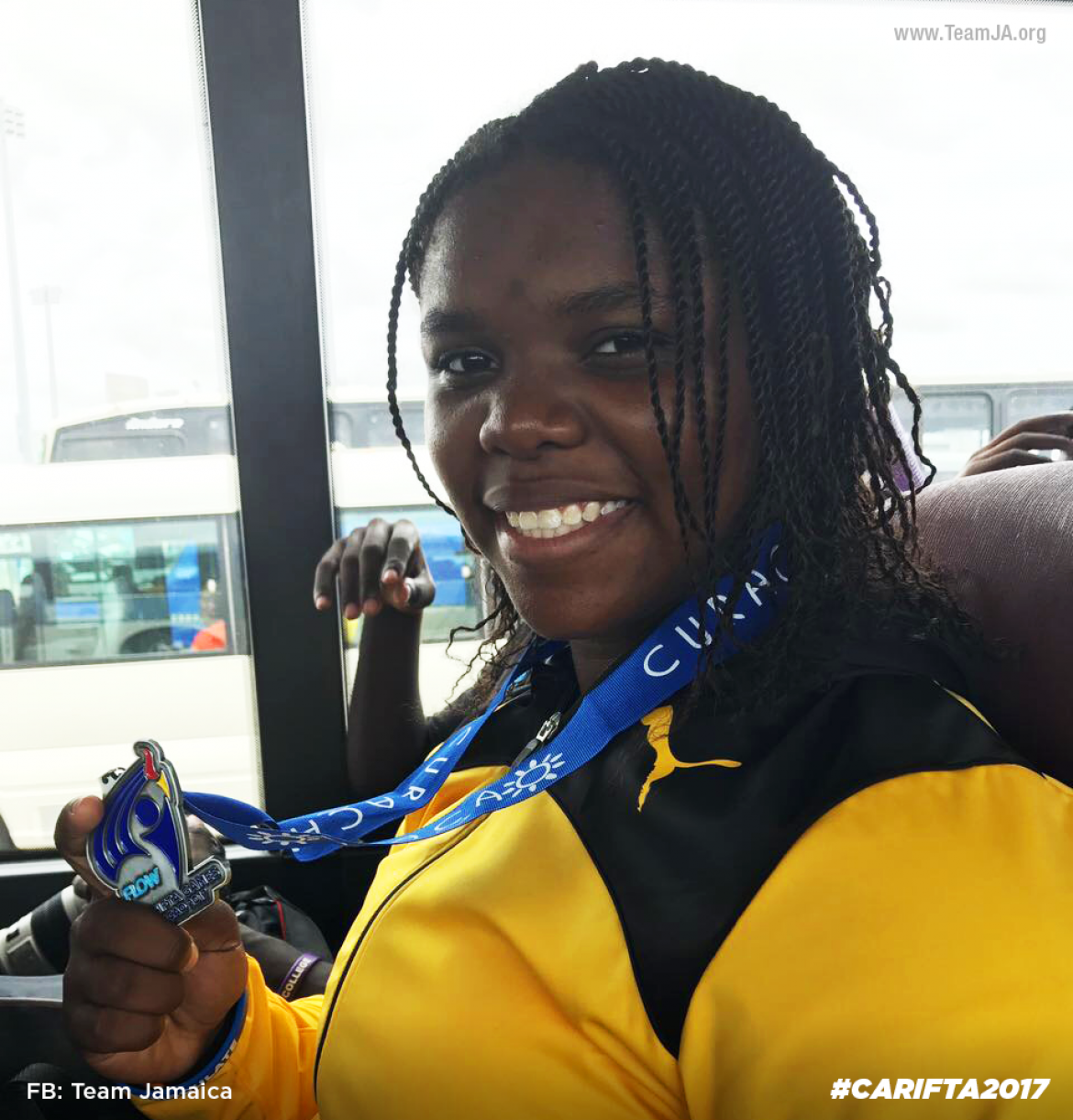 Team Jamaica’s medal account opened in fine style with deposits from the field events on the first morning of the 46th CARIFTA Games.

Jamaicans Janique Burger and Lamara Distin took the top two spots in the U18 Girls High Jump final. Burger won Gold with a best clearance of 1.77m ahead of teammate Lamara Distin (1.74m).

In the U18 Girls Shot Put Danielle Sloley copped the Silver medal with a throw of 14.12m. Shaday Hudson finished 5th with 13.31m. The event went to Ianna Roach of Trinidad and Tobago (14.43m).

Newly minted National Junior record holder Kevin Nedrick was the other Jamaican medalist on the opening morning where three finals were contested. Nedrick’s best of 60.40m saw him occupying the runner-up spot in the U20 Boys Javelin behind Keyon Burton of Dominica (62.14m).

All eight Jamaicans progressed to the finals of the 400m scheduled for the afternoon session. Team captains Christopher Taylor and Junelle Bromfield won their respective heats to advance as the fastest qualifiers in the U20 category. Compatriots Kimorla Mushette and Dashawn Morris moved into the finals with the 2nd fastest times.

In the U18 Girls 400m, Kimara Francis and Sanique Walker were the 2nd and 4th fastest qualifiers while in the Boys equivalent, the pair of Antonio Watson and Ramone Lindo made their way into the finals without much fuss.