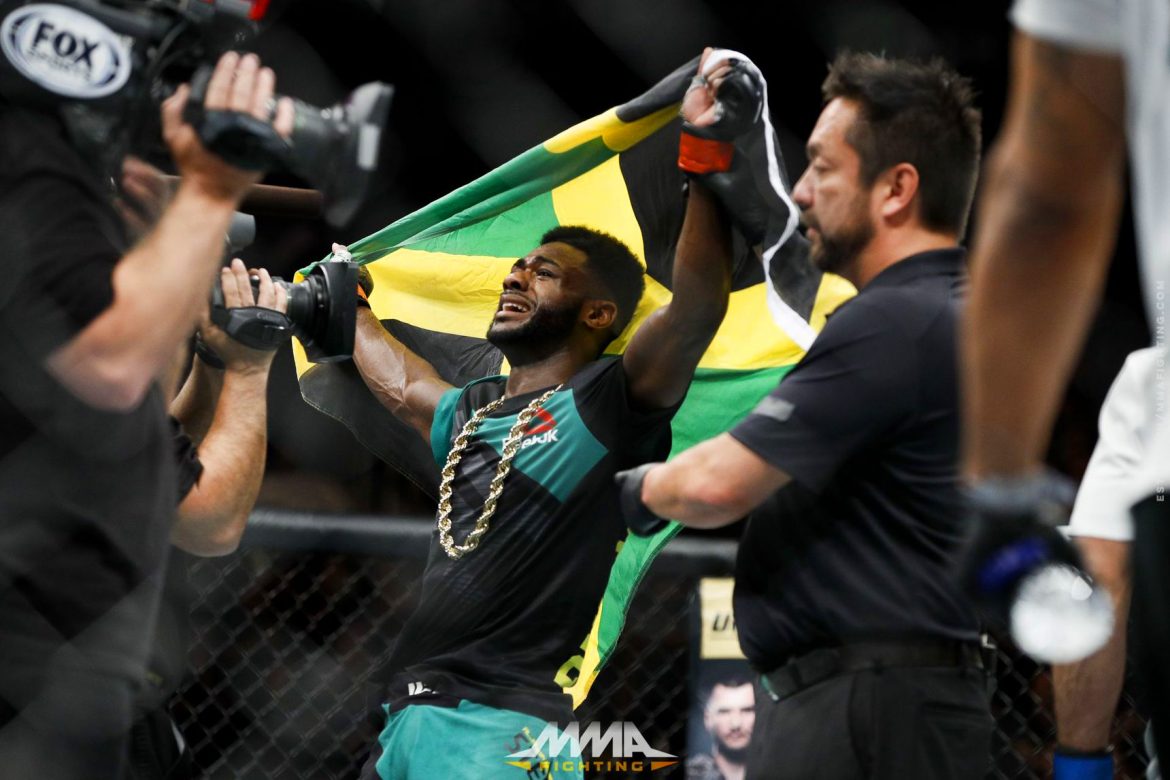 It took 16 months to get there, but Aljamain Sterling is finally back in the win column.

The Serra-Longo product from Uniondale N.Y. did what he had to do against Augusto Mendes on Saturday at UFC on FOX 24, using his wrestling and his endless gas tank to earn a unanimous over Brazil’s Augusto Mendes. The judges’ scores in Kansas City were 29-28 across the board.

The opening round was the fight’s closest. Sterling shot for a takedown, got it, and worked from top control. But Mendes, an elite grappler, began working for submissions from the bottom. Sterling used a blatant fence grab, which went unpenalized, to escape a leglock, then resumed control of the round.

The second round was largely a standing clinch war near the fence, but Steling was up for the task, scored another takedown late, and added solid ground and pound offense for good measure.

In the third, the onus appeared to be on Mendes to get something done, but Steling effectively shut him down, then landed big shots in the pocket late, in case there was any doubt.

With the win, Stering (13-2) won for the first time since a finish of Johnny Eduardo in Dec. 2015, which brought him to 12-0. After a high-profile free agency period, Sterling dropped split decisions to both Bryan Caraway and Rafael Assuncao.